Hey guys. I have recently gotten into map editing, but I am having trouble.

Issue A: I want to make my map as original as possible, and that means custom materials, details etc. However, I have followed every tutorial I can find correctly (at least I think) and the ‘Bundle Tool’ and ‘Content Tool’ don’t show up under the ‘Window’ tab in the Unity editor. Yes I did move BundleTool.cs and ContentTool.cs into the project (I don’t know if it has to be in a specific file) but it still doesnt show up.

Issue(ish) B: This isn’t really as important as the first one, but does anyone know good tutorial for making custom objects (like houses, and I want to be able to make more shipping containers for the map I’m doing) in Blender and importing it into Unity and therefore Unturned? I have only found 2: One that is sped up and has no sound (doesn’t help that I’m new to Blender too), and one that is by Nelson but it’s very long, still doesn’t explain Blender, and I can’t work properly because his voice is too soothing and puts me to sleep (Bob Ross 2.0).

Any help with these issues would be greatly appreciated, as I have wanted to make a map ever since I got Unturned in early 2017.

Issue A: Bundle tools should be in this directory. Assets\Editor\Tools You also need to have more than just bundle and content, put all the tools in.
Issue B: Look up some blender guides if you want to learn blender, Nelsons guide isn’t for newbies, he states that at the start. Some of the common tools he’s using are S, G + Y/X/Z + Typing (1.00, 2.5, 3.6 etc…)

We’ve all been there.

Thank you so much! I actually followed a tutorial you did back in 2017, but you weren’t clear on the directory and said you only needed those two. Maybe I should have looked at more recent tutorials.

Yeah, might update it some time around. It was made Unity 2017.x so a lot has changed since then.

Just tried it and it worked! Now I just need to make my textures actually good…

One question that you may be able to answer: I am making a factory safezone (hence the need to make custom shipping containers) and I was wondering if there is a way to get a square of concrete to go under the factory area instead of a circle using materials? 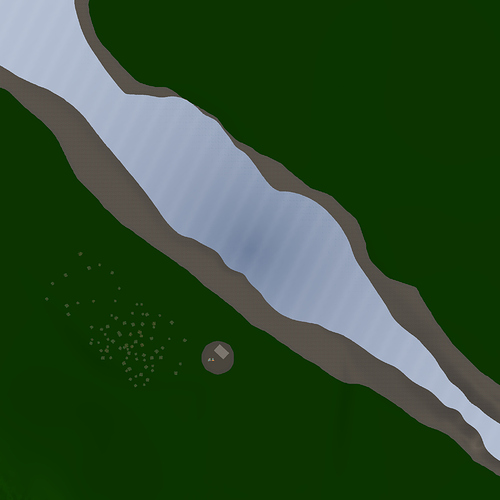 Yes I know the textures are awful, they are only temporary. Also I only just started this map. Sorry if I’m being annoying.