I think it would be cool for an NPC to appear in random places on specific days (like full moon if it is added in UII, last day of a season of the year inside the game etc) selling items.
Items can range from food, seeds to backpacks and more rare items.

He can order food, ammunition, and medicine in return, since you buy from him on days when he appears increases the likelihood of cheaper exchanges, and releases some gifts that can be any type of item.

Context: It comes from an advanced NPC base, appears on specific dates, appears in forest entrances,cities and also doing business with other NPC bases, in case it is killed in the next date, other it will appear, it does not sell weapons. 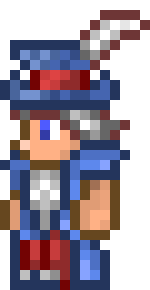 @anonimoanbu In all honesty, it would be a neat addition. Problem is, many servers don’t have a high playerbase, meaning that the merchant wouldn’t necessarily be found unless you were searching for it like a 7 year old playing hide and seek with his cat. In addition, a lot of servers are PvE or primarily Roleplay, meaning this merchant would be practically worthless. Well, that is, unless it wasn’t creative and “/i” wasn’t available. Now, for PvP servers. PvP servers mainly rely on scavenging at loot spawns and killing your enemies who might happen to step in your way. Raiding, hunting for certain players, etc. Who would spend their time looking for some merchant, all the while being at the risk of 1) Having their base raided while gone (Unless they have group members guarding it) or 2) Being killed along the way by either a zombie or another player. Yes, I do think it is a good idea, but the concept may need to be reconsidered.

On the other hand… 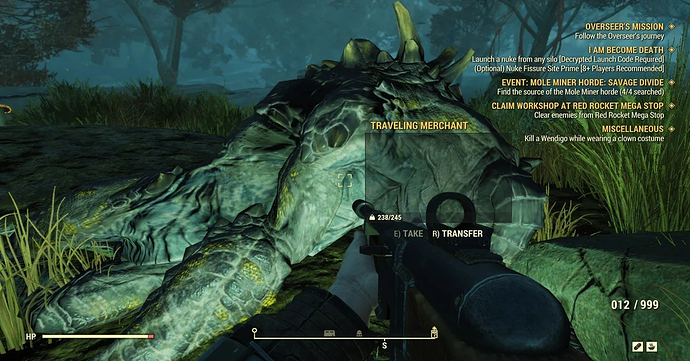 Now here is the problom, people wont want to buy with him, they will instantly kill him no matter what and they will get a lot of good loot for free, Now if maybe it is in a very guarded area with guards and turrent probably so that its not free loot

he will not drop the items when he is killed…@Zervlux

Maybe metal, nails I do not know.@Zervlux

This is a exemple

Well, that’s not exactly what I meant. What I’m saying is, it wouldn’t serve much use on PvP maps, but yes it would be a neat addition to places like roleplay and PvE maps. @RedCo Keep in mind that Fallout 76 is much more open-world and based off of a sort of “scavenger” playstyle, where most of the game you’re occupied discovering things. Yes, you can build a base but most 76 players (as far as I know) don’t really bother to. In Unturned, you run around, build bases literally everywhere, raid others’ bases, etc.

Sorry if this is confusing, but I think it is a good idea. 10/10 should add because I don’t care if PvP maps use them.

why are u playing fallout 76 in the first place

you know that people KOS right? if a merchant is added into the game then he has to be inmortal or he will get KOS in 90% of the cases seeing how unturned pvp works

Like i said maybe they setup a really protected shack

i dont think so