Any idea on how to make custom clothing? (not cosmetics.)

“Failed to analyze (objectname).dat: Exception has been thrown by the target of invocation”

I know I must’ve done something wrong in unity. (Or that the bundle files are outdated, don’t really know for sure.)
Anyhow… I just make a custom texture, replace it on material, set up the new texture files to be the same as the original in the inspector, and bundle it up.

Also expecting me to ask something like these in the future… pardon me for being totally dumb with these stuffs.

You should post screenshots of how you have stuff set-up. 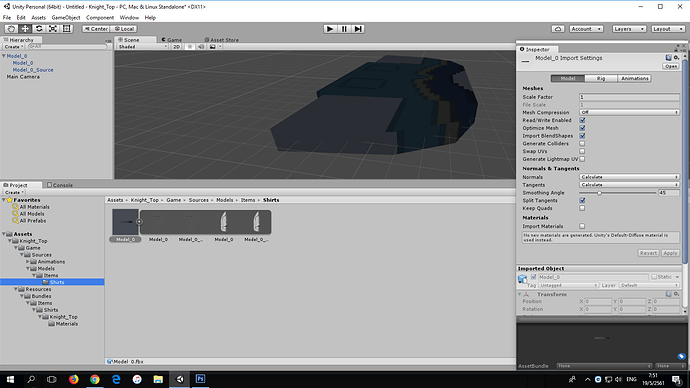 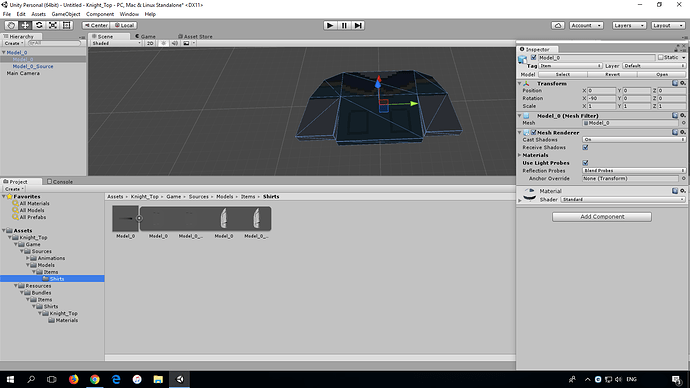 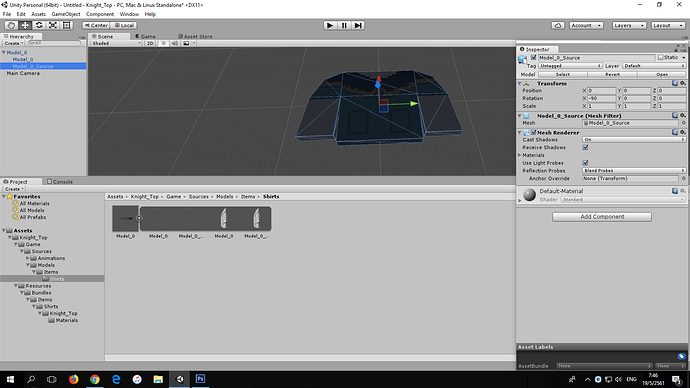 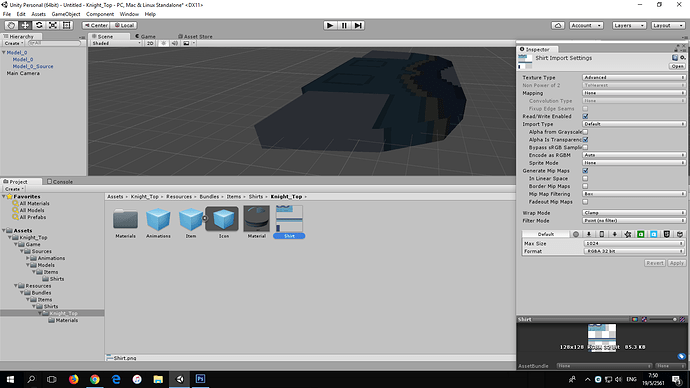 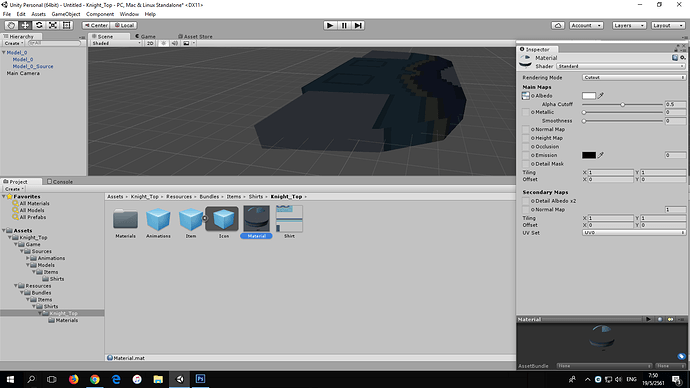 That’s really all the things I think I’ve edited.

Looking at the very last image, there’s no model. When you tried to bundle it you only bundled image files, animations, and the camera location for the icon.

I thought you don’t have to bundle up those…

You don’t bundle separate folders. That’s the one folder (the one shown in the last image) that you bundle, but you have to actually have the model in the Item asset for it to exist. 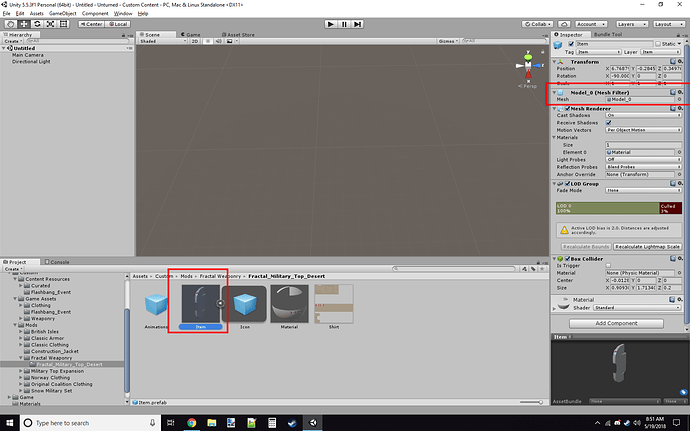