Not even 9x18mm and 9x19mm are interchangable.

Thats what I meant by statistical variation. Obviously I dont want the super simple 3.0 system, Im just saying there isnt a need for super complicated stuff.

Now you’re being an ass

Sorry for wanting a purely cosmetic change to also effect gameplay. I dont really want a system where you loot a military base, find 30 different ammo types that all look similar and then none of them work for your gun, that would just be frustrating.

and dont really care too much about which kind of 7.62 is in what gun.

This is the ONE thing I’m not willing to compromise on. In any case, military bases should stock most types of ammo that are used by its armed forces.
And yes, I also want civillian variants of cartridges that are less reliable, such as the case with .223 and 5.56x45mm M193/SS109.

I also want civillian variants of cartridges that are less reliable

Instead of just having civilian trash and military god-tier versions of every cartridge, I’d much rather see higher/lower pressure variants being a numerical value like quality percentages had in 3.X, (which would allow for more customization, without dictating how a mapmaker needs to balance each location,) and higher pressure cartridges shouldn’t just be more reliable, but also

Hmmmm…Yes.
I agree. As a side note, however, only military rounds should have tracers, armor piercing, incendiary, and other specialized rounds, wheras civillian rounds can include hollowpoints, which do massive damage to unarmored personnel, as well as special rounds like wildcats and +P ammunition usually used for home defense.

Here’s an argument why you shouldn’t group ammo by calibre. Imagine going to some police location, looting up a bunch of generic 9mm ammo. Then you head off to a military base, and oh look, an AS VAL! Then you notice that you have a bunch of 9mm in your inventory, and notice that AS VAL uses it! Now you can use a really strong gun with civilian ammo!

AS VAL in that scenario would use a diferent set if ammunition then.

Exactly. Also, the Tokarev pistol uses 7.62mm ammo. You’re telling me that you can stuff a cartridge used in the FAL into a pistol? Preposterous!

There will probably be a “military” and “civilian grade” for every cartrige.

By making them non-interchangeable, you’ve made the idea of having military and civilian versions of each cartridge even worse. Why have 9×39 and 9×19 as variations of the same thing, if they’re not interchangeable? If they are interchangeable, then how is that a solution to the problem that assault rifles and pistols shouldn’t share ammunition?
Instead of having cartridges grouped by bullet diameter, and then having pistol, assault rifle, battle rifle, etc. versions of each caliber, pistol, assault rifle, battle rifle, etc. should each be different cartridges, which might have different versions which are necked down to (or have the neck blown out to) accept a different bullet Ø.

But military grade 9mm ammo could also be 9x19mm, just of higher quality, because it’s used by the military too.

In the context of the game, a “military 9mm” wouldnt be used by pistols. Military in this context wouldnt mean that the military uses it but rather that better weapons use them

Only Russian Spec Ops type people use 9×39mm. If you’re hellbent on this awful classification scheme, at the very least call it ranger not military.

Since you’re being such a hardhead, I’ll tell you the problem here.

This is 9×19mm Parabellum, the most common and widely used pistol and submachine gun caliber in existence. It is used widely in civllian pistols, like this Ruger LC9: 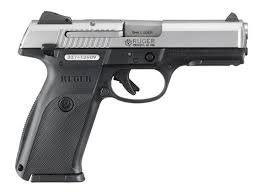 However, the same round is used by military pistols and submachine guns, like this Beretta M9 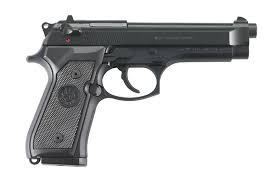 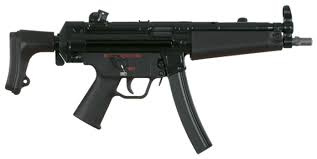 Likewise, this is a predominately military cartridge, the 9×39mm 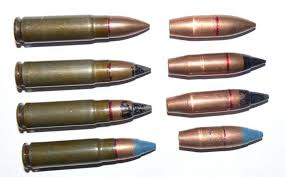 However, this is a different 9mm cartridge, as it is used in special Russian assault rifles and sniper rifles, like this AS Val

Do you see the problem now? Your system classifies the lowly 9mm round into just civillian and military variants, however, by that classification a round used in a sniper rifle is the same round used in a pistol? You’re insane.