That would be kinda nice to have buttons for increasing and decreasing speed. Maybe the Mouse Wheel could be the button? Like scrolling up to increase speed and scroll down to decrease the speed.
Maybe a small Icon could be on the corner of your screen to show your speed. 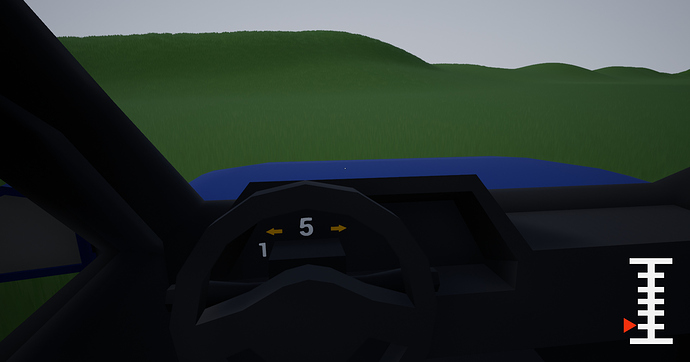 But what’s wrong with just using W A S D where W is to accelerate and S is to decelerate . Im asking cause you didn’t say a reason to change the controls

Not like that, i meant increasing speed with mouse wheel, if you would like to HOLD W , but go with like 20 mph then you can scroll down but you can still hold w

I think this is a good idea, it gives you more control over the car wich is good.

Oh sorry i didnt understand , i guess it isnt a bad suggestion then but personaly i would still use wasd

Yeah, I think that would be a good idea.

Pretty good idea - this could work great for roleplay - but instead of the icon being on the corner of your screen, perhaps it could be on the dashboard of the car to fit in with the style that Nelson seems to be going for right now.

A speed limiter is good not just for RP, in say U3 you go slow or you go max speed (Unless you wanna spam W which kills you fingers.) and that makes most vehicles almost uncontrollable. Letting us limit our speed to a nice 30 mph rather than going 80 at all times means we won’t be damaging our cars unnecessarily anymore due to clipping trees, fences, road blocks and poles because we can’t turn fast enough.

Good suggestion. When first getting it should be at 0, so controlls would be normal, but as soon as you scroll the wheel your cap should be set