I have been working on maps for fun for a while now and the hardest thing to do is survive the burnouts you get yourself into when creating large city’s, doing every interior of every building. I think it would be cool if there was some quick build top down sort of thing for fun. Like city building games. 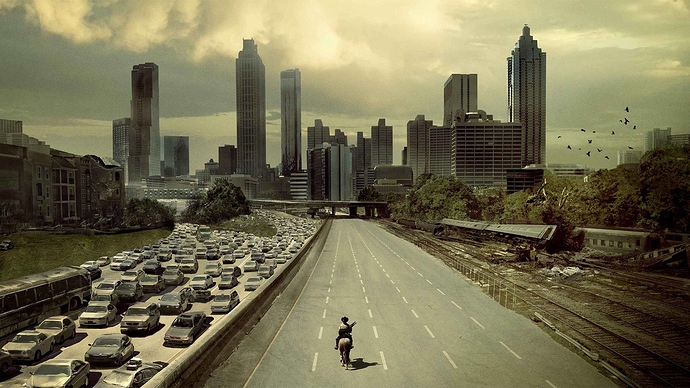 image1920×1080 308 KB
Editor Views
Have different view options like a quick walk around preview and also a city skylines like mode. I know Nelson said he doesn’t want self building towns but how about marking out the roads and comersial/residential/industrial areas and density, these buildings would be pre filled with furniture and even a loot option. This would allow for super city’s to be built and you to play in.

Buildings
If you don’t like pre filling building still i think each building should be able to be “edited” and “damage” could be added like cracks and even holes in the floors/walls, other things could could change was wall/building colours. And also how far down the buildings foundations go down.
Skyscrapers height should also be an option.

Other Points
You may say unturned isn’t a city building game, this would ruin creativity, or there would be thousands of MASSIVE CITY MAPS but this wont be true (hopefully) because the map editor wont be as easy to access there will be less junk maps, also you could still be creative, it would make it easier to ad unique buildings like things as you wouldn’t be bored dead decorating tones of buildings and not be motivated enough to put extra effort in.

I know Nelson said he doesn’t want self building towns

Where did you hear this? He stated on the Trello that he wants an “Auto-fill” feature for buildings.

i dont mind, to be honest. I like it cause i have more creativity. if there were view options that’d be great.

Speaking of colouring and damaging buildings.
Paint erosion for buildings Nelson?
Thanks.

Could you link the trello 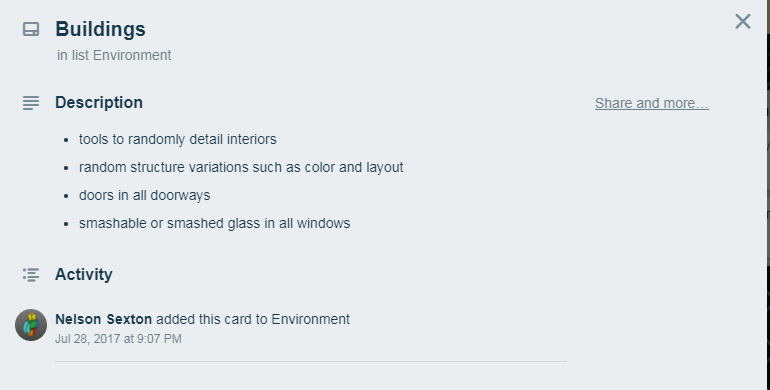 And here is the actual roadmap: https://trello.com/b/Wm8CsqLX/unturned-ii-roadmap

Buildings
If you don’t like pre filling building still i think each building should be able to be “edited” and “damage” could be added like cracks and even holes in the floors/walls, other things could could change was wall/building colours

speaking of smashed glass, i’m hoping that there will be glass that has been shot

Do you mean glass that can be shot through, like bullet penetration.

I would also enjoy to see massive cities and a way to create thoses in an easier way .
Massives cities are major part of zombie worlds ( movies or games ) , the hardest area you can find , without thousands or even millions of zombies .