In most survival games, including Unturned 3, the healing / character condition mechanic is a very vague and unrealistic aspect of the game. Why not make it more realistic and change up the content regarding that topic.

Instead of having a damage system, why not change it up with something else? Let’s say a zombie bites or “attacks” you, instead of receiving a certain amount of damage, you can get a wound instead. If that wound does not get treated after a certain time period, certain effects such as visual distortions, reduced physical conditions, etc appear and the wound gets infected.

You could for example treat that wound with instead of a normal bandage, have a more realistic approach with perhaps: Disinfect the wound first with a bottle of alcohol or antibiotic depending on the wound, and then close the wound with a bandage treating the wound after some time leaving no effects on your character.

You could also implement that instead of those items being limited to only one use, have a bottle of alcohol/antibiotic, and a complete bandage, which have more uses than only one. Already fixing something that people would say “It’s too hard to get healing items” or “People constantly dying”.

These items would also be craftable, although maybe the alcohol nor the antibiotics shouldn’t be craftable, but for example have another item that replaces that. Perhaps a homeopathic approach? Like aloë vera which you can scavenge in the wild and use that plant to make a cream which you can apply on the bandage instead of antibiotics or alcohol.

These are some things I never saw in any game before and is not too realistic in my opinion, but adds some interesting elements to this certain aspect of the game. It takes away a certain level of “arcade” in the game and in my opinion a survival game shouldn’t be arcade, but rather realistic.

I don’t see Unturned 2 as the most realistic game, but minor elements such as these, combined with other realistic features which are already implemented such as the day and night cycle, reloading magazines with separate bullets, etc.

I hope this gives a clear view of what I mean by this game feature, as I would really like to see the thoughts of the community and developers about this feature being possibly implemented.

I see you have some very interesting ideas, especially when you talk about giving several uses to an object instead of finishing it in a single use, as you say, you could drink a certain amount of a bottle before finishing it, likewise, use a certain amount of bandage before finishing it. Sounds pretty good, however, I disagree with the first thing you say about damage based on biting and different effects, because I think if it were that realistic, it would be very annoying, but I still think it could be implemented in another way, maybe adding these visual effects without changing the current damage system, plus it is still subject to change so who knows.

Based on what I read after skimming through it, I’m guessing you want something like project zomboid?

I don’t really know project zomboid, but as far my first impression goes it’s not something similar. It’s either something similar to a game called green hell. Where you can get infected wounds and if you don’t treat them you can get sick and eventually die. However if you do treat them it would take time to heal, but you wouldn’t have any damage numbers, of course you can get killed by gunshots. Want I want to point out is that being hit by a zombie shouldn’t cause damage which you can just replenish by using a bandage. You would have to really desinfect or treat the wound in order to get rid of it. I think just receiving damage and healing yourself is too arcady, and this system is not being used by a lot of games so it makes it more unique.

hmm i think we need more realism as you said, i like the idea of medicine as you said it but here’s my take on it

Radiation: Maybe to cure radiation we use anti rad pills,

so if we split the radiation and infection stats it would be great.

I agree on your statement. I also think radiation and infection should be separate/

Personally, I’m hoping to see a system similar to that of Metal Gear Solid 3: Snake Eater. It probably would not be nearly as complicated as MGS3, but still I think many of the methods of injury treatment would work well with the system of Unturned II.

As an example, injuries such as bolts, arrows, and bullets will cause your maximum amount of life to go down. Your life will slowly recover on its own, but treating the wound by digging the projectile out, disinfecting it, and stopping the flow of blood will restore the health.

As for storing said medical supplies, as previously mentioned having stacked items would be the most likely case. As you can see at 4 minutes in the video, MGS3 solves this by allowing the player to hold 30 of each supply. This could be implemented as having around 10-20 of each material in a stack, and as Nelson said, could be stored inside of a medkit.

Such a medical system could also open up opportunities to have items like medical manuals or survival guides instructing players on how to properly treat different conditions, or having skills to advance the players medical knowledge and to lead the player through treatments.

I know this is quite a complex medical system but I feel like something like this could go quite far with the realistic aspect of Unturned II’s survival, yet keeping it simple enough for average everyday players to understand and use.

Examples of MGS3’s medical systems: (Check 4 min mark for how I think healing wounds should go, personally I would love the animations too but that might just be me.) 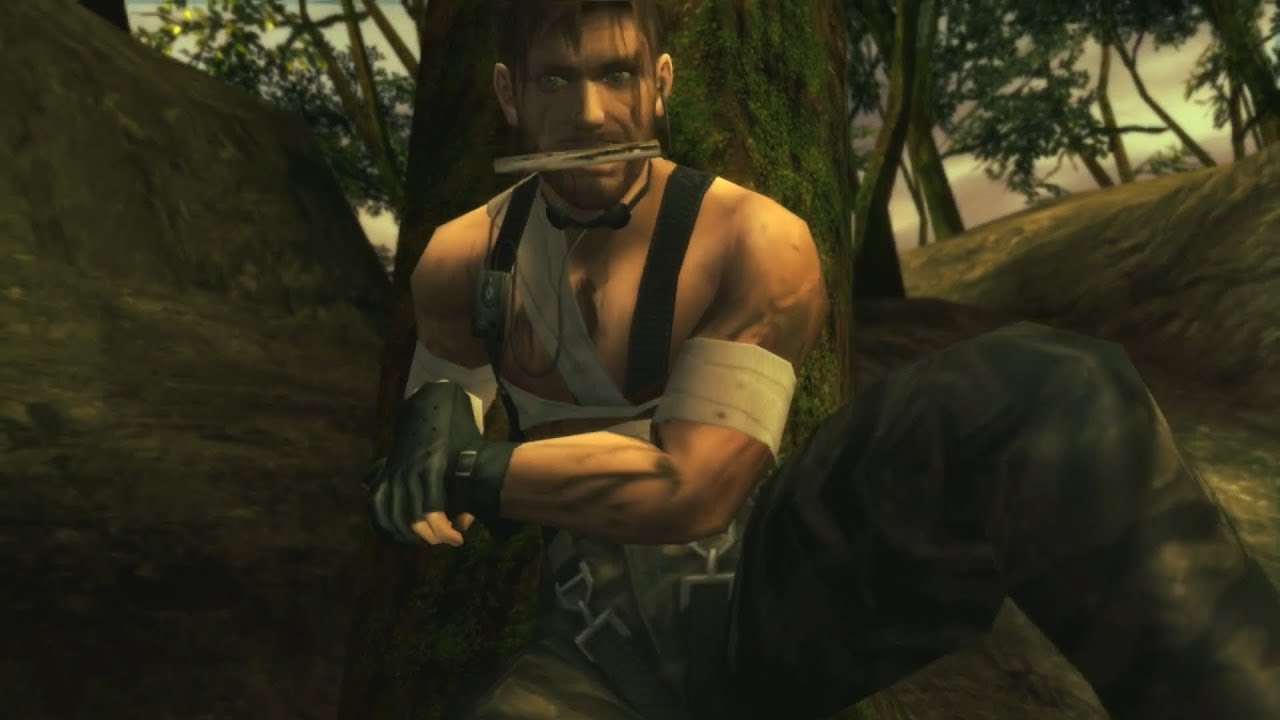 i think it shouldnt be that complex , it should be just treating wounds with or without meds, without meds you get an infected wound and you get a penalty or die and when meds aare used you stay healthy

Honestly MGS3’s system would be almost perfect i think. Take a lot of damage, get punished with long term wound, wound lowers max health, find the right antidote or two for it.

First of all, I personally think that this idea is a must have, seeing as Unturned II is focusing more on the survivalist aspect instead of the more PvP oriented game that is Unturned now, in my opinion. However I think that even though it is trying to be more “realistic” that its predecessor, it should still keep some of the “arcade” feel.

With that said, here is how I would like to see this addressed :

This feature should be handled in a way that is not as simple as Unturned has it now (pretty much just select - click - done). But it also shouldn´t be too complex, especially because some new players might get turned away with having to learn a new system.

Your life will slowly recover on its own, but treating the wound by digging the projectile out, disinfecting it, and stopping the flow of blood will restore the health.

By all means your life should recover slowly over some period of time, this removes the possibility of you wondering around aimlessly for a long time without any means of healing. It would have to be really slow though. However the idea of removing a projectile out of the wound and disinfecting it is too much in my opinion. I would approach this a bit differently.

Instead of having to remove the projectile and using alcohol/disinfectant on the wound, you could just have different types of wounds depending of the way it was inflicted e.g.: Large/Medium/Small projectile, Large/Medium/Small slash or blunt, etc..
These types would specify how much damage is taken and potentially cause a bleeding effect, which could leave behind a trail and attract nearby zombies. Of course we can´t forget broken bones. A broken arm would cause you to have severe aiming issues and a broken leg would cause you to move slowly.

You could expand on this with a type of Infected wounds that would be caused by zombie bites or infected projectiles. To heal it you would have to use the alcohol/disinfectant method and/or as mentioned by @smiley before, have an emergency medical manual inside a medkit to treat it quicker. This is also the case for radiation, which you could use anti-rad pills against.

Same with burn type damage. Burns are generally much harder to get rid off, mainly because even if you treat them they stay for longer periods of time. This could be handled in a way of a temporary stat reduction such as: Your health not being able to go to 100%, Your speed or your aiming capability being decreased.

All in all, Unturned II needs a better system of injuries that Unturned. And I do think that Nelson will deliver this in some capacity, or maybe even more that we are thinking of right now.

I do agree that having the player manually select each item and do each step seems like a bit much on the player’s side. That’s the reason I included the video, to showcase what I was thinking but what I couldn’t explain perfectly. I like the idea of the player simply having the medical supplies on them, then selecting the items used to treat the injury. You can see the process I’m thinking of at 3:58 in the MGS3 - Every Injury and Medical Condition video I linked in my post. The player simply chooses the items and they are automatically used to treat the condition. This would also make having a medical guide handy, as it could possibly highlight the medical supply(s) that would be needed to treat the condition. Think of it gameplay wise as simply selecting items to get a quick recovery, and think of it dialogue/story wise as removing the projectile, disinfecting it, and patching it up. That way, it remains simple to understand and use but looks very in depth and detailed.
As per usual, I would love animations for all the treatments but I understand few people love animations as much as me, and that they are a lot of work to make. (Especially if regional injuries/treatments is implemented.) I also know from a gameplay standpoint, most people probably wouldn’t want to sit through an animation every time they get scratched by a zombie.

Have a simple menu in your inventory which shows you what’s wrong and where, and you can right click on the Injury and treat it with whatever on hand, and eventually it will heal. The injury will also affect your capabilities, similarly to PZ as well.

That way it’s not too complicated, and we still have a more advanced medical system.

Exactly what I was thinking. A medical menu would be much more easier to navigate.
What remains now is just to wait and hope.