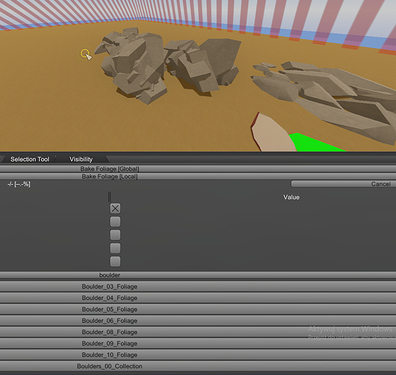 image1047×988 199 KB
you can paint it normally and in the case of boulders, it’s nice to have a collection so u can make cliffsides look more varied and natural.
another benefit of this is that when you select a boulder you can give it a material pallette and practically make a new asset without actually having to do some unity magic

image1294×450 122 KB
as nice as all these features are, i won’t use them and i reccomend you don’t use them either. why is that? well these are not actually counted as foliage but instead as devkit objects that you can see in your hierarchy 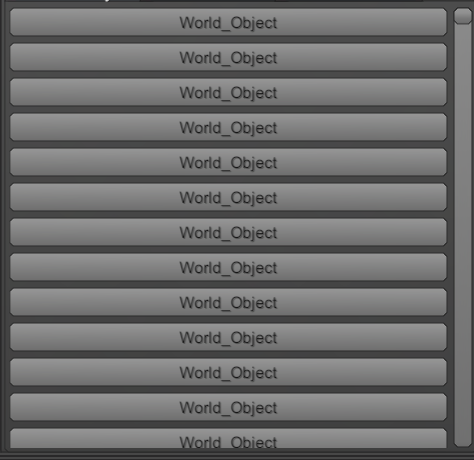 why is this bad tho? well for some reason if you have too much of these, the map takes longer to load and even crashes your game. even for my i9, 32gb of ram and rtx 2060 i can’t even load my map (and germany) after playing on it twice in one session otherwise my game will crash and implode upon itself. this dosen’t apply to just these world object things either. on canyon arena i had like 200 player clip volumes which also increased loading times when trying to load the map multiple times in one play session but thankfully, at least on my end, i never experienced any crashes.

what abt ingame performance though once u actually load in? idk. i have no good way of testing how good devkit objects compare to legacy ones but i assume that they are better since devkit foliage performs so much better than the normal legacy grass like holy shit balls i don’t even know how he managed to do that wtfffffffff 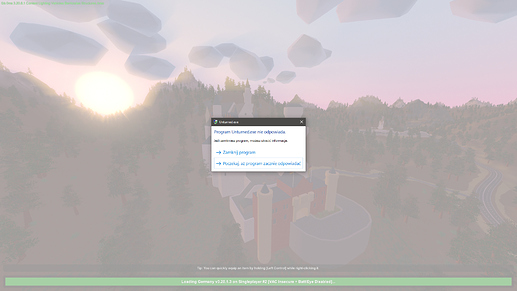 finally i can make the navmesh better