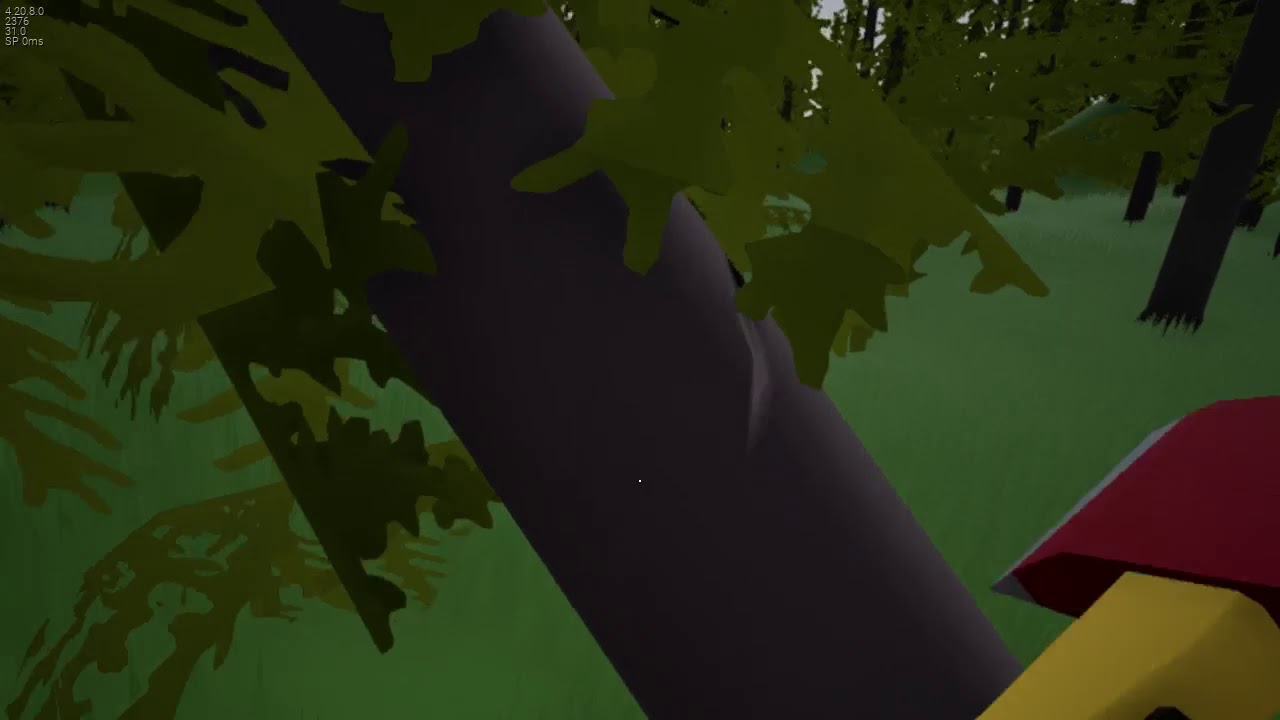 the grass is sideways 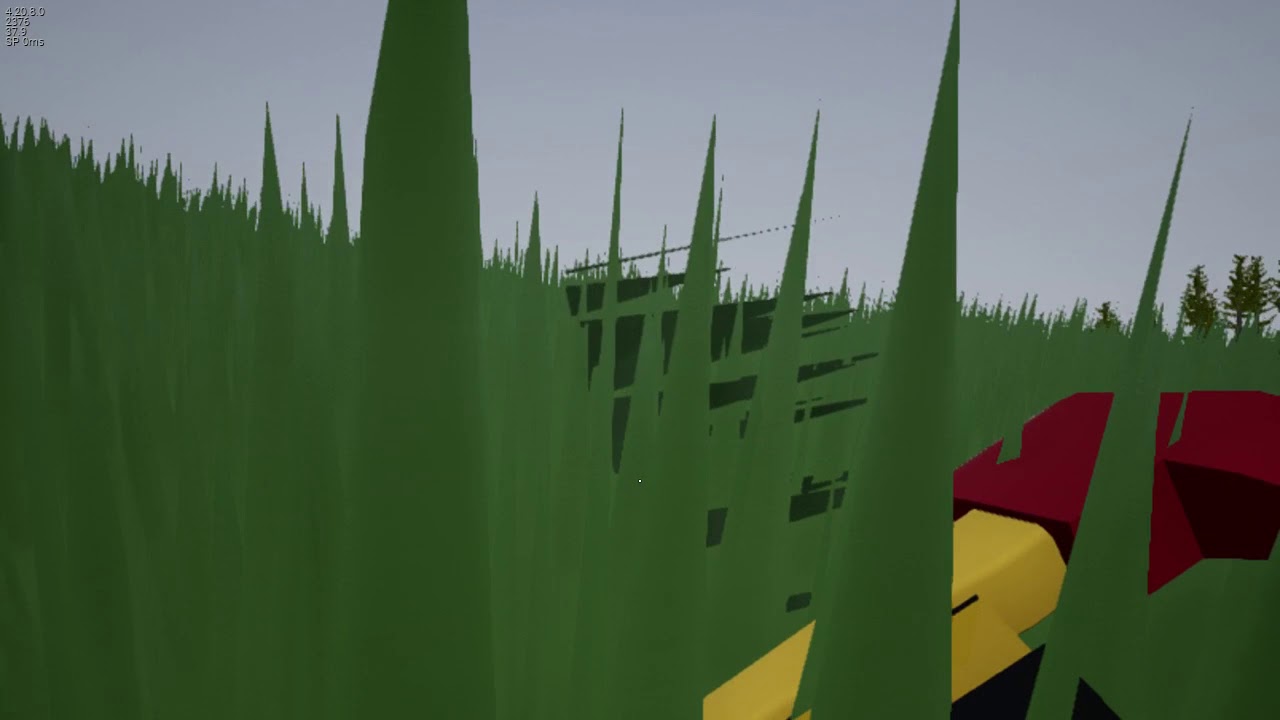 this is just a side note, but I think it would be cool if the player could interact with some physics objects, like if the player stands on a tree then it might tip over like a see saw. it wouldn’t mean the player has to become a physics object, it could just add gravitational force to the object from where the character is standing times the weight of the player and their inventory. 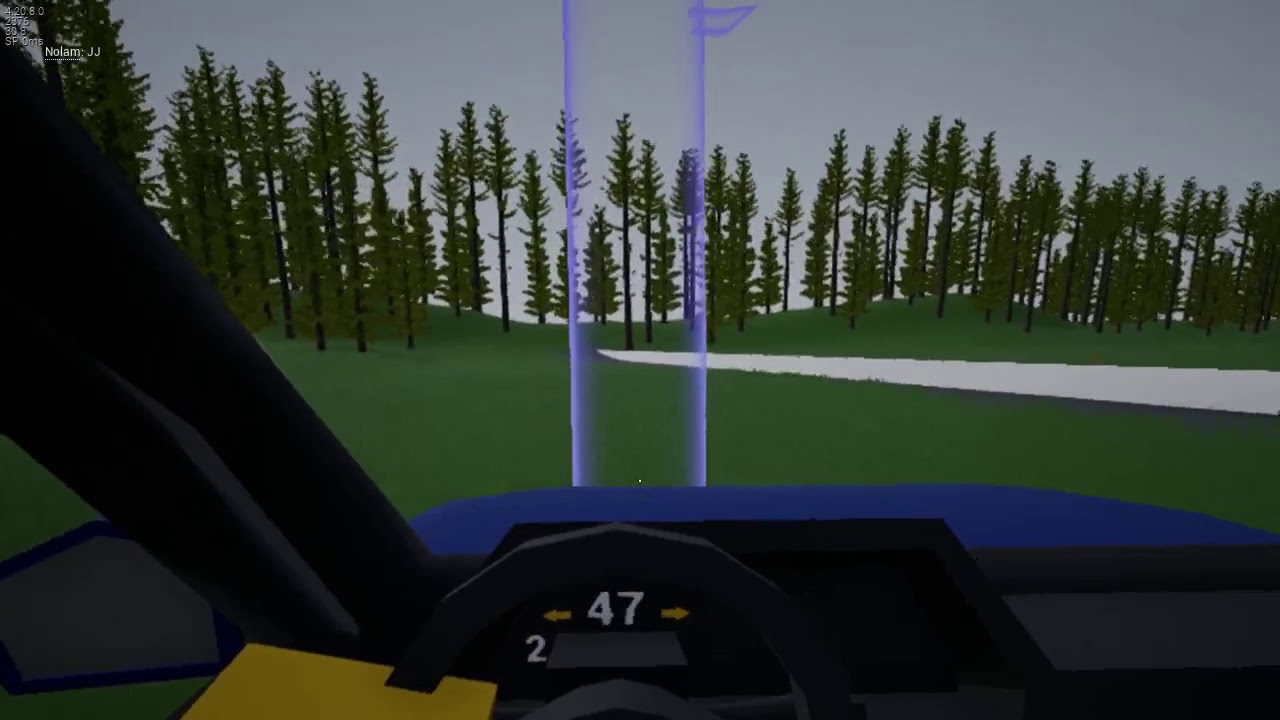 This is just being curious, can you plant a tree under the car? If so will they clip or does the car gets moved?

Tree’s also duplicate when chopping it down. You also cant place a tree when you have seeds in both hands.