Dien Vinh - Medium Survival map that is out now 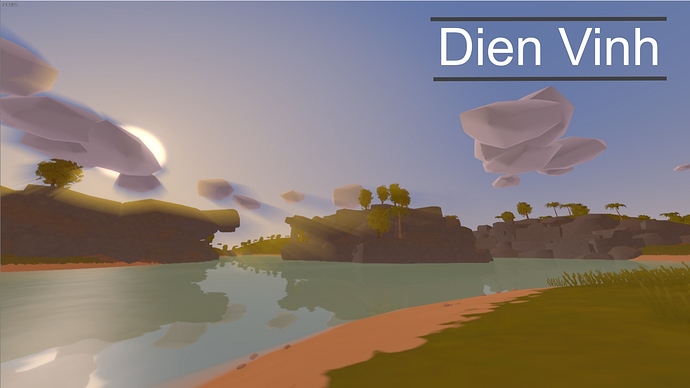 Hi guys, here is my medium survival map set in North East Vietnam. Check it out and leave feedback

I think you might have the same name as one of my friends, or you are that friend xd, I dunno. Lemme check

Gave it a couple hours of play…

I like the terrain, more open space than I prefer, but I’m from Northern Ontario boreal forest country.

Reasonably spaced out locations, and a good variety. I love the all the boats and stilt houses on the rivers.

Nearly died trying to get pine wood, but thankfully raided the hospital before hand… sneaky.

My one complaint is that when one approaches the edge of the map there is zero warning… smashed one jet ski, and couldn’t turn it around. Some sort of natural-ish cliff or the like might prevent the same effect on the land areas.

Definitely staying subscribed to this one. I want to fully explore all the nooks and crannies.

Thanks, didn’t know that could happen with jetskis but I might try adding buoys on the edges of the map (water) to simulate a border. Tbh though I just realized there aren’t much warning for other things, like deadzones. I probably should place down more radiation signs…

Ehh it’s better to not know where a deadzone is. It punishes you for not paying attention.

If a map dosen’t have a radiated material, like Washington and PEI, then there should be some kind of sign posting.

Don’t you mean shouldn’t instead of should?

I have patchy dead zones scattered on my Lakehead Region Map.

I can’t seem to get the smokey zone effect I wanted to work, so for now they’re sudden and without any specific warning. Although the entire biome looks forbidding enough to be a warning in itself.

Yes, 10 of them. Most are in the North of the map however

cool. i do love me a map with notes