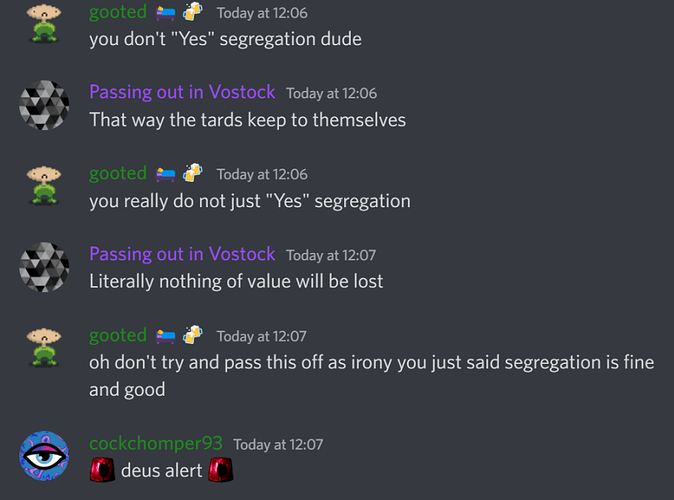 King of The SDG Forums out here exposing the imposters.

King of The SDG Forums out here exposing the imposters.

The randoms ‘‘snitching’’ on Deus thinking they invented hot water, it’s not like his opinions on certain topics (just like the ones from many community members) weren’t already known.

It’s only been announced internally fairly recently so we haven’t officially/publicly announced this on the Discord server yet. After having served as a moderator for over 5 years, Deus is stepping down at the end of this year.

With that out of the way: any discussions that persons have on private, unrelated servers, are done so as individuals speaking in a private manner – not as an Unturned moderator, nor representative of anyone else’s beliefs. 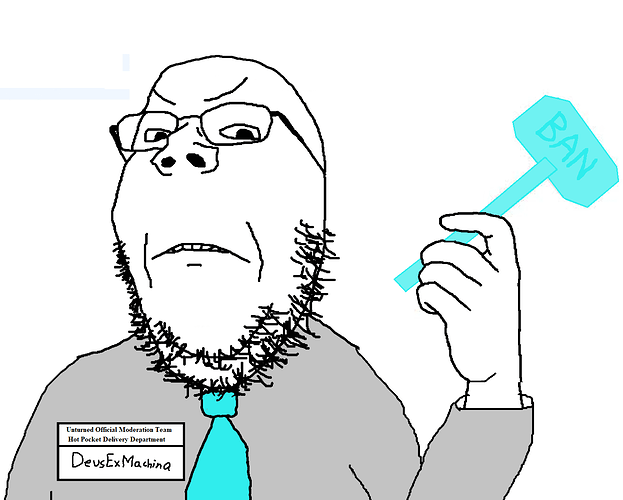 The king has fallen

thank you for your service younus

any discussions that persons have on private, unrelated servers, are done so as individuals speaking in a private manner – not as an Unturned moderator, nor representative of anyone else’s beliefs.

no matter what you say in what group, that reflects who you are as a person at your core so ofc he should be punished for saying this kind of shit, plus it was still in an unturned related server.

its like background checks at a job, and how they go through your socials. if you have a bad look for the company, they dont hire you. same should apply here.

not to mention,he isnt the only admin like this.

I’m going to have to disagree with your last point because if you don’t say certain beliefs in a certain community it doesn’t mean you don’t believe those things just because you hide your true thoughts.

The point Molton made was that they weren’t representative of Deus as a Discord staff member, taking that into consideration, there isn’t much to argue about.

On a side note, what’s with your rants about Discord staff members ? Making topics here about them won’t get you unbanned from the server.

If he’s being a douche out of the discord server he shouldn’t be an admin, it’s not something that is acceptable or ok even in private. Also if you read carefully I didn’t mention being unbanned from the server.

His regime is over, vextrium is now taking his place as Tyrant of Unturned official.

With that out of the way: any discussions that persons have on private, unrelated servers, are done so as individuals speaking in a private manner – not as an Unturned moderator, nor representative of anyone else’s beliefs.

Personally I wouldn’t want people (in particular children) who play my game to try and join a community about it only to be met with somebody demanding nude photos, and especially not a moderator. Joking or not it is a terrible look.

The message posted in 2017, prior to when SDG owned the server (and from my understanding, before Deus was a moderator in the server under the previous server owner), was inappropriate – joking or not. He had been warned for that behavior.

All staff have been reminded more recently that such behavior isn’t acceptable.

It still doesn’t help build a friendly and welcoming environment, especially if it is seen as the official unturned discord. You really need to take a look at the moderation team and re-evaluate some of the members the things they say, no matter if private or in public can either help or hinder the reputation of the server.