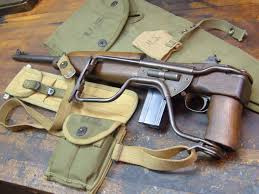 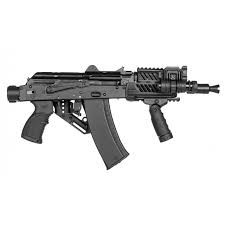 Probably planned tbh, and I don’t see why it shouldn’t be if it isn’t yet.

I hope this does get put in.

I had just thought of folding stocks being more compact than fixed stocks, but having a longer equip time.
You’re suggesting they be convertible between two states. Would that be done in the inventory, attachments menu, or by pressing a key while one is equipped?

i’d imagine a key while equipped or in the inventory, ala Escape from Tarkov

wow this really is just becoming a discount EFT, i love it

i’d imagine a key while equipped or in the inventory, ala Escape from Tarkov

This. ^ Though, controller users will likely use a radial menu as usual. I imagine it’d be on the same radial menu that could be pulled up for selecting your firing mode, too.

RIP controllers though, why can’t they just carry a curved keyboard on their arm instead like the rest of us? :C

What about it taking up less slots in the inventory (if that’s the route Nelson will go)?

Alongside being faster, I think it should also be similar with how Rising Storm 2 does it, allowing you to keep your gun held up when you’re closer to a wall than you would be able to with a longer gun. Minus the iron sight disadvantages.