I think that Unturned II should have at least some horror elements, considering how it’s going to be much darker than 3.0.

The Turned should be actually scary, and the atmosphere should be unsettling and eerie.
An ambient soundtrack that depends on the time of the day, season and location would contribute greatly to the overall atmosphere.
Having a sense of fear (that is not gear-fear) in a game, but not having it be the central part of it improves the experience greatly (at least for me), especially because adrenaline rushes in tense situations are amplified by the atmosphere.

Don’t see how jumpscares would work, because they’d have to be scripted to work and that is a big no no in an open world survival game like Unturned.

NO JUMPSCARES
I don’t want it to become a horror game.
(pls)

It’s 2016. You and your friend have just started playing on the brand new Russia server. You have basic clothes and civilian grade weapons and were on your way to the military base to get more loot but made a quick stop at St.Petersburg to loot some supplies. Your friend calls you to his location, you go. It’s the subway entrance. As you start going down the subway system both of you notice the ambient noises fade away and the screen starts getting darker, something which neither of you had seen before. Only one of you has a flashlight. You spend the next 10 minutes in the subway, one of you holding the flashlight while the other killed the zombies. Overwhelmed by the eeriness of the whole place and the fear of the possibility of something new lurking around the corner of the tunnels, you guys head back out of the subways and never return again.

That feeling. I want to relive that feeling again. Big +1

How about scary enemies,like making scary sounds and having weird animations(abnormal movement)?

Just remember this, you can mod in anything.

I have suggested ambient soundtracks a good while ago and mist is already in the game. We just need the xombies to be an actual threat as well as making the player feel vulnerable by minimizing the items available for them to use

I lowkey hope for some cryptic dark and deep shit but stuff like that probably won’t get added. Oh woe is me.

How would jumpscares work?
Happens all the time to me. I’d be looting, minding my own business, when all of a sudden…
"RAWR"
And I see a crawler clawing at my legs. Once I was startled enough that I fell out of my chair.

jumpscares would be dumb, but I think that scarier, bloody-looking zombies would be great, as well as dark ambient music 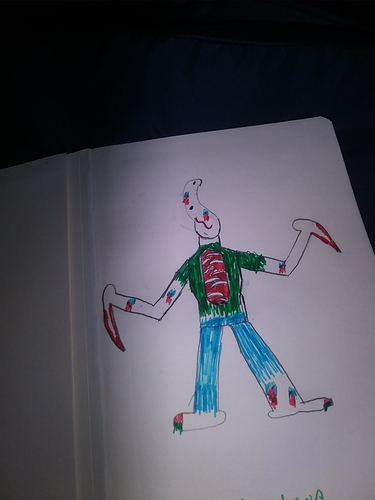 ahh, the time when I got terrified by my own guns sights in the subway.

Imagine seeing this lurking in the treeline

Oh yes I remember this so fondly. Me and my friend attempted to hunt it down each night, but we didn’t know it was already removed in 2.2.5…

I’m thinking this is pretty creepy

I don’t like the idea of an eerie atmosphere around the entire game. The ambients, in my opinion, shouldn’t be changed to have some weird scary touch to it, I don’t like that idea but, don’t get me wrong, the turned should be scarier but not in an audio and visual way.

The turned shouldn’t look scary and make scary noises but you should actually fear them. They should feel dangerous not look scary. I’m not really criticizing anything just vomiting out my thoughts here.