How much variety in game is enough to be still enjoyable?

By comparing some items in U3 with their realistic counterparts, there are characteristics which are simplified for the sake of enjoyment. To have a better understanding of what I mean, here are some examples:

-Ammunition (boxes)
In U3, there could be simply one type of bullets, ignoring the realistic caliber affiliation, but instead, we have civilian, military and ranger ones, with the last two tiers being divided into low and high caliber types as well.

-Trees
Like Brick (stone) and metal, there could be only one type of tree, but instead, we have birch, maple and pine ones.

In U3, there are items which have only one representative, even though there could be variety as well (e.g. binoculars (telescope, military variant [dunno about scopes, they have their own class], fertilizer (for different types of plants); sometimes, it’s relatable to have like only one model for a hammer since ten different variants might add to a broader selection of details but still only fullfilling one purpose without great difference so one detail is enough.

Since U4 is supposed to pay more attention to details, I am curious about what’s the main criteria to add variety to a specific item:

To give some input for discussion, here are some examples I came up with. Could be also a suggestion to add these in U4:

You can vote for multiple items you would like to have a variety in game, or none. Also propose your own suggestion if you have any.

Just so you know, gasoline refers to gasoline, not other types of fuel such as diesel.

Also for clothes, things like small, medium and large sizes wouldn’t make too much sense in Unturned. You only have one character size in-game.

Also for clothes, things like small, medium and large sizes wouldn’t make too much sense in Unturned. You only have one character size in-game. 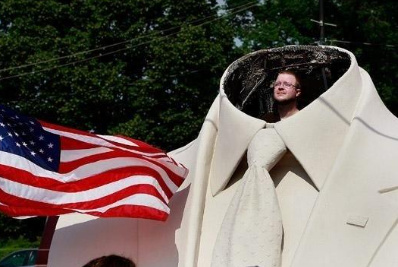 Please Yarrrr, I want my pots and pans. I must have my culinary imersion.

Cooking equipment probably not is not a option i Wanna cook some cookies for satan jk unless … :3

Just so you know, gasoline refers to gasoline, not other types of fuel such as diesel.

My mistake, English isn’t my native language so sometimes I might miss the contextual meaning of one word. I corrected it.

Would be nice to have the game adapt to your skins and make them spawn randomly in your map. So instead of allowing only one skin per item (as of U3) and only as a cosmetic which doesn’t affect the game, all can appear as items. So not only eight one-colored T-shirts or similiar.

Also, as it might cause confusion regarding variants of clothing, I did not meant the possibility of having workshop skins , but the appearence in game and on one map; there are many versions of the military outfit from different countries, but they won’t appear on the same map. Like Yarrrr wrote, having different colors of - for example - the Russian military outfit in forest, snow, desert etc. variants (if those biomes appear on the map is another question). Good examples are the desert and forest military outfits in California and the black and blue colored riot gear in France.