How Often Do People Search For Unturned?

For search data, I exported the Google Trends data for the Keyword “Unturned” for the past 5 years.
100 being the height of interest, and 0 being no interest. The # value of interest on the Y-Axis is entirely relative to the interest for Unturned in the past. 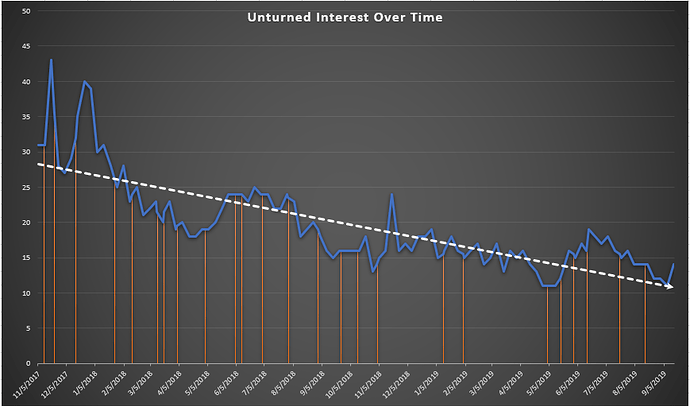 The orange lines on this graph are the release dates of Devlogs by Nelson.

The reason the height on this graph isn’t 100, is because this data takes into consideration the entire last 5 years. The full graph looks like this:

Looks like the Devlogs are released at the valleys of the interest chart. Perhaps that is coincidence. Or perhaps Devlogs drum up excitement. In any case, thought this was interesting

Last random spreadsheet from me boys, I promise!

EDIT: This data is exported from the US. Probably should have mentioned that.

I don’t think that is necessarily true. According to steam charts. Unturned has had roughly the same amount of players since October 2017. With highs and lows. But ultimately around the same ballpark.

Pretty sure the joke was that people have been saying Unturned is dying for years now.

Have I been r/woooosh 'ed?

Last random spreadsheet from me boys, I promise!

noooo, you can just do us like that. I request more graphs of other useless interesting information about unturned

2020 interest has reached the negative zone where Nelson tried to appeal to an upside down realm below earth.

Welcome to Part II out of ??? of HoldBaker slowly but surely painting a picture of Unturned’s declining relevance. 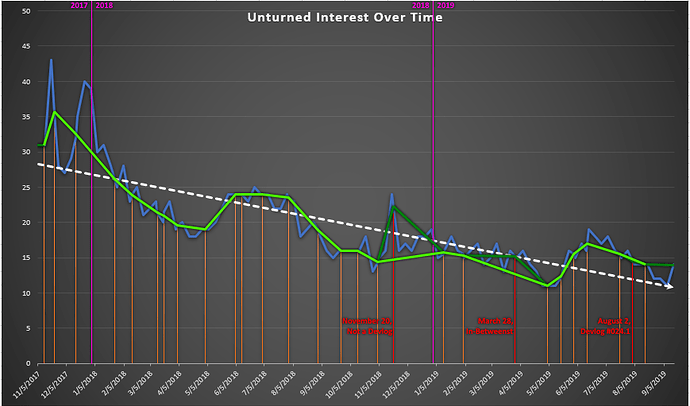 Made a couple quick adjustments to the graph so that it includes a line for “average change” over time (lime green).

EDIT: Wasn’t mentioned in the original post, but if you pull up the Google Trends yourself you’ll want it set to the United States if you’re wanting the same initial graph as HoldBaker for reference.

Get pewdiepie to play Unturned, that sure would do something. 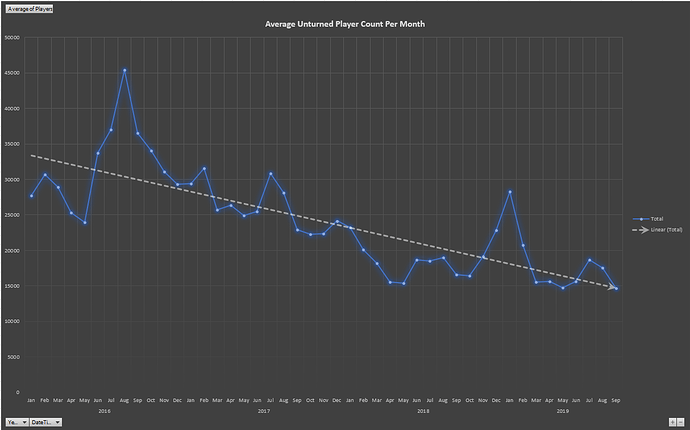 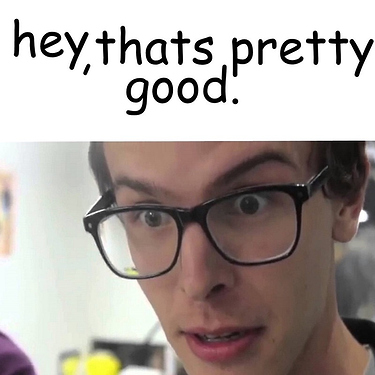