I need help with custom structures

So i am trying to make custom structures, but what is the problem is that i can’t place walls in game, it says missing pillars but i did place pillars before placing walls, checked floors unity multiple times everything looks the same as vanilla floor, tried moving pillar box colliders still didn’t work, also i can place multiple pillars in same corner, i really have no idea why, dat files are similar to vanilla ones, im really close to giving up, please help lol

How similar? Could you share the dat files and possibly even the Unity setup if the tags and layers aren’t correct. They appear to be placed as pillars in the image at least. 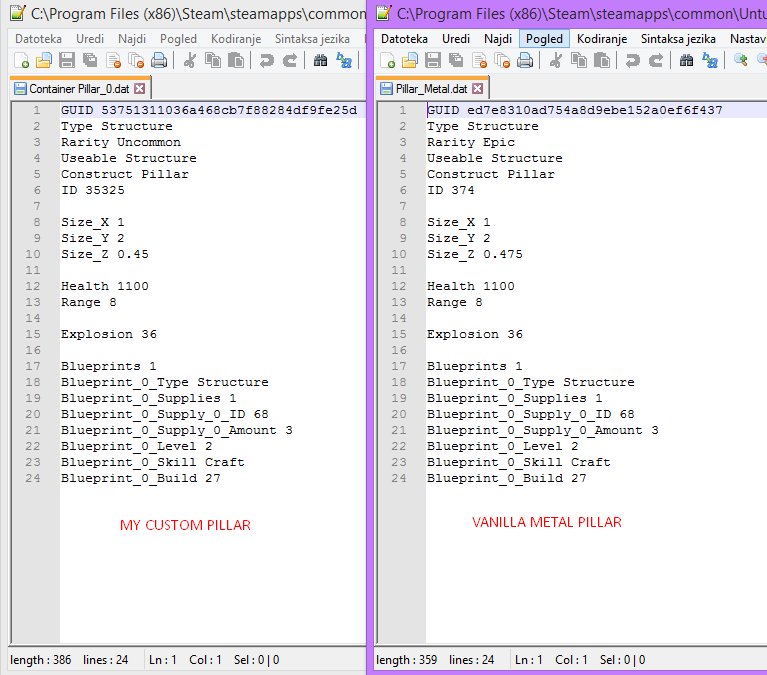 This are unity for pillars and floor foundation 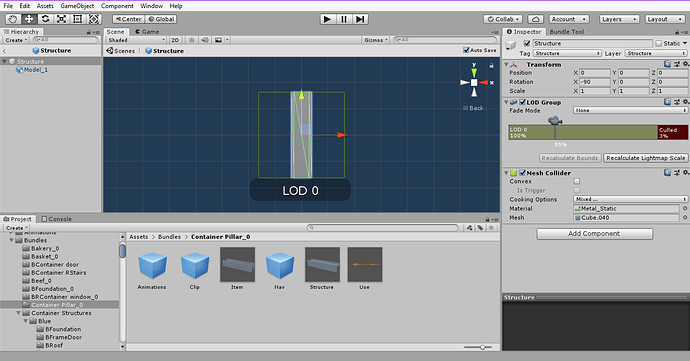 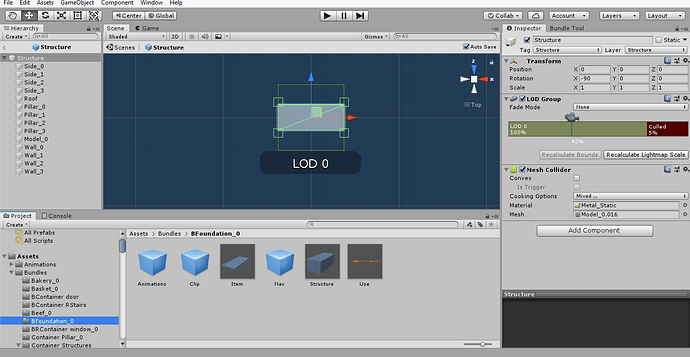 Also these are my tags and layers 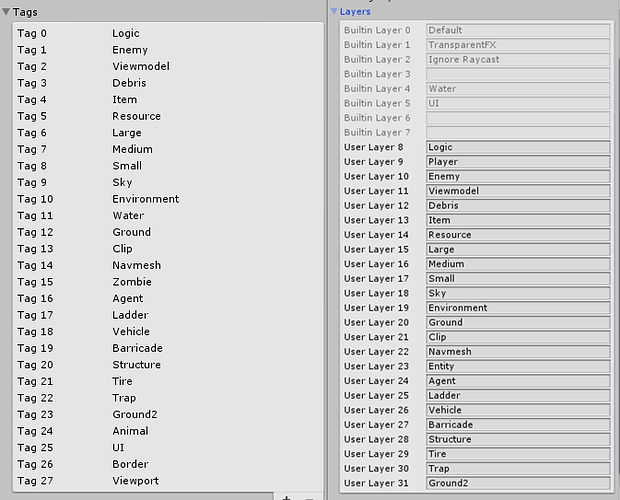 Looking at Unity. the sides should be Logic and UI instead while the others appear correct.

Maybe the examples you were using came from a version that was messed up. When I looked at the maple floor it appeared to be set up the same as the metal floor except for having one side less from being triangular instead of square.

I remember in the past that a few of the examples had minor issues that keep them from working ingame. When I messed around with audio the example settings at the time were incorrect.

I changed the layers of sides and it didn’t fix anything still same, can’t place walls it says missing pillars, at this point i really don’t know what can the problem be, i’m gonna reinstall the examples and check if anything has changed

Maybe try substituting parts you’re using ingame with vanilla ones. Try vanilla walls with your custom stuff, or vanilla pillars, maybe vanilla floor with your pillars and vanilla walls. If you didn’t do a full restart that may change something as well.

i also just reinstalled the examples and it’s still same, sides of maple floor have tag logic and layer structure, am i even using the correct example package? lol

Hold on, I don’t know where the UI part came from now, I’m checking them over again.

yeah all my custom structures are broken, can’t put down walls if i use vanilla floor, my pillars and my wall, the only thing thats working fine is my roof

Already tried those tags and layers, i don’t know anymore, now my roof doesn’t work either, maybe i should reinstall the whole game

At most verify the files. Try mixing your parts with vanilla ones though. There may be a collision you aren’t seeing somewhere. Compare them with vanilla structures as well and pay attention to the size differences except for length which is obviously going to be different.

Already verified files still same, i tried mixing my parts with vanilla, only my wall works with vanilla pillars and vanilla floor, im might just make new models but the same size as vanillas parts, but yeah thanks for trying to help me

Maybe structures can only use vanilla dimensions? I haven’t messed around with them enough myself to know how they work but there is a potential alternative that may also work. At one point in the past I helped someone make houses that could be placed down as barricades or structures. Instead of having the container in the parts that you have now, you could make it as a whole unit but keep the doors as a separate object. I could also mess around with it the non-vanilla structure dimensions to see if I can figure something out myself.

i did make a whole container as barricade, i made different models of containers, like corners, ones with windows or door frame… with ability to snap them to one another but it had a problem i couldn’t place container on top of container it said it was blocked maybe i messed up collisions idk, there was always a problem i couldn’t find the source of it.
Maybe it would work if i change navmesh a bit, but then there would be holes you could shoot through