In the incredible devlog # 15 we saw one of the vehicles of the game and probably the main one, the car, however we had the confirmation of horses inside the game (even if they have already been mentioned in the trello), other than vehicles they are not powered by battery and gasoline , but water and food, I think they should eat a great vanity of food so it would be better to still have a horse (besides saving fuel), carrots, hay, apples would drink automatically if they were near a pond or water container, if are cured with bandages and veterinary equipment.

I am awaiting feedback and comments that say “this is already planned”.

I am awaiting feedback and comments that say “this is already planned”.

Anyway, it’s true that horses have been suggested before, but it wasn’t confirmed nor even taken in mind until Devlog #015, so I guess that if Nelson says so, it could be fine.

Regardless, IMO it’d be cool if horses make it into the game, but I’m ok if they don’t either way.

I always thought horses would be very useful, it would also be helpful if they added wagons with the same player capacity as a car but moved the horses.

I would say that carrots, apples, sugar cubes, and other treats should be primarily used for taming/training/leading horses, with only minor, if any, nutritional value.
Feeding horses hay, grains, and water should be used to give a horse enough energy to do work, but horses should be able to survive (though not healthily enough to work) without player intervention as long as they have access to fresh water and pasture.

I also thought of a special ration for horses but I find it kind of unnecessary since there are hay and other foods that are easier to find.

They probably don’t need a hunger/thirst system (Otherwise you would see dead horses laying around), but giving them food/water would make them more energetic when you ride on them (e.g. Results in faster speed and longer sprint duration).

Grazing gives enough nutrition to keep a horse alive, but not to keep it healthy while doing hard labor. Grass for grazing isn’t always available or accessible in all areas during all seasons. Wild horses would avoid these areas at these times, but players might want to bring their horses there, so they would need to cut grass and store/transport it as hay.

This thread’s name sounds like a badly made movie

Anyhow. I honestly think that instead of extensively feeding and feeding the horse. It should have a cooldown. Kinda like stamina.

And that stamina can be recharged by it’s own but at a slower rate (and that it have to be in the land), or you can manually feeding it veggies… and overpriced tap water, and it would recharge faster.

The quality of the food (and drink) should also effects the horse… at least kinda, if it’s “bad” it wouldn’t do anything to the horse.

Also, I’m somewhat hoping that it wouldn’t acts like a minecraft’s horse.

In an answer to the above mentioned I put water and food in a small building Where the horse stays so it feeds automatically, (reminds me a little the harvest moon of playstation 2 good times). 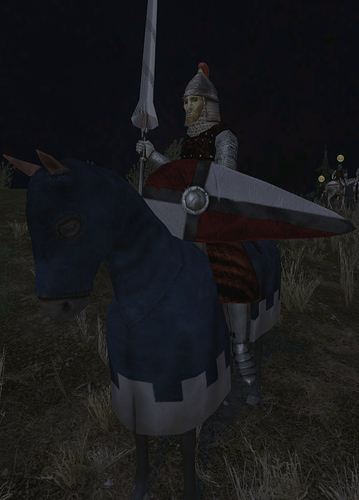 I think for the sake of the fact that we don’t want to make this a complete chore, horses should be able to satisfactorily sustain themselves with grass. (Yes, I’m aware you were referring to hard labour and not normal life cycles.)

If they required much more than that, you could imagine horses dying every time their owners left the server.

How bout we just give the horse a sort of durability meter (not literally ofc ) that lowers as you ride or use it to pull stuff. (pulling loads takes more, riding less
)
Once this meter is at zero, the horse will need to rest for a while or else it will start losing health.

For the third time, hoses can sustain themselves with grass, but if you want to keep a horse somewhere that doesn’t have grass at the moment (could be dried out for the summer, could be buried in snow, could be inside a barn, could just have bad soil, etc.) then you could bring grass with you. (Hay is basically just grass that you’ve cut and packed up to feed animals.)

Oats, brans, and other grains are given in order for horses to recover as AJ described, though, I would add that there should be clear audible and visual clues and an obviously lowered performance if it’s possible to overwork a horse, and that how tiring (if tiring at all) it is for the horses to carry a player depends on how fast the horse is moving and how much the player is carrying. (basically, a naked person sitting still on a horse should be a lot less tiring than someone in a full suit of armor and an ALICE pack with every pocket full of lead, charging forward and leaping over obstacles as they blaze away with their Hell’s Fury)

Carrots, apples, sugar cubes, kettle corn, molasses, peanut butter and other treats are used to make a horse go somewhere or like someone.

Alright cool, we’re talking about how horses survive. Cool. Here’s what I know after spending most of my life around horses.

From what I can recall, they will dig through snow to get grass, but occasionally they still need hay. Horses tend to run a lot, they tend to stick around other horses a lot, and they’re pretty skittish around dogs if untrained.

Horses can perfectly sustain themselves without humans, but that doesn’t mean you can just throw a domesticated horse out somewhere random, as it’s likely it will die if it was raised in captivity. (let’s not add this as a feature to horses.)

Horses have a harder time walking across sand, if going uphill they can’t run nearly as fast (depending on steepness ofc.)

And there’s a bunch more but let’s keep it at that.

heheh well my frens
you see, once car is broken, you can repurpose car with horse, you see here? 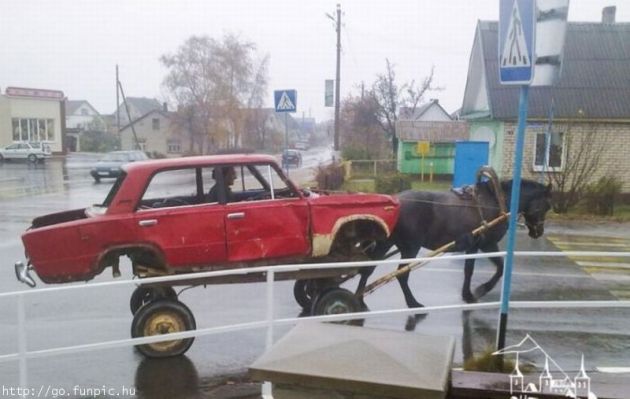 and if front of car is broken, you cut off, see here

and there you go comrades, i show you how to repurpose the broken car with extra horse-power

and then you feed the horse with what you can find under seats, is no problem

how high r u atm

my friend, i am low on ground