Is chart added to inventory by default? It ruins the exploration adventure.

only on easy i think, ur mistake, my friend.

No, I play Normal Mode you dumbarse.

Kuwait is a nice map

I play on normal, yes it comes pre packed which sucks

Oh no, Saddam and Iraq are at it again. 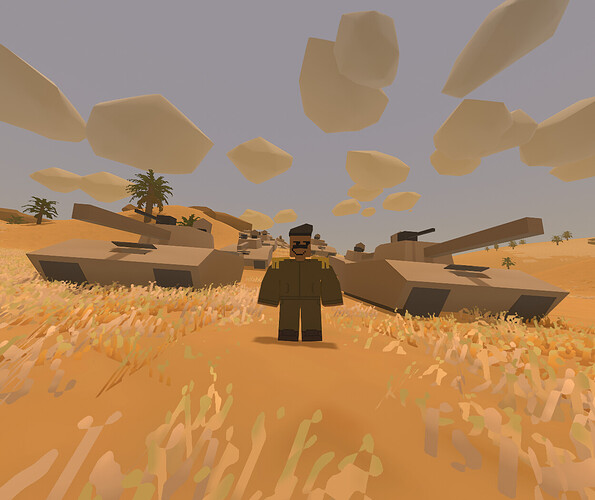 Yeah i suggest to turn it off, or just maybe make it findable

I’m enjoying Kuwait a lot and I find it too soon to make a concise full review, but there’s two opinions I want to share now.

Plates were removed and instead, players are now using chairs

to climb to those mushroom

like structures ( don’t know the proper naming of those things), so in other maps you would see massive plate bridges up to crains and high spots like that, now with chairs, the panoramic view looks grotesque, as now I see chairs everywhere.

The second thing is the water surface percentage in opposition to land mass. I don’t know exactly the numeric value, but Kuwait is now played in the left half only except for the Deadzone, which means that every time you are driving, there’s a bottle neck at the middle between left top and left bottom. The server I’m currently playing in gets full at peak hour and now there’s no more “SURVIVAL” experience because there’s basically one base after the other and you don’t get the “Post-Apocalyptically” feel anymore as it looks like we are back to the “normal” with so many constructions around. Either make the map even larger or reduce the water area, seeing rivers and see looks nice but it feels too packed together. You don’t really need to go search for bases.

Three details. Don’t know if it is Map Curators accident or intentional (there was another thread but I can’t find it).

“ which is kinda annoying, for I landed it fine but unless I drive it backwards, I won’t be able to take off due to surroundings shouting “you will explode

2.- The “Plot Roof” has no tier three, there is no Spectral version of it. Which terrible as it would be the weakest roof/floor to go down through, without mentioning the loss of my crops (in the other lost thread, I was pointing the NO skill gain from harvesting which subsequently increases the presence of Fire

in the blueprints which is awkward as we don’t lose skill points.

4.-I would like to suggest changing the attributes Warmblood, to something else as there is no cold

here and maybe use it for resistance against the Sandstorm, or like it is also suggested elsewhere in the forum, a skill to increase Salvaging speed time. Regarding this aspect, I wish I could somehow convert Brick

Posts and Ramparts back to their raw state or be able to upgrade them to Columns and Walls respectively, my teammates are making dumb construction

Is it me or the spawn rate of Explosives

is extremely low? I have 5 Detonators and 2 raws…

Kuwait needs a second Military Base like Paradise Point, Zavod, Schwarzward Military Base; this is because getting Military ammunition is somewhat difficult and you are mostly forced to use Ranger ammunition and salvage any Sunrack for the magazine only and reload to single mags every time. The small outpost with 2 tents is not really a profitable location except for the Mega spawn. Which leads to the second problem: we don’t need Detonators as much as other maps anymore as they are not a required material to craft Horde Beacons, so we end up with dozens of those without any use. The Mega drops need to be altered to drop more explosives instead. Kuwait has somehow become weird since you can get all high loot at the Deadzone which leaves me wandering why would anyone want to do Horde Beacons at all then? HBs require large amounts of ammo, and you can as easily just get the Galvanizer at the Deadzone instead. Now this raiding gear is worst than the Dragonfang as it occupies more space, like the Hells Fury and it’s ammunition box has less bullets, instead of the 250 rounds, which means you need to carry more boxes instead, plus you need to repair the Galvanizer at every two magazines with 2 blue batteries. In every map, you have a “CHOICE” to either to with C4 or with the Dragonfang or both mixed, but in Kuwait we are left with Galvanizer only as getting explosives is very hard. We need more explosives spawns.

The Monarchist slot for Barrel or Suppresor goes so far from the screen center that it ends up at the top left corner of my screen and I barely see the the bottom right quarter of the slot. Why can’t we have all slots centered in the middle of the screen instead?