Rain can cause drastic changes when the conditions are right

While a nice and short rain storm is nice to have every now and then in-game, it doesn’t really do much. At best you’ll get a few neat little puddles or maybe your crops will grow ever so slightly faster. But in the real world, rainwater can do much more than that. I’m not saying to add in hurricanes and widespread flooding to every map that exists, but lets consider the possibilities of localized flooding specifically.

Immediately below, there are two images. The first shows a beach with some structures in the background. The second is a community experiencing a flood. 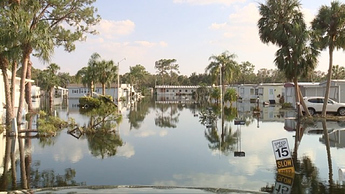 image1280×720 266 KB
With the exception of that one flooded city on Germany and the bunker on France (maybe others too), 3.0 has had pretty much no flooded areas in terms of curated maps. A flooded area doesn’t necessarily make the game better but it adds diversity and an experienced map-maker will know how to effectively utilize it to improve game play. In Unturned II, if Nelson has a decent system for adding separate water bodies we may be able to expand the possibilities with flooded environments. Take a look at the next picture as well; it displays an environment that is very different from your everyday forest because of all the water present. 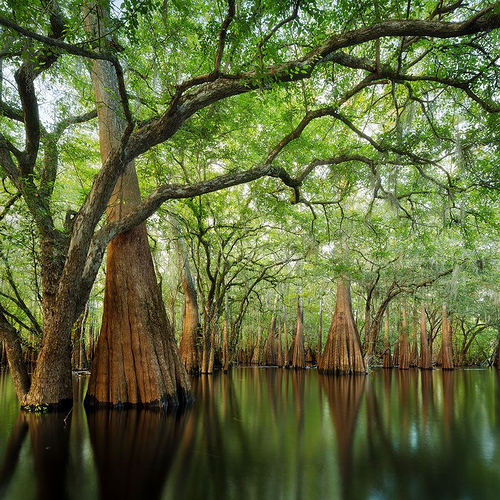 Flooding lowland areas in-game can bring us a whole slew of new maps that revolve around environments such as swamps, hurricane-ravaged cities, and regions that are just wet in general.

Now for the main part about floodplains:

First of all, I’ve got no clue what’s been thrown around about weather. I’ve seen suggestions for hurricanes in the past and probably flooding as well but it’s a topic that hasn’t been discussed recently so why not?

This part assumes that each water body is a 3.0 devkit water volume, with no major limitations or performance losses that may currently exist.

The way to create actual floodplains that I’ve thought about involves being able to dynamically create/remove water volumes, and to have the ability to make them move as a server is running. Let’s say we have a 7-day weather history that the UII server provides by default as well. If the odds are not in your favor and you get two or three consecutive days of rain, floodplain water volumes spawn and begin to rise up to a certain level. More days of rain means that this volume keeps getting higher and higher until it reaches an absolute maximum height defined by the mapmaker.

Let’s say that it takes time for this water to go away as well. For every full day of rain, it could take say two days for it all to drain. If a flooded region still has large amounts of water after a few days of dry weather, then additional rain will raise it up again. If the water had gone away entirely though, you would need to get the initial two to three days of rain before flooding could happen again.

Impact on other water bodies

Water bodies such as lakes and rivers could also be affected by flooding in similar ways, along with being capable of drying up if you have too many days of hot and dry weather. A particular river may overflow one day but dry up to a small stream months later. It all depends on random chances which are defined by factors such as time, season, and maybe even hours of daylight.

Being able to look back on what past weather has been like in-game can allow for many other possibilities, not just raising and lowering water volumes. Another example would be an NPC that sells raincoats and umbrellas when there’s a lot of rain. But when it starts to get cold and snow, they instead sell a larger variety of winter clothing.

Take a look at the next picture as well; it displays an environment that is very different from your everyday forest because of all the water present.

Not Where I’m living. That shits normal for me.

nice i agree with you

How about the flood actually causing effects on the zombies. What about swamp zombies that can come out of the water or mudpits left behind from the rain?

I think natural disasters are welcome as long as the player has time to prepare. these ideas seem unfair at first, but in practice in games such as don’t starve, they change how the player thinks towards the future, or react impulsively.

My ideas for flooded areas would pretty much treat them exactly as they are handled in 3.0, never messed around with leaving drowned vehicles sitting around but ideally those would remain safe wherever they were parked unless flood damage for vehicles is added.

Any areas prone to flooding would be something that I’d personally mark on a chart for people to reference instead of finding out the hard way. Something like a light blue tint could possibly work for flood-prone regions. And another thing about dealing with floods, if the building system was exactly like 3.0 you’d still be able to use pillars to lift your base off the ground and avoid having all your rooms flooded.