Ever wanted to make a Curated Map?

Right now I am looking to build a team for a Curated Map project! I have multiple ideas on what I want to do, and I would like to bring in some people to help out with the project!

If you do want to help out, please leave a comment on this post or DM me on Discord (Paladin#1503) with the following:

If you have any questions, feel free to DM me on discord or leave a comment here as well.
(also yes I did make another post like this a few minutes previously but I accidentally hit create topic before it was completed)

I sure as hell have wanted to do this for a long time, but I can’t even model on blender so I’m a disappointment to humanity.

I’ll go learn how to actually contribute to society, then come back.

Interested to see where this goes. What kind of map are you thinking of at the moment?

I have multiple ideas, a few of them I’ve shared before I think. I might want to revive the Colorado map from my Colorado Devlogs that I made over a year ago, or I might want to do something new. I have a few map layouts in various states of completion in my maps folder that might become something, but I want to form a team first and get their inputs if possible

I don’t care if it takes over a year, I’d still do it

For example. Mormons believe that the Garden of Eden was in Jackson County, MO. (It’s not an exaggeration, it’s on the Mormon website) There’s also a thing where my home state expelled the Mormons during the 1838 Mormon War but we don’t remember much about it. So it could make for an interesting map with Easter Eggs about the history of Missouri.

Another interesting fact is that Missouri has it’s own dialect of French, called Missouri French.

That, and I already made a sketch for the map. This is a proposed idea for a large Missouri Map that I made. 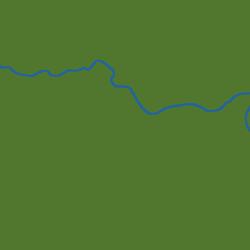 Missouri Map (Unturned Layout)1000×1000 2.75 KB
2. Indiana
Cool state that could be interesting to make a map on. Also, a random state I named on the top of my head.
3. Florida
I want to see how Florida Man survived the apocalypse. Also, Didney Worl (because copyright issues, shh). Also, the Southern option because parts of the United States need some maps. I mean come on.
4. New York
It’s the home of the largest city in the United States, there’s also Niagara Falls and Buffalo.

Also, I believe someone already made a Colorado map on the workshop.

Florida is wonderful, I vote Florida.

The problem with central US maps is that they’re very flat, and wouldn’t be interesting to play on without taking some huge liberties

Also, a random state I named on the top of my head.

Then why even bother replying

Thank you everyone for your interest! I have dm’d the members I’ve chosen on discord. Stay tuned for more in the future!

OK thx for this topic