Hey, been a while since I’ve actually dedicated some time to making one of these, so here we go. As melee is currently one of the things being worked on, I thought I’d make this.

(Note: All suggested keybinds are default for standardization purposes)

Parries are performed by clicking or holding RMB. Parries will block full frontal melee and thrown weapon attacks, dependent on the length of the weapon used to block. Holding a parry becomes less effective the longer you hold it and is only effective against weapons of a lower weight class, and will only reduce damage against heavier weapons. Damage reduced or negated is dependent on the weapon’s weight class against the attacking weapon’s weapon class, see weapon types for details.

These weapons are all weapons with blades designed for cutting or slashing, such as most knives, sabers, and axes. These cause a bleeding effect upon hit.

These weapons are all weapons with blades designed for thrusting and piercing, such as spears, pikes, and rapiers. These are more effective against armor.

These weapons are blunt weapons, such as baseball and cricket bats. These can stagger non-player enemies.

These weapons don’t fit in any of the aforementioned categories, and include weapons such as blowtorches and chainsaws. Note that fists are counted as light and blunt melee weapons by default.

These weapons are, as their name implies, the lightest type of weapon there is, and have the fastest attack speed and recovery time. Light melee weapons can only negate the damage from another light weapon on a successfully timed parry. Melee attacks performed with a handgun (such as a pistol whip) are light weapon attacks.

These weapons have a balanced attack speed and recovery time. Medium melee weapons can only negate the damage from light and another medium weapon on a successfully timed parry. Melee attacks performed with a long firearm such as a shotgun, whether it be a bayonet or the butt, are medium weapon attacks.

These weapons have a slow attack speed and slow recovery time. Heavy melee weapons can negate the damage from all melee and thrown weapons on a successfully timed parry. Due to their nature, however, heavy weapons also have a slower parry animation.

These weapons cover only the upper body and head when parrying, and don’t protect the legs.

These weapons are typically polearms, and cover the entire body when parrying.

Shields are a special type of defensive weapon, and can also be one or two-handed. Holding a parry raises the shield and this parry is effective no matter how long it’s held. Atacking with a shield is a shield bash and this attack can also be charged, though this does minimal damage. Charged shield bashes can knock non-player enemies of comparable size to the player off of their feet. One-handed shields can also be…thrown.

I’ll be heading off to university next month, so this will likely be the first and last major suggestion post that I make for a while. GHJ, I’m starting to get how you felt a while back. Thanks for reading this, whatever this is. Well structured text wall? Unintelligible blabbering? I don’t know anymore. Alright, hope you guys enjoyed reading this.

I think you should be able to parry only with a shield and the heavier weapons should do more damage to armor and have a easier time breaking a defense of the other player.

If by that you mean that real men are fine with being cut down by others with weapons, by all means, be my guest.

Would you be able to parry with a gun? If so, then nobody will counter the charged piercing medium two-handed banzai charge

In what way is this “too complex?” This seems perfectly fine to me.

The wording might seem a bit complex, but I think I’ve done a rather good job of making a simple melee system that’s not too hard to get used to.

You can parry an attack but parrying a charged attack throws you off and leaves you open for a bit. Then it comes down to the different weapons. Weight determines which weapons can block which weapons, and length determines how much area you cover when you block/parry.

1: This could tie into other sets of equipment. Riot, ballistic, improv shields…
2: Why can’t I throw pommels?
3: probably the hardest part is balancing. Too many types is too much work and risks redundancy/outright useless items

We need to be able to attack with every item in the game. I gotta beat up bandits with Canned Beans. (Don´t ask why)

Realistically I love shields to death and I would definitely want one in a zombie apocalypse, however balancing shields I feel is something that requires more discussion as I speculate it would change combat drastically. (Both PvE and PvP)

For now my vote on shields is no, unfortunately.

In what way would they be unbalanced? Anyone could literally just pull out a gun and shoot/outflank you lol

I’m really glad you and @NothingToSeeHere take interest in how they could potentially be really unbalanced. It has been awhile since I have discussed anything seriously on SDG.

Coming from someone who has drained hours into First-Person Slasher games such as Chivalry Medieval Warfare, Mordhau and Reign of Kings I can attest that shields can definitely be done wrong.

In what way would they be unbalanced? Anyone could literally just pull out a gun and shoot/outflank you lol

I would hope this is the case, however in my past experience I have seen cases in which the turncap for holding up a shield has been way too loose (Cough Chivalry, Cough ROK) which is why I bring up balancing issues with shields. I would rather not having people spazzing their cursor around wildly or being able to snap to players without hesitation to block incoming bullets or melee.

When I think of shields in a zombie apocalypse, my mind floats to the ballistic riot-shield.
For the sake of simplicity, I am going to be talking about the qualities and balancing I would like to see in a ballistic riot shield specifically.

Weight
A ballistic riot shield weighs approximately 20lbs (~9kg), light enough to hold in your arm but definitely encumbering and will get tiring over time.

Movement
Holding up a defensive guard/stance I would suggest hinder movement speed while actively defending. A passive movement penalty can be considered but I do not think it is necessary given U4’s weight system will have that covered.

Visibility
Visibility should be compromised even while holding the riot shield passively in your arm due to how large the item is. While actively defending/guarding the glass can serve as aid, but the other parts of the shield will likely still cover parts of the screen. 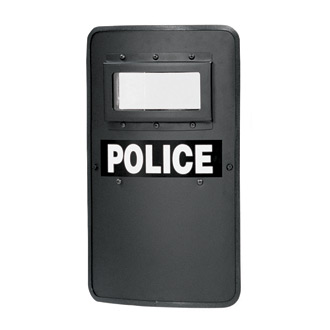 Stamina
Here is a big one. Blocking projectiles and melee strikes should cost stamina in order to tackle the potential abuse a “Turtle-Playstyle” can impose on other players. This can also apply to zombie attacks that way you do not have a player who can block damage indefinitely until they feel they are safe.

I do not have any ideas on how much stamina blocking should consume, I feel that can be a whole seperate discussion.

Durability
Lastly we come to durability. Blocking 10 Mossberg blasts should definitely damage the shield to some degree. A shield can become unusable if it takes enough damage and the handles get busted. The durability of ballistic riot-shields should be high since they will likely be an uncommon-rare find at police stations or checkpoints.

That about wraps it up. Sorry I took a couple of days to respond, I don’t regularly check SDG anymore. Thank you for taking the time to read my suggestions, have a good day lads.

I actually didn’t consider adding stamina (apart from maybe charged attacks) into my melee system, instead opting for a basic rock-paper-scissors type of deal, but upon second thought shields would be extremely powerful against someone without a shield.

When I think of shields in a zombie apocalypse, my mind floats to the ballistic riot-shield .
For the sake of simplicity, I am going to be talking about the qualities and balancing I would like to see in a ballistic riot shield specifically.

So, the thought here is that riot shields should barely block any bullets, just knives, arrows, maybe a .45 ACP or something.
Ballistic shields are much heavier, and obscure a lot more of the screen.
Beyond that we can’t get into specific weaknesses without getting autistic and I don’t want to overcomplicate things.

There could also be craftable wooden & metal shields, or maybe even rare antique medieval shields. They could help protect against melee, throwables, and arrows, but even the weakest guns could likely penetrate them.