My little brother says in 4.X he wants
“To be able to go into a blimp, like not just ride in the seats, but like actually go into the blimp.”
Edit: He has elaborated that he means walking around in the cabin.

well in a Zeplin, you can go inside for maintenance. Maybe he means like that?

Considering dirigibles are just giant balloons stuck to wingless planes, the chances of entering the innards of one are little to none, since doing so would destroy the one thing that makes it what it is, that being a balloon.

While semi-rigid and rigid airships have walkways for engine maintenence, they’re on the outside. 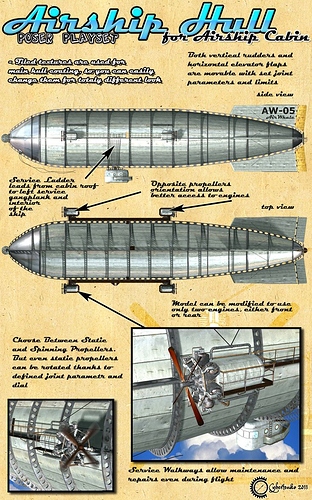 I think burning the fat boi with a blowtorch is enough maintenance.

(He specifically asked me to suggest me to recommend this for 4.X. I guess I did that, and someone else undid it.)
There have been designs of zeppelins which allow for people enter the upper part without leaking gas, by having multiple game compartments inside the aerodynamic cover, but my brother definitely didn’t know about those, and they are irrelevant to a modern, somewhat realistic setting.
He said it wouldn’t matter for cars since they’re so small, or hot air balloons since they’re just little baskets with balloons.
Edit: I just asked and he wants to be able to walk around in the cabin.

(He specifically asked me to suggest me to recommend this for 4.X. I guess I did that, and someone else undid it.)

I think it was undone because of the “My little brother says in 3.X he wants” at the start. If they change is wrong, change it back & fix the leading sentence.

Edit: I just asked and he wants to be able to walk around in the cabin.

This is what I assumed he wanted, similar to walking around on a fishing boat or in a hot air balloon or on a dumptruck. Would be possible with parented offset movement. There’s a lot of vehicle-related changes Nelson wants to make, so being able to move around inside open vehicles (like campers, for example) should be possible.

At the very least, it’s not unreasonable to expect some tests with it being done.

Curse you autocorrect! (Or maybe it’s my big fingers on this little screen. Actually it’s probably my lack of proof reading to blame)

So maybe like the fallout 4s BOS airship where you can walk around inside it?