currently in the unturned we can use things to craft others, but could we simply use the goal alone, confused? let me explain we can use a hair clip to open doors just like in movies we can also ask for a teammate to snatch handcuffs with axes or anything else with hammers, we could also have throwaway objects we can get a bottle and throw at someone to apply damage the average distance or break a glass bottle and use as a sharp object, I pick up a chair and hit some clear player would need a unique button to perform the action of picking up the chair could be ctrl but I think it would not be comfortable for hand, knock down and push things to block the passage of people or zombies would also be interesting

This post is incredibly hard to understand IMO as it consists solely of jumpy examples as opposed to an actual point or explanation about how it would mechanically work in game.

lack of any capitalization or periods whatsoever 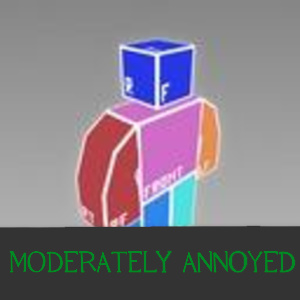 I think he was trying to say that we should have interactive maps that have all props to be useable. Such as throwing chairs/bottles, or using a hair clip to picklock. Tho idk about the picklocking, but having all the props be a usable item can cause frame drops if I’m not mistaken

I’d assume so too, as they’d all technically be entities then.

There’s been a few similar suggestions in the past, but I’m relatively content without. However, maybe some particular props could be taken, despite appearing as normal furniture?

It’s been suggested kinda-ish before, but I’d be alright if players wanted to steal paintings (of all things). I’d also (most definitely) be alright with stealing mailboxes.

’d also (most definitely) be alright with stealing mailboxes.

Molt?
What are you hiding from us?
points flashlight at you

Mailboxes in Unturned 1.X were a melee weapon similar to the sledgehammer.