In unturned 3 you can get the highest rank in a NPCs camp and still not have access to any private storage, beds, free meals or anything. You are always the go out guy that doesn’t stay around long. It would be nice if you could stick around and plant crops of whatever.

Player Given Quests
I think that first a way to give quests would be nice, a thing like a job board that other players could go up to and accept jobs and once finished get a reward. The player wouldn’t have to be there for giving the reward, he would give it to an NPC when he makes the quest and the reward, and quest items from the person would be delivered and picked up from the npc at any time.
Work at the safe zone
The player could do daily or so jobs at the safe zone that would have small rewards but benefits over time, there would be things like plant plants, were the player would plant a certain amount of crops in an area from seeds given to them, or to stand guard and shoot passing zombies ect.
Free meals and rooms
The rewards from daily work could earn you coupons for meals, some meals (like mabye once a day) wouldn’t need coupons, like you daily food. If you worked in the kitchen you could also get extra food and decide on what other visitors got to eat, (mabye even poison them). You would also earn a private locker that is unraidable and completely safe, there would also be beds and rooms that people could earn or buy (possibly even have to play rent or else get kicked out and stuff given to them if they return)

This idea is just so you don’t have to leave the safety of the safe zone to do things.

imo this fits a more RPG styled game, but I’d be okay with a random assortment of quests that NPCs can give that are just grinding purposes, go here, kill zombies, collect that, etc.

I do like the idea of NPCs giving out coupons to exchange for items though, reminds me of Metro a bit.

implyes that that would be an issue

Quest 1: lmao quest to fill the board, bring me some berries
Reward: Rake 17%

Quest 3: I just got the game! Pls bring me gunsssss
Reward: Nothing lololololo

This will be typicall Quest Board ;-; but players giving quests is very good idea! Just the community sometimes can be trolls -_- 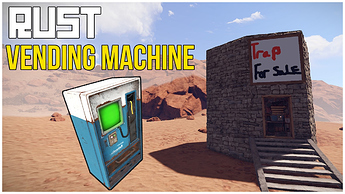 Normaly selling for things very common and userfull like Wood, Sulfur, Scrap all this realy userfull on game.

About the rest (I playing a game not finding a job!)

That is a side effect of having a player driven economy. I’m sure that there will be people requesting serious things with fair reward.

How about making the quest board global between official servers.

That would be cool!
And like user @Zero mentioned Rust’s vending machine something like that could be added to UII too