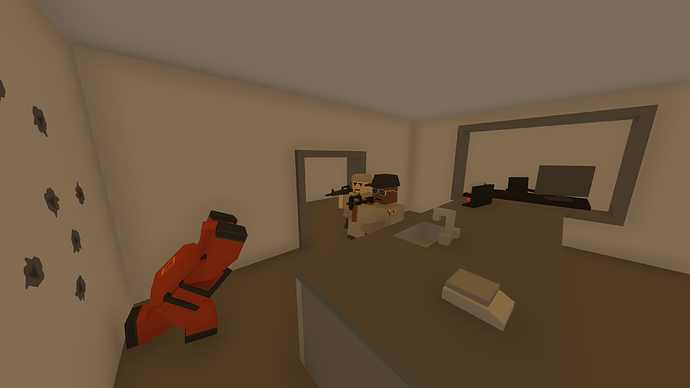 Yeah, now we have custom clothes.

Live in Utah, can confirm this is what its like.

no 7 foot tall aliens on display

0/10 no ethics questionable in picture

wondering how that dude dodged those bullets above him

the photo is not realistic if you surrender in unturned no one will stop stop to shoot in you.

live in utah, can confirm that scientists are shot on sight every day. and if one survives, a massive booming voice saying Mission failed, we’ll get em next time explodes through the sky. its astonishing actually

liar - the “Mission failed, we’ll get em next time” voice is only in the UK

Nuuuuu, its in utah as well. It also in my head.

so you’re a schizo

That bullying. Call him a special child.

tbh down here its flipped. Say your Mormon and people freak out because for some reason the people who hate Mormons live here. Makes no sense.

Are you sure you’re in Utah? The only place i can imagine that happening is in Salt Lake city.

Yup. I do attend a really sciency school near Salt Lake City. The other areas are a lot more mundane.

Ahh, alright. you better be studying aerospace science, i’m gonna be there soon

Need to remember to make the churches have zombies in church clothes in them xd… white suit and tie. But that would only be because the apocalypse happened on sunday or sumthing, also black pants with the white suit and tIe. Or you can just use the vanilla tuxedo shirt and pants? I dunno