I know, this may sounds sorta stupid but I was sorta thinking for cars and radios to have radio stations. Possibly if you flip a switch or repair other radio towers it will have other broadcasts than an emergency broadcast. It would just add immersion to be able to turn on a radio and hear an emergency broadcast or maybe some sort of music playing based on if people repaired stations, or maybe radio broadcasts from survivors calling for help ect.
.
Tl;dr
Radio stations for car radios and normal radios.
.
@ShadyIndividual
Well whatever, I’ll use this to reply. sounds interesting.
.
@Seb_Romu
Stuff like emergency broadcast stations I believe have stuff like this set up, so even if the power goes out it can continue broadcasting. and for the other stations you could probably set up a few generators and you would probably be good.
.
All your ideas are interesting.
.
Just wanna let y’all know, I got silenced for getting in an argument with someone so I can only respond by editing the post. Plz don’t laugh at me T-T
.
@anon36099209
As I said before, I’m pretty DANG sure emergency broadcast stations would be for with generators that automatically turn on if the power goes out. So there would be a constant repeating emergency broadcast to evacuate for probably months or even years after it all started, sorta like how in the walking dead they turn in the car radio and the only thing on is the emergency broadcast station. Ect 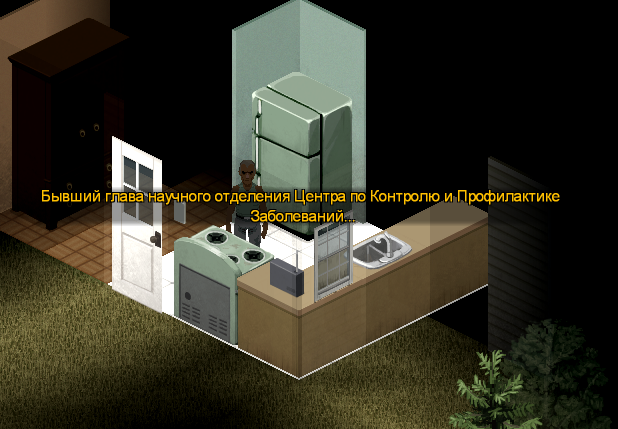 P.S: Sry for the Russian language here. I haven’t found anything better.

Radio stations require power, so unless the repairs inclide installing solar arrays or restoring the whole power grid for the town, it’s unlikely to be significant.

That being said I like the idea of handhelds and Citizen Band radios in vehicles etc still having some survivor chatter. Maybe even some HAM radio person still giving updates from a private transmitter.

“And you’re listening to Galaxy new radio, we’re a radio free wasteland, and we’re here for you.”

I like it, but it should just display the text on the bottom of your screen.

But who’s controling (or even running the power) at the radio station tho?

I actually have some ideas about radios here: Phones?
Let me know what you guys/gals think

I think it would be interesting if radios are added. It would actually play like fan-curated music that is approved by Nelson.

I’d really like that. There’s something I like about the fact that while it is the apocalypse, there are still people out there dedicated to getting the news out.

This dont make any sence to survival! and why add this?! is to hear music in this case i go hear music dont play a game of survival.
first stop to think how idiot is this!!

I think it has sense to have radio stations even in an apocalypse scenario. Just think, wouldn’t some safe camp (most likely outside of the map) try to broadcast with any methods to inform survivors? It’s a realistic scenario imo, and to try and “boost” people’s moral they could also put some music from time to time. I think it’s legit.

Also, if the map is big and complex enough, it would be cool that some “survivors” aka npc’s would send help requests through such radios, and that could be the beginning of side quests.

Nelson did add a radio in 3.0 that pretty much only plays music

It’s also worth mentioning that radio comms is canon. The Coalition and Unyielding send radio broadcasts in an attempt to contact other survivors and allies.

My vote? A definite yes. Just as long as all of the stations aren’t playing Oldies. Stupid Fallout 4 got “60 Minute Man” stuck in my head for an entire day.

my account is no longer silenced and have to say, your ideas are interesting.

its not going to constantly play music unless people repair stations, also, it isnt idiotic, its realistic. Radio Stations would probably have discs lying around that they play over the radio, and the government would play a emergency broadcast (radio station of sorts) notifying people of evacuation zones and such. these broadcasts would stay on long after the zones are overrun and such. These radio broadcasts could possibly help you understand where areas of decent military loot are. It is realistic. So please, dont say its idiotic, it makes a lot of sense for stuff like this to be around.
(could someone translate my post for him? he may have misunderstood it.)
Have a nice day.

What about if you could build your own radio station choose its frequency and stuff?
So you could have like a radio for your group communicate or just do shenanigans.

(This means playing earrape on every frequency)