These five factors should be the core of the gameplay and AI.

While “The Turned” will not use all of the senses they will use 3/5. Smell , Hearing and Touch.

The Rotting Corpses means the eyes are already decayed and their vision is impaired.

Smell will be used like this. Some items / foods will exude a smell that “The Turned” can pick up from a certain range. This will force the player to make his choices wisely when it comes to preparing his gear for a scavenging run.

Touch , “The Turned” while they are rotting corpses can still pick up a certain tactile signal , meaning in due time at a location (E.g. Pharmacy , “The Turned” will probe the surrounding areas for a accessible point. In the mean-time a mob mentality begins to form up as other “Turned” will hear the banging of “The Turned” and will soon follow.)

Players will use these senses to determine if zombies / other survivors are nearby and to avert dangers.

With Taste , you have a first clue of what type of food you are going to eat(E.g. Poison Shrooms , you don’t know that yet , so it will be marked with ??? , until you have seen its effects on other survivors or have tasted it and removed it from your mouth. Or you have a survival guide / manual which should teach you the basics of survival if you find it.)and react accordingly.

Your Vision can be impaired by bright lights such as a flash-bang exploding or a flashlight shining right into your eye and it is also used to determine your surroundings and maybe even spot camouflaged enemies. (Note: Camouflages should be changed from one basic color to maximum 3 colors but in a reasonable way to fit with Unturned’s style). If other survivors have previously stated items that exude a smell the character will acknowledge it and you will be alerted to a possible presence in the area of survivors. This also applies for zombies but with a different dialogue line. (Note: A small almost transparent Dialogue Line will appear at the bottom of the screen E.g. "Ugh… What’s this smell?.. Is that… r-rotten meat? The * * can be replaced with any item / food , “Ugh… Smells like The Turned… Better stay safe.”).

With hearing its pretty self explanatory but the guns do need a bit of tweaking on the sound as a bullet is traveling faster than the speed of sound. First hits the bullet 0.6 seconds later the shooting sound is hear. You can hear footsteps , leaves rustling , the moans and growls of “The Turned” and so on.

Touch is also pretty self explanatory. Except if you are blindfolded then it is pretty useful. The character will remark how it feels what he is touching. “Hmm… Is this… the wall?.. / This is a wooden plank…”

Also other aspects that need a tweaking is campfires not needing fuel to keep burning and even a lighter or a match. You get the idea.

Books should become useful not only to create journals in case that you die (or not) other survivors can learn to survive better from your experience or vice-versa.

Vehicles should be fully customizable and destroyable meaning that you have E.g. 6 car parts , you can armor the windows , change the wheels , armor the front of the car or make a fully custom car from already vanilla car parts.

That was pretty much it. 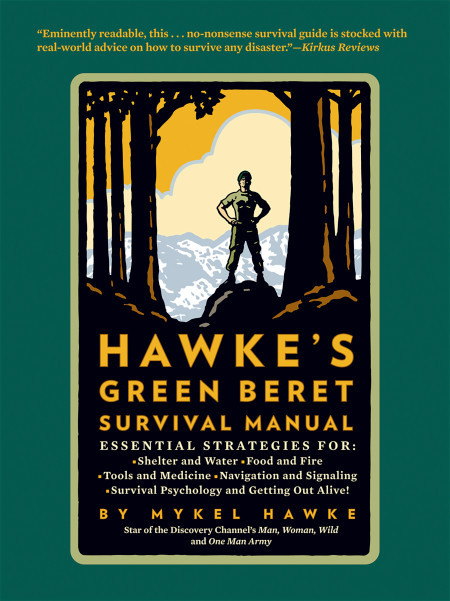 Books should become useful not only to create journals in case that you die (or not) other survivors can learn to survive better from your experience or vice-versa.

I don’t know why but the usefulness of in-game books and guides will be useless because there’s this thing called “unturned bunker wiki.”

Sooner or later Molty python will upload all of the usefulness and render this feature useless.

Unless it’s like a randomly generated treasure map. Or for RPing. 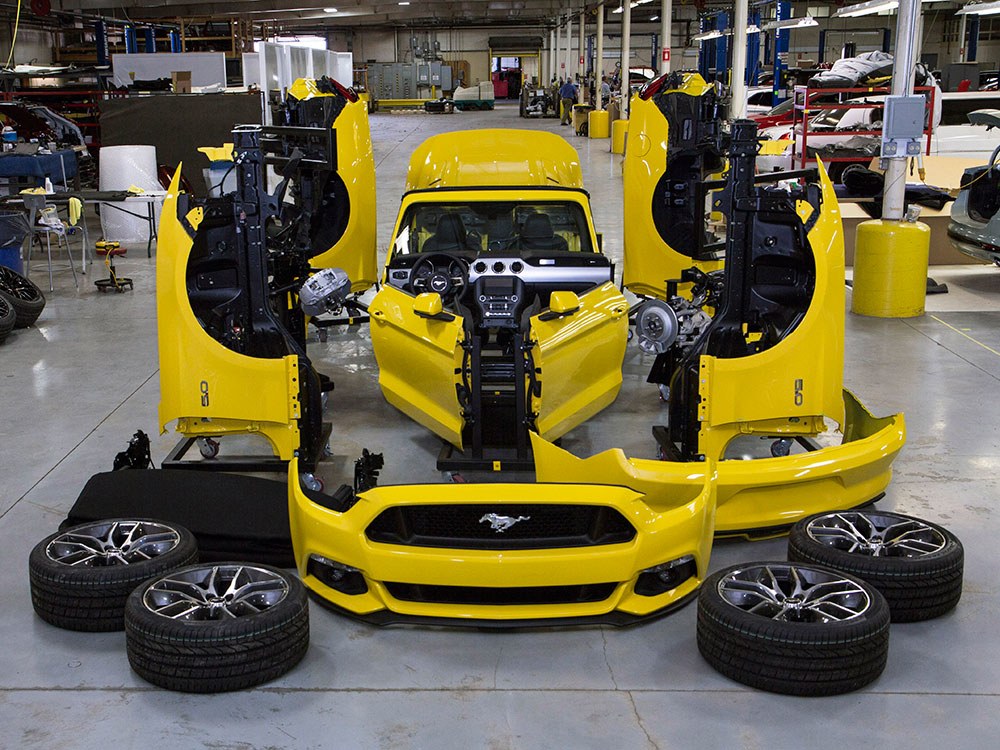 Player should use his own senses so emulating them is unnecessary.

Players will use these senses to determine if zombies / other survivors are nearby and to avert dangers.

I can’t think of any way to implementing this without making it a wallhack.

Certain things I like, but dialogue lines have a high chance to give the player away. In addition, most poisonous foods actually taste fine, with the exception of the Universal Taste Test which does not work with mushrooms. Books should unlock recipes and skills instead of having to read them and commit recipes to memory or something.

I understand your point but you misunderstood me. Shrooms and other items will be marked ??? and you wont know which is poisonous which is not. The manual can randomly be found , it might unlock crafting and as such its a faster “wiki”

It won’t be a wallhack. Its more like you smell a rotting corpse and acknowledge the smell. The only thing you get is that a survivor / zombie is nearby. Just a notification in the hud nothing visual or crude such as a wallhack. 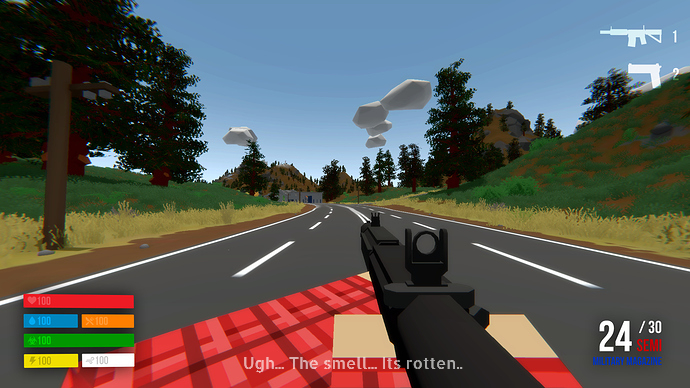 As you can see it only shows a small string of text which is semi transparent and will fade away over time. It’s a sense of smell and the character acknowledges it. It won’t show you anything.

Alright, Shrooms, what are the odds of you finding shrooms and eating shrooms, I mean, there’s other stuffs you can eat. Now I honestly don’t know if your meaning of “Other items” are berries or wild edibles (Which is likely, but perhaps in Unturned’s universe there’s also a manual for chips poisoning… Who knows.)

Anyhow, If it’s going to be like. “In this server or the teal berries are good, but in that server it’s not.” Then it is nothing but a whole “Clusterfrick” of unnecessary taboos to learn for each server (or map.), and why would you care about wild edibles when grocers in this game spawns foods like wild edibles already.

Again, 4.0 spawntable for food might be different, maybe it’s going to be harder to find canned goods and easier to find food via wild edibles, but it’s just seems unnecessary (Even if it’s challenging). At least that’s in my opinion.

I don’t know why but the usefulness of in-game books and guides will be useless because there’s this thing called “unturned bunker wiki.”

Ever heard of roleplay situations? plus, its easier to have something ingame to look at instead of having to exit out of the game, search up the website THEN search up what your looking for, THEN read it, all while your character could have been murdered by people or zombies

and the holy grail