Scorpion 7: From The Ashes 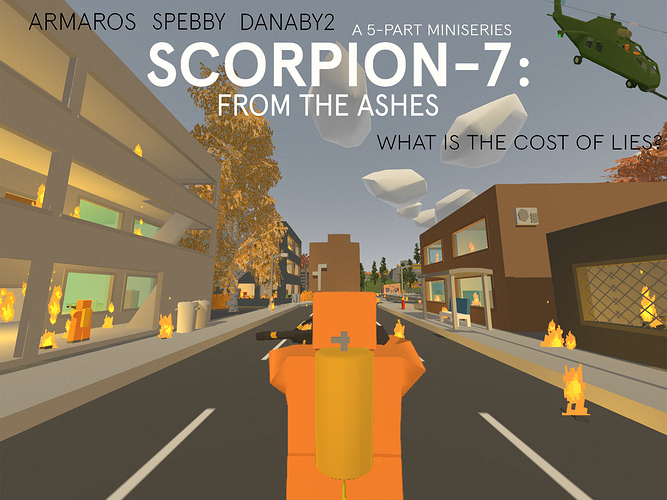 The five-part miniseries SCORPION-7: FROM THE ASHES was a departure from the standard form of the rest of the series; instead of being just a singular title, it was expanded into a miniseries with noticeably higher funding than the most recent film. This shows; the set design is superb, and the costume design is probably the best I’ve seen in years. The choice of actors is, by no means, deficient; Spebby, in particular, plays the part of the Facility Director incredibly well. That is not to say the rest are lacking; all the performances, in general, are amazing. The only criticism I have is how the plot starts to fall apart during the third episode; having the virus just arbitrarily disappear from the southern section of the city with no real build-up or effort put into it just feels like a cop-out when the writers realized that they would only have five episodes to write. Overall, though, I like the film; it feels like a well-constructed prequel to the rest of the series.

I’ll mark it on my calendar. Channel?

I better see fried chicken or ima be pissed.

Prequel, called from the ashes?

I was happy to be called back for this part in the film. But I was ultimately disappointed that most of my time on screen was cut down when they removed most of the footage of virus quarantine from the south side of the city. I was still had more lines and screen time that in my other films, I enjoyed being one of the few people there to have been in all movies, I got a lot of respect from some of the newer members of the crew. Anyway my favourite scene is the mid city skirmish, the visuals were amazing and it was the longest my character has been on screen, it may be because I’m an action junkie, but it was a great part of the movie. I told that in any next movie, I would definitely be more prominent.
Looking forward to the next one if there is any.