The most elaborate, semi-real easter egg in Unturned history

Disclaimer that I should’ve added but was too stupid to think of: This is somewhat satire, please don’t take the entire thing seriously

…hah no, I’m not going to start with that. I am sure you’ve been accustomed to me making detailed suggestions or simplistic memes, but today, I bring forth something entirely different. Something so groundbreaking that it very well may change how we think of Nelson forever. I’m talking about a conspiracy theory - and not just a satirical one like Pork’s, but one that may actually have been an intentional correlation created by Nelson himself. This is so important that I’m actually going to attempt verifying the validity of this with Nelson if possible.

So, let’s get to it. It was a normal day, and I was chatting with some friends in Pineridge about various manner of memery, when I stumbled across something peculiar. I was in the midst of working on the Unturned Globe Project, a recreational project that displayed the geographical location of major community members and modder friends worldwide.

Do you know how in Washington in-game, Scorpion-7 is north of Everett? Well, I was setting markers in Washington when I remembered a road trip I had taken down there earlier in the year, and more importantly, noticed that right beside IRL Everett sat a very remarkable facility: 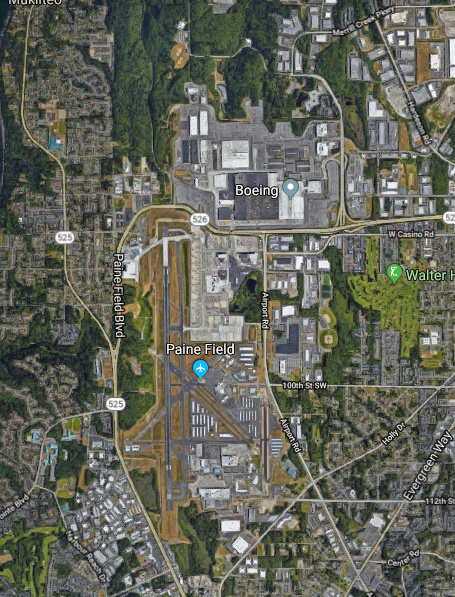 Yes, I’m referring to the massive Boeing facility here, that is world-famous for having the largest enclosed structure by volume of any building on Earth. Upon closer inspection, I discovered there was also a “Flying Heritage and Combat Armor” museum nearby. I thought nothing of it at first, and continued on with my seemingly irrelevant work.

Now, it was upon sharing this with Pineridge that one of the users, @Armaros, made a quick joke about it being a Scorpion-7 facility. Wait a second though, we may have been on to something! Our familiarity with American military technology allowed us to do some additional background research about the facility and about Boeing, and it was at that moment that I truly had a breakthrough moment: 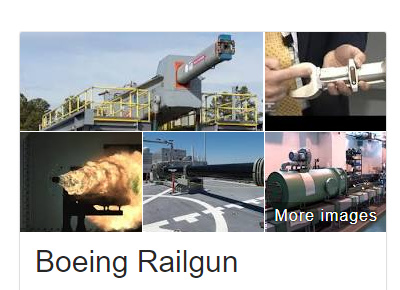 Turns out, Boeing was actually one of several companies in the US developing railgun prototypes for the US military! Railguns, eh? Sounds a bit too uncanny when compared with the technology of our in-game Washington brethren, and of course, I’m referring to the S7-produced man-portable railgun itself.

This is it. Nelson himself surely knows about this and has used it as a god-tier bamboozle for anyone willing to dig deep enough into researching the reality of Unturned’s maps. Well, of course, it all goes deeper still.

Utilizing my knowledge of random Canadian trivia, I recalled that a town in Alberta (Nelson’s home province, of course), St. Paul, is home to the world’s first officially designated UFO landing pad that was opened in 1967. If you may recall Washington lore, a note addressed to Olympia denoted the Polysol Federation, the alien civilization of vanilla lore, to have been discovered in 7/8/1947, exactly 20 years prior. (Fun fact - it was also the same date of the Roswell UFO crash IRL.)

Does this mean that the Canadian government is in on the Polysol? Did they arrange some sort of diplomatic contact with the alien race? Was it all just wishful thinking, advance planning? Or more significantly, is Nelson himself in contact with the Polysol Federation? This really raises more questions than answers, but there are easter eggs in the game that are known (and officially confirmed!) to be unsolved, such as the washed-up capsule in PEI.

What do you think? Any opinions, or additional research/information to add of your own? Did I miss something? Have I gone manic in my time away from the SDG Forums? Let me know!

UPDATE: Armaros was quick to recall a little detail I missed

@GreatHeroJ Even more concerning however, is the fact that when you do a google maps search for ‘7 Scorpion Road, Everett Washington’ , it goes right to this facility. Don’t believe me? Try it for yourself. All I can say is that this isn’t a coincidence and that Nelson is planning something greater, something that’s been going over all of our heads this whole time.

I agree with danaby2, the creator of Bunker Arena

Why did you write a paragraph about this? it’s not an Easter Egg, Nelson just took inspiration from real life.

the best part of waking up is folgers in your cup

this is it gamers

You voted me to die, and I’m still pretty sensible…

Why did you write a paragraph about this? it’s not an Easter Egg, Nelson just took inspiration from real life.

I personally find it exciting since it would appear nobody I’ve seen has discovered this particular correlation yet. At the end of the day though, we all just did this for fun.

Going to eventually verify this with Nelson to see if this was intentional.

@GreatHeroJ Even more concerning however, is the fact that when you do a google maps search for ‘7 Scorpion Road, Everett Washington’, it goes right to this facility. Don’t believe me? Try it for yourself. All I can say is that this isn’t a coincidence and that Nelson is planning something greater, something that’s been going over all of our heads this whole time.

You’re supposed to be in college. Stop this shit and graduate quickly so you can get back to making survival suggestions.

No worries, I still have 6-8 years of study to go.

also, did you just say college instead of university, you unevolved amoeba?

Okay gamers now this is epic.

You also missed an important detail:

the real depiction of the Boeing facility is the airstrip near the farm south of Everett, with the warehouse.

If that were the case, it’d be a much more significant facility and not literally just a farm airstrip. At the very least we might see a single proper hangar.

In fact, initially, the airstrip wasn’t even there, and was only added later on right before the implementation of planes.

No it wouldn’t. Everett in real life is a large city, in Unturned it’s only like 5 buildings. Everything’s real tiny in Unturned, a tiny representation of what it’s supposed to represent in real life. Which I fucking hate.