I want to revive a topic which is quite controversial. I want to see what people think about the option of having third person and first person, and give my thoughts on it. 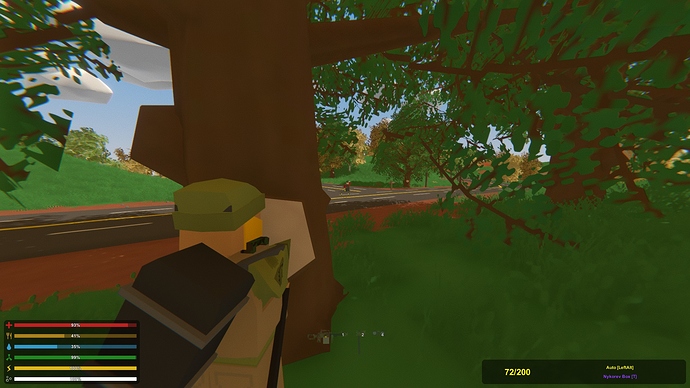 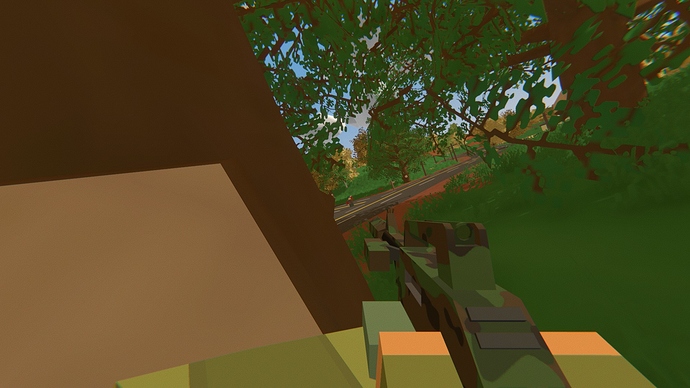 Now i am personally very against the option of having third person and reasons for this are:

What do i think could be done?

Just a small correction, it was a requested feature at that time, where those who requested it are those kind of people who don’t explain why they want it other than ‘Cool’ or ‘Nice’, although it was highly criticised by vocal people. The dev was pleasing the masses during that time, so stuff like tanks and sentries along with 3rd person get added.

Yea, i was going to throw in the joke that the people who actually was satisfied with this shit, is the kids who scream that they want tanks/grenadelaunchers etc in unturned update posts

Idea: When aiming down sights you would get instantly to first person.

I mean yea that could work, but you would still be running around in third person 90% of the time, just because it will give you the little extra surroundig awareness and corner exploit

Well, removing TP is not a good idea and Nelson knows that.(He can feel the Salty h8 from miles away)
Playing in a server that have it disabled as a server option still the solution for someone that don’t like it .
Maybe a bunch of the official servers will be more hardcore like.

Maybe it can be made TP in a way that it’s always as close as possible from the character and it moves away or closer always according to your FOV (maybe alike in Resident Evil 4); if you get too close to a wall or any object in general, camera should zoom in towards the object/wall/corner making you unable to exploit any “blind scanning”, like in the screenshots above. In this way, third person won’t be OP and leaning from corner would have actual use.

I agree from top to bottom, it ruins any sort of immersive survival experience, that is also slightly against the new U II state of developing (true realistic survival).
Do not add this thing again, haters can go play pubg. They will still claim how bored they are after a few games anyway.
#Getalife

This dont solve the problem!

I believe I have found a perfect compromise.

In 3.0, people want third person mostly just for the sake of looking around, so by removing crosshairs, you make it annoyingly hard for people to shoot accurately using third person, since the crosshairs are what people rely on to do so.

It doesn’t entirely fix the issue of corner peeking, but it does eliminate third person shooting massively. As an added bonus, a lot of servers that are into immersion support the removal of crosshairs.

I play csgo normaly without crosshair, This dont solve anything and when i was younger i placed a durex in the center of my screen to play rust without use sight of weapon (and it worked!!)

most people arent used to not having a crosshair, and are too lazy to do something to give them one.

There was this post someone made, where if you can see it in 1st, you can see it in 3rd, but 3rd adds no additional vision, please link, it was cool and actually balanced (With no exploits!) Even some of the screen might be blacked out

So they are the same? If so why not remove it, it is the same

I would like 3rd person as an option. I like looking at my character when I am walking/driving long distances.

I never thought of third person as a good idea. And there’s not any good solution to it. Disabling crosshair would not solve anything, the problem is that you can see things you shouldn’t, like people behind a wall. I think there should be no third person option.

3rd person needs to go away FOR GOOD.
I mean,it’s just so broken and unrealistic,that it is just tiring for the mature Unturned community.
Also:

Third person was one of the big steps towards todays unturned community.

ABSOLUTELY AGREED.
Tired of seeing those “Hardcore” PVP’ers bunnyhopping and using 3rd person all the time.

I might sound a llitle angry in this post,and I am sorry for that.But we all have to admit that enough is enough.