While messing around in the shooting range with the Eaglefire, I started to shoot the moving targets and it felt like I was using an airsoft gun because how much I would have to lead my shot. Idk if its because I been playing games like R6 and Insurgency but the bullets in this game feels slow. Does anyone else think they are a little slow?

In Siege and Insurgency bullets are completely hitscan, so they instantly hit their target.

The projectile velocity and bullet drop in UII is substantially improved compared to U3, but something to note is that the bullet tracers in UII currently are extremely long, which may contribute to perceiving the bullets are slower than they actually are.

As for horizontal leading, I’ve personally found it to be on par with that of other realistic shooters that employ full-fledged ballistics rather than hitscan (e.g. Escape From Tarkov, Insurgency Sandstorm, etc).

the bullet tracers in UII currently are extremely long, which may contribute to perceiving the bullets are slower than they actually are.

I completely agree with this statement. Good thing these are only placeholder for the moment and will be addressed in the future.

How far away from the targets were you?

In the past it seemed like there was a need to greatly lead targets for me but I’m getting it with minimal leading necessary in my testing. When we get more guns in the future I’ll probably check bullet velocities at that point unless Nelson reveals what they are or we can have a clear way of viewing them some other way.

In Siege and Insurgency bullets are completely hitscan , so they instantly hit their target .

For Siege, it’s correct, but Insurgency’s bullets are hitscan for 10 or 20m to keep CQC consistent, everything over that range has physics. Unless you’re talking about the Insurgency 2014, in which case it is hitscan. I just assume that you mean Insurgency: Sandstorm.

In my experience, the projectile speed is fine with other milsims I’ve played.

I think the uber long tracers are partly responsible for projectiles feeling a tad slow. I can actually attest to bullet velocity in real life, as if the sun is just the right angle, you can watch your bullets go down range.

Unless you’re talking about the Insurgency 2014, in which case it is hitscan. I just assume that you mean Insurgency: Sandstorm.

I mention both Insurgency and Insurgency: Sandstorm specifically in my reply. You are however correct about Insurgency Sandstorm’s CQC hitscan.

In Siege and Insurgency bullets are completely hitscan , so they instantly hit their target .

Right, my bad then.

I made a post about this a while ago, about how I felt like I was over compensating for shots on targets moving left to right. Maybe when he fixes the bullet tracers it will feel more natural. But for sure I defiantly felt like I am leading my bullets into the player rather than pointing and shooting. Regardless of other titles being hitscan or not, it felt weird.

But I am still happy overall with the change to the ballistics. 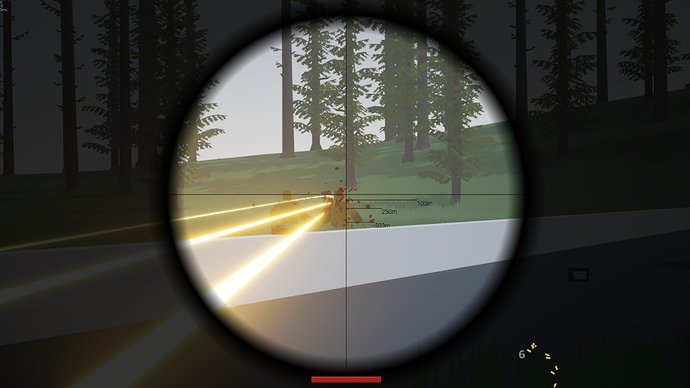 This picture pretty much sums up the issue, and when bullet tracers are decreased, I bet it will feel more natural. I was strafing right at walking speed here and the bullets you can see where still to the left of where I fired a moment ago.

So I went back in to test the guns again after I made this and took some more screen shots of shots being led. 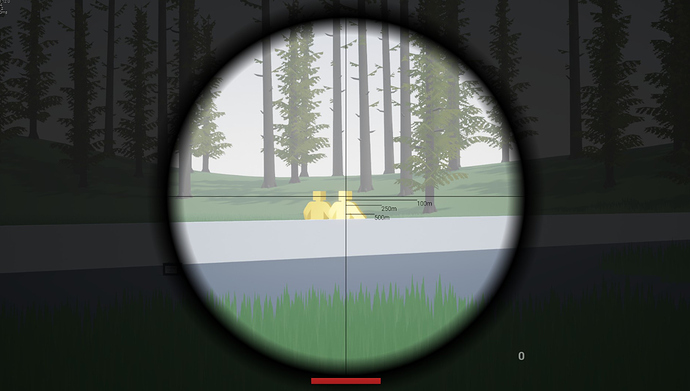 image1440×816 205 KB
MISS: This shot right here misses the target (target is moving to the right). I think this what people mean when they say the bullets feel slow. Cause regardless of the game and its ballistics most people would expect to hit the target at this range and at the speed the target is moving. The crosshair it set in the center of the targets head but misses. 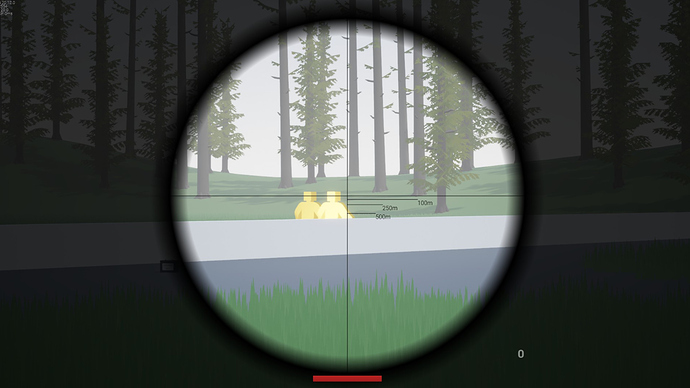 image1456×820 207 KB
HIT: This target right here is the one that hits. It does feel like at this range and with the speed of the target this would miss but he walks right into it. Almost like a delay between firing and the bullet leaving the barrel, so maybe its not the speed of the bullet but how fast it reacts.

I am all for a system that rewards skill and leading shots at far range or hitting nasty headshots as fast speeds, but I think when people bring this concern up its what is displayed in the pictures above. And it is more about moving targets.

I think people where not the biggest fans of 3.0’s bullet system because they often feel handicapped at the range and how much drop things like snipers had and it felt unnatural at times. U2’s range feels great and more natural but I do see why someone would concerned with the speed of the bullets when trying to hit targets moving left to right, not wanting a problem similar to 3.0.

The more I played around with it, seemed like it had nothing to do with the long bullet tracers or bullet velocity but more the time it took for bullets to leave the barrel after I clicked to fire.

As a point of reference, the sniper rifle currently has a bullet speed of 500 meters per second. That value ought to be adjusted though, and my intention is to make the speed a per-bullet attribute. i.e. maybe you can craft a bullet with higher speed at the cost of lower armor penetration.

Good points about the tracers being wayyy too long right now. Shortening them should make it easier to tell where the bullet is.

higher speed at the cost of lower armor penetration.

Note:
Lightweight ammo comes with downsides of their own.
A 35gr 5.56 might be going at crackhead speed, but it’s sustain is utter ass.

Same for the other way around. But hey, if you want to murder people with varmint loads I can’t stop you.