Use for the Slender man model

I was thinking when seeing the new model that the slender model could be used as the model of some kind of zombie would be a good use since the model is pretty scary think when you kill one of these for the first time could appear an achievement like ’ ‘the slender man’.

I know this isn’t 100% relevant, but this got me thinking.
Given the fact that extensively starved people look like skeletons, why doesn’t every zombie look skinny in the first place?
How are they even alive? What sustains them? Why aren’t there any biological side-effects besides the fact they’re zombies that hinders them in any way?
Do they drink, eat, or sleep at all?
Is the infection a virus? Is it possession? Is it simply dying?
I’m not quite sure, but I think I recall it just being death. Which brings me back to the first question of biological side-effects.
So if it is death, why don’t they rot? Etc.
Yes, I know, it’s just a game. But I like over-thinking things, and enjoy the smaller details much more than the bigger ones.

For the sake of relevancy, given the possibility of flesh-eating bacteria being in a zombie, I’d say I’m perfectly fine with this addition.
Just paint it red and give it lots of bone sticking out, perfect.

But this being such a miniscule detail in a game which isn’t exactly known for small details, I don’t think this would be a welcome addition.
Even for the sake of reusing a potentially useful asset, the nature of this suggestion just doesn’t fit.

mod it into minecraft as enderman

In the current game, the way Nelson coded it makes it impossible to do something like this. Even if it isn’t included in II, it will likely be able to be modded in 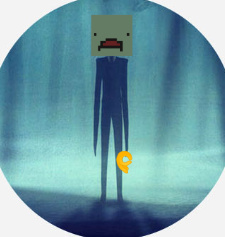 judging by the notes/lore it’s an infection that spreads through the air or via blood (from infected people biting each other) and it makes people bloodthirsty/cannibalistic, and alters their apperarance (palid skin) so yeah, it’s just a virus

How is it impossible to re-use assets?

Also, do you code the game with Nelson?

yes he does, he’s a top game dev from north china

How is it impossible to re-use assets?

No i don’t code with Nelson, I know for a fact this is how it works because he has stated on multiple occasions that the reason he is doing 4.0 is because of the limitations caused by the way he coded 3.0

I know for a fact that he was talking about 3.0 because you can’t re-use assets from a game already missing said assets

also he also said he’s ditching 3.0 and gonna relase II as a seperate game with everything new and stuff

also stop calling it 4.0 be cause it’s not

u naild it dude lol

In the current game, the way Nelson coded it makes it impossible to do something like this. Even if it isn’t included in II, it will likely be able to be modded in

He’s never actually said this. The plan has always been for U3 to receive updates in some form (community or official) for sometime time, even after U4’s release.

I just realised something

yes, it is the fourth iteration of the game, thus being 4.0. Deal with it.

he literally switched from 4.0 to II