Me and my friend were debating if using compound objects is gay or not. I said no but he say yes.

Making compound objects is a really bad idea from a time, design and optimization standpoint.
Learn Blender you bum

Now I’m definitely not one to call people gay, but compound objects are SUUUPER gay

Frick. I succ at blendero.

Why didn’t you add a meh option?

Then you can’t figure out how to get the object to show up.

I did it without AND tutorials. I made a light

.
Then it wouldn’t show up in the map editor T-T

Why didn’t you add a meh option?

There is the “meh” opition.

All of the tutorials I could find is rather… not for someone that’s new to it. Same goes with blender. (Altho I knew at LEAST some basics.) Nelson’s guide is not that good to learn (altho not completely bad) and modworks’s guide is questionablely not for me. (But covered the most as far as I’ve look up)

I wish there are a good-to-understand tutorials out there. (No offense.)

Lies. There is no meh option without insulting someone.

Welcome to telltales game, where’s one of your option will result in one’s death.

(It’s ok, me and my friend won’t get butthurt

Plus I like both so ye. And the map editor is awesome. So there is NO place for me here

You’re a regular, you shouldn’t be necroposting 11 month old posts with a meme.

when you put two object together to make a bigger object

Kerf didn’t give that good of a explanation, Compound is the act of taking existing objects (pallets, books & beams are a common choice) and scaling them and mashing them together to form a “Custom Object”. They often have LOD issues, look bad, and have a ton of unnecessary faces. Pretty much everyone who mods see it as a terrible practice. Imo it’s easier to make Custom Assets than to do compound.

Oh. I get what you mean then. Makeshift objects made with existent ones. Its cool, clever, and creative sometimes, but like you said, ew.

It is “Creative” for sure, sometimes compound is acceptible in certain instances. 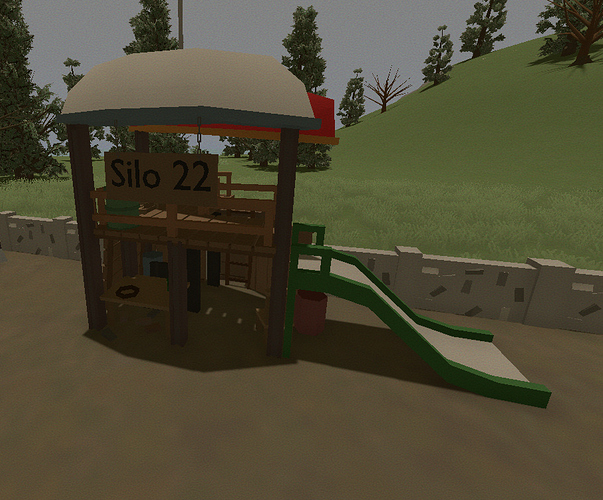 image908×752 273 KB
(Found this on a public discord, not mine)
This, for example, is acceptable, It doesn’t have too many unnecessary faces, and it makes sense. This is something some kids threw together, of course, it’s going to look like it’s made of compound.

Also, I wouldn’t describe compound as ether “Clever” or “Cool”.