This is another attempt to get bug report beret.
I dunno how much glitches and that stuff i have to find to actually get it.
But anyways 2 skins that arent in the game/ one of them is like 2 yrs old. 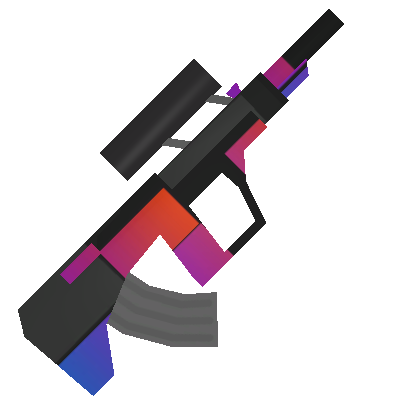 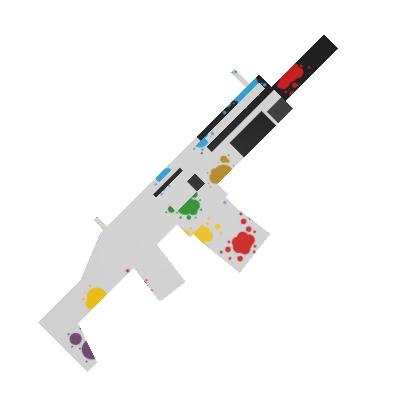 The first one is a scrapped skin, the second is just a visual bug.

In order to get the Debuggers beret you need to find a major exploitative bug that can severely damage player’s experience.

Visual bugs like these don’t count, if that was the case practically everyone would have the beret.

It’s not a glitch if a skin isn’t chosen to be added to the game in the end, to start.

Furthermore, the Paintbucket Heartbreaker is actually in the game (with the correct pattern). As for the Nightfall Augewehr, it’s possible that it was intended to be released in place of the Lavaflow Augewehr, but was cut due to how it looked aesthetically.

There are multiple versions of the same pattern because of different gun model designs. Not every skin can work properly with a 512x512 or 1024x1024 pattern. The image you uploaded was using the Hell’s Fury custom pattern. In-game, it has always used the Heartbreaker’s pattern. Canned Beans uses a generic 512x512 pattern.

i just spam every glitch visual or not.

In that case, compile them into one post. In your words, it is going to end up being spam.

This is another attempt to get bug report beret.

i know… i have character like that. im just ironic im saying it to make fun of ouf myself.

Seems more like you’re attempting to cover your ass after being obnoxious.