What do you think of the new player model

In my opinion I like the slim Jim player model I think it looks better and fits with 4.0

i was not a fan of slenderdude but the current one is maybe too thicc, devlog 1 player model looked good

You could have just given this feedback under the devlog thread tbh.

I like the new one way better than slender boi but there’s a certain charm to the first ever one too. Let’s not forget about the man of the hour, Rev #4 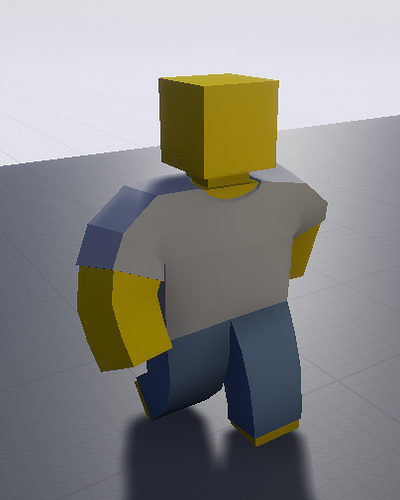 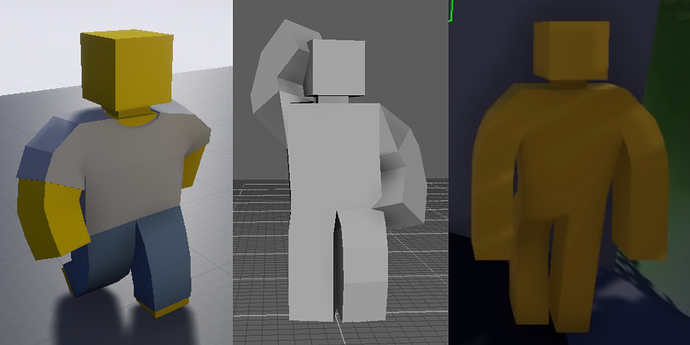 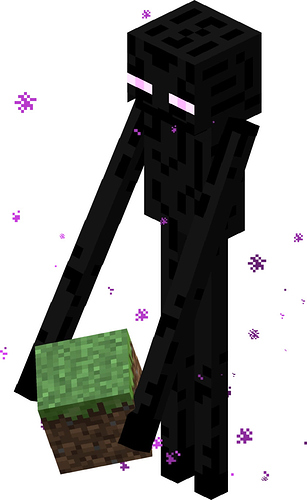 Yeah that boi looks good tho

Didn’t even think to check to see how well clothing was meshing to the new body proportions, but yeah, they still seem to be 3D models (while the sleeves look flat, the torso definitely has the shirt sticking out farther as evidenced by the collar). It’s hard to tell what’s going on with the pants, but the belt loops and pockets are still 3D and meshed to the body (even though the rest of it looks flat, as it’s covering the feet in this). 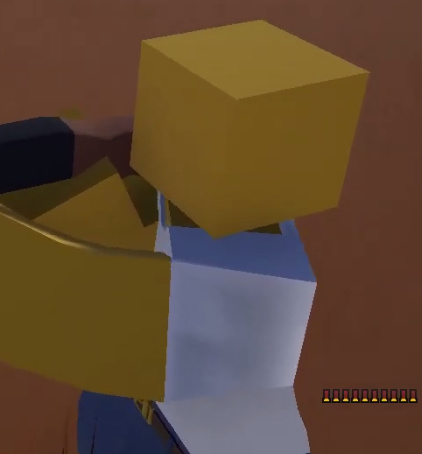 It’s possible that the clothing hasn’t been properly re-envisioned for the latest character model yet. So, I pulled up Devlog 18 to see if it’s possible that it’s just a change in style for the current rig.

Gloves and shirts looked very thing in D18, so I’m thinking it’s not meant to appear flat, it just is in this Devlog. I’m not sure if the pants covering the feet is a stylistic choice or not, but I prefer having the feet visible if there’s no shoes equipped.

People need to make up their minds already

we did tho, most of us want a middle ground between the iron golem model and the enderman model

The D19 model is pretty much middle-ground though, and while some of the feedback on it is fair, a lot of it isn’t actually true (arms blocking majority of screen, legs not having a gap, model being the same as U3’s, etc.).

The D1 model is closer to the U3 model than the D19 model is, imo, and there’s people saying they prefer the D1 model because D19 looks too thick, which makes me think they haven’t actually gotten a good look at the models.

I’d be fine with the arms and legs being a bit thinner, but there’s definitely people who are unreasonably complaining (to the point of falseness). There’s also people who just prefer Slenderman, or Thickest-man, in general.

I’d say the new model should have a download posted like the previous rig did, but most people don’t have Maya to view it and most people probably wouldn’t look at it to begin with. A fair amount of people just watch other people’s videos on devlogs, which I wouldn’t recommend.

There isn’t really a middle ground.

The ‘tall’ model was used because it is compensated by clothing with the extra thickness.

Maybe it’s all because like what the above said, people didn’t compare and/or made quick assumptions.

I’d like the D19 model to be slightly thinner, it looks like it just merely crossed the line into bulky, like a ROBLOX character.
This is all subjective. Since you asked how I thought, I delivered.

I prefer the THICC player model

What if there was an option to choose your player model?

What if there was an option to choose your player model?

Then most of them would have animation issues. The character model impacts far more than just what the player visually looks like when idling.

By having three distinctly different models in terms of proportions, there’s going to be some weird animations on the less-supported models, if Nelson is just reusing animations (raw) for each model.

For example, the D18 model had long arms because it made a lot of IK animations with its arms feel natural, such as entering vehicles. iirc this made just “shortening the arms” not a viable option. I think that’d be especially true if we had the D1/D4 model, which have shorter, thicker arms.