What would you say?

What would you say if some one was asking what is special,different or unique about unturned 2 lest assume the game is in a state were any body can get it. i m curious because there is so much survival zombie genres that always comes out literally every year and they always can put or tries to put something new in their game that makes it a little different even if its just a graphic change or new types of enemies. feel free to comment down below.

I’ll just list what I think separates it from other games in the genre.

There are lots more, but this is what instantly came to my head.

We’re not even sure about that. Also, with what Nelson is hinting at, even if they are mutated, they still are zombies. 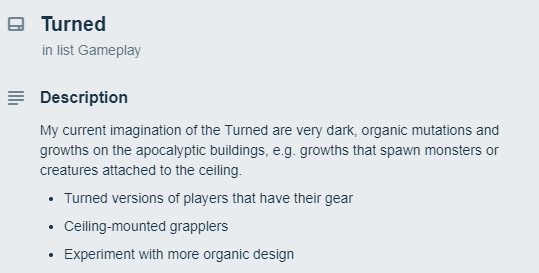 Maybe, but we will have to see.

I do sorta like the old zombie look, but I still have high hopes for these new zombies / turned.

I REALLY hope he will keep the old zombie face style

As I said, we shall see where he goes with the Turned.

I REALLY hope he will keep the old zombie face style

I’d assume that normal “zombies” would, but ofc it’d likely still redone to match the player’s face, which was last seen using vector graphics and not pixel art.

I mean, anyone can define words however they like, but isn’t a zombie a reanimated corpse, which typically feeds on human flesh?

Personally, I feel like the reanimation part is more crucial than the disease spreading among humans.

Regardless, “Turned versions of players” are practically zombies in nature, regardless of what the other Turned are like.

I was gonna write a super long reply to that, but after I saw the end of what you said, I trashed the finished post. So…

What would you say if some one was asking what is special,different or unique about unturned 2