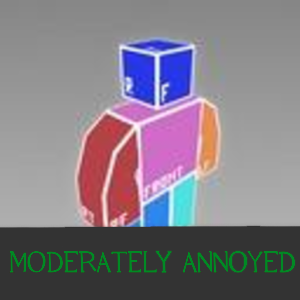 To clarify: this is a formatted version of OP’s post.

Add a basic worktable, which would be used to craft some items that cannot be crafted otherwise by hand.
It is crafted from five metal sheets and ten metal bars.

Compatible tools include: the blowtorch, toolbox, lathe, and computer.

Add magical and elemental weapon “enchantments” that can be smeared on arrows and cold weapons.

Zombie gallbladders can be smeared on arrows and cold weapons. Doing this will cause the next attack to reduce the target’s immunity by 50%.

Acid zombie gastric juice can be obtained from acid zombies via a container, and is used to create acid grenades and acid arrows.

Normal arrows can be scavenged from locations on the map, or crafted.

Electric shock arrows are crafted from a vehicle battery, can, and standard arrow. They can shoot incredibly far, glow in the dark, cannot be recovered, are less impacted by ballistics, and fire a projectile similar to a Lightningstrike Zombie Boss.

Phantom arrows are crafted via combining a berry with a wooden stick. They are best used for hunting animals (mostly birds), but if players are hit by one (and they don’t have the highest level of the most relevant immunity skill) then they will hallucinate. When NPC animals are hit, they will stop moving. Zombies and players will take a small amount of damage if struck by phantom arrows. It cannot be recovered, because it just magically breaks after being shot.

Burning arrows are crafted from cloth and an arrow. It deals 20% more damage than a basic arrow, and will always cause the target to bleed. The arrow glows slightly, and cannot be recovered after being shot. The reason it causes bleeding is because Unturned 3 doesn’t have a suitable burning debuff, although a proper burning debuff effect would be best.

Add magical and elemental weapon attachments that players can craft. All weapons can attach at least one of them, with epic and legendary rarity weapons accepting two. After attaching one, the weapon gains a ray of light of varying intensities and color based on the attachment.

The toxic attachment is crafted from a zombie gallbladder and a vaccine. This is more efficient than just smearing the gallbladder on a cold weapon, as it can be reused. It reduces a struck player’s immunity by 50%. The weapon gains a green ray of light from this.

The flame attachment is made from combining gas cans, raw explosives, and vaccines. It’s an extremely powerful attachment, causing the attacks of any weapon using to create an explosion similar to a burner zombie dying. It can inflict self-damage, and if used on zombies it will turn them into a burner zombie. It creates a red light on the weapon.

The electric attachment is created by combining vehicle batteries with vaccines. Every successful attack will cause the target to bleed, but the effect is only effective against players. It creates an incredibly obvious white light on the weapon.

The noise attachment is crafted from combining a radio with a vaccine. When attacking with your weapon, it will sound like automatic gunfire. It attracts nearby zombies, and can be heard by nearby players (either attracting them or scaring them). It adds a yellow light to the weapon.

I really dislike most of your suggestions.

Many people have suggested this, but sure.

Place more tools on worktable,unlock more blueprint by it.

Weird suggestion, but I guess the alternatives are either crafting a new worktable altogether for each tier of blueprints, or just having specialized tables.

Personally, I think just having specialized tables would make more sense, and then portable tools could still exist for recipes too.

Kinda weird that it includes all of that to be honest. I’d prefer if I could have some of those as an actually functional item in-game rather than just worktable fodder.

Why does it only spawn at military factories?

I don’t understand what the computer does, or why it needs a lathe. Is it just allowing for more precision than what would be humanly possible?

Very weird and specific. That’s also incredibly overwhelming and most players would die to one shot given enough time on the right map.

This name is bad.

use berry+wooden stick to craft.Fit bird/animal hunting，if be hitten player didn’t have highest immune skill it will sink in hallucination.

Can’t be recovery cause it burned.Ps：Why bleeding？Cause non suitable burning buff in game，if it has that’s better.）

A reminder that this is the #unturned-4 category. Also that fire is planned in #unturned-4.

No. All of these magical attachments make zero sense in Unturned and were incredibly weird. Especially the noise attachment.

Are you even in the right forum thread right now

He’s talking about the font under your meme

I think the lathe with a computer is supposed to be a CNC machine.

Maybe the noise maker would make sense as an attachment for BB guns instead of melee weapons?

Yeah, but how is that relevant to anything?

I have no idea but whatever, he’s probably new so he probably doesn’t know the rules. Let it pass this time.

I should not be posting whatever pops into my head sorry