I’ve noticed that the Northern Lights have been added into the game, and I really like that! (May be a bit of bias because I suggested it on the Reddit around a month ago), but I have a few suggestions to improve it. See, the Northern Lights as of now seem to look like a physical entity, rather than a perspective based event, now while that is okay, it doesn’t look too good, the lights should be a lot more fuzzy and wavy, now another thing that should be improved upon is the colours, now correct me if I am wrong but currently they just cycle through three colours without mixing them into a colourful aura. Then the last thing I would like to mention is that they seem really horizontal based, maybe a mix of both to make it more vibrant and versatile?

Take this image for an example, this was supposedly taken in Yukon in real life, and you can see that they actually have a bit of a gradient, they are also a bit smudgy and quite wavy. and not only are they moving horizontally, but they are heading vertically too. 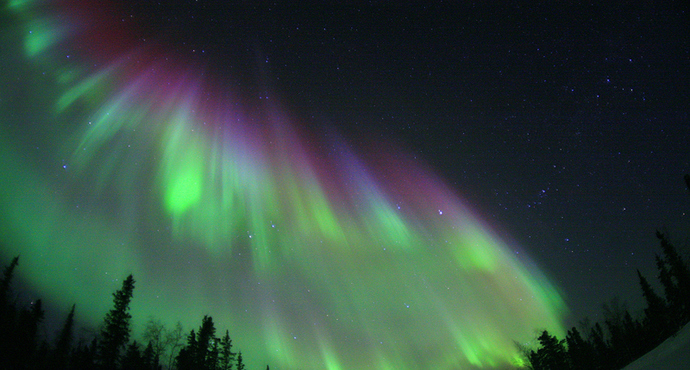 Here’s a quick guide on how altitude affects the colors of the Northern Lights, and could be used to make it prettier and more realistic. Also make it go beyond the map borders. A random perfect 4x4Km^2 square of Aurora Borealis is kinda odd.