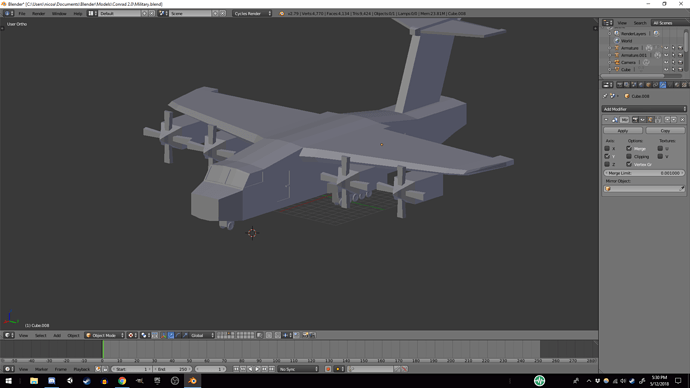 I can’t decide whether this should go in #workshop or #unturned-4.

It’s moddeling, so most likely #workshop

It was originally for conrad a game, but it seemed like a 4.0 style plane.

Got some issues with proportions.

It would go in Unturned 4 because it is how you think planes would look like in that version, not in the present version.

It actually belongs in #workshop or #gamedev, for the following reasons:

this is how I think planes in 4.0 should at least look

So we are left with the question of whether the main purpose was to show original content, or to suggest something about 4.X.

This was primarily for the purpose of original content.

He recently posted it in the Modject saying, basically, “hey guys, I made this nice looking plane”

But that’s not what he said here.

That may be true, but again, I’m pretty much 100% sure on what his actual intentions were. He made it pretty clear, plus this model originally wasn’t even made for Unturned to begin with, but either way it’s minor enough that if it was a problem he could just recategorize it.

As it stands though the point was clearly to show off the model. Otherwise the title would also be changed to reflect this, something along the lines of “a 4.0 military plane should look like this” or “my take on a 4.0 plane”

Yeah. I made it for conrad, but then I realized this is how 4.0 airplanes could look.