I’ve found a few bugs while playing the new horde mode on Chapel.

I think these are mostly unknown, haven’t seen anyone post about them yet.

First up is a little spot on Chapel which you can stand in the Chapel tower to be unreachable by the zombies, a little clip brush would fix this bug right up! 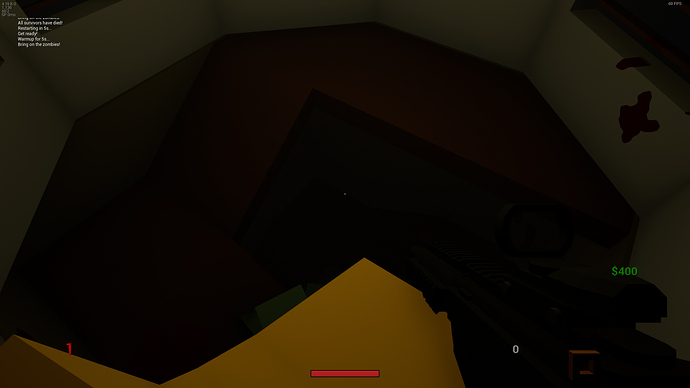 Second up is a major issue with Zombie over-crowding near their spawn windows. In later rounds this becomes a major issue. Particularly if you play in the dark basement, where the closest windows are the square ones. Example below, although it happens every round in later rounds.

Third, Zombie pathing is a bit off. Its hard to see in the dark. But at around 54 seconds in this video you can see the zombie taking the longer route. This was a consistent issue in this location. Is it the building or the pathing?

Lastly there are two issues which are smaller but I think are also worth addressing.

There of course is the bug of being able to equip 400 shirts and pants.