EDIT
After taking like a whole 5 minutes to scroll through the support section I now feel like an absolute bafoon for even posting this, for as I predicted, everything here has an answer that I’ve figured out myself and shocker, its because the game isn’t done. So really you can disregard almost everything here, probably

I noticed a couple of things regarding animation. I know that the animations for the pistol are not done but if not already a recognized issue When you lay down with the pistol or flashlight your arm gets funky and stretches out in a weird way (to see it be in third person or inventory).

I also for a while now have noticed that when steering with the AR that you go full telekinesis and don’t use your hands to steer. In addition to this driving with a gun in your hand, in general, can get kind of funky as far as animations go. Also, you can interact with objects while reloading. These things are likely already realized and this game obviously isn’t some kind of polished masterpiece currently but I thought I’d point it out just in case 100 other people haven’t before me.

Not sure if this a feature or not but when you equip normal and ghillie clothes it just kind of glitches through each-other weirdly.

NOT A BUG but the other day I thought I had found a bug after running around a bandit for a few seconds it stopped firing and continued to follow me. So I assumed I somehow broke the AI but then I realized that I could have used any semblance of brainpower after killing it and looking at the gun to come to the obvious conclusion that they run out of ammo and currently don’t have a way to reload.

Also, I just found this. If you have the pistol equipped in your right hand and then put the AR in your left, this happens 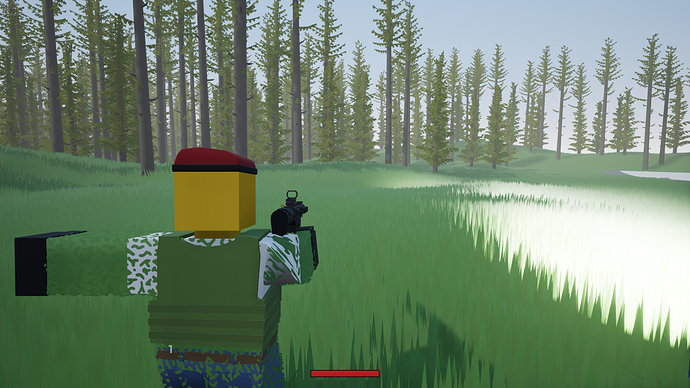 Also, this is the laying down with the pistol issue 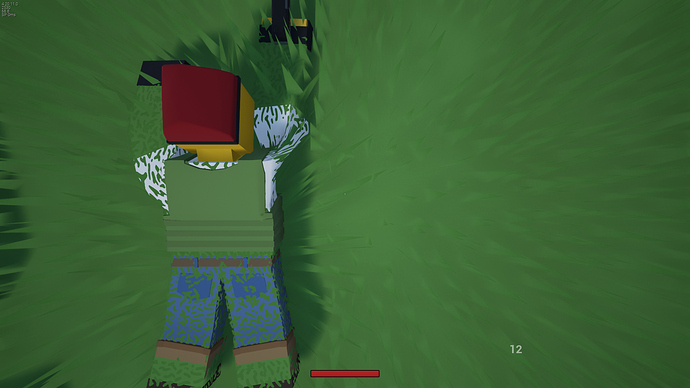 This is the having item equipped and using handbrake bug 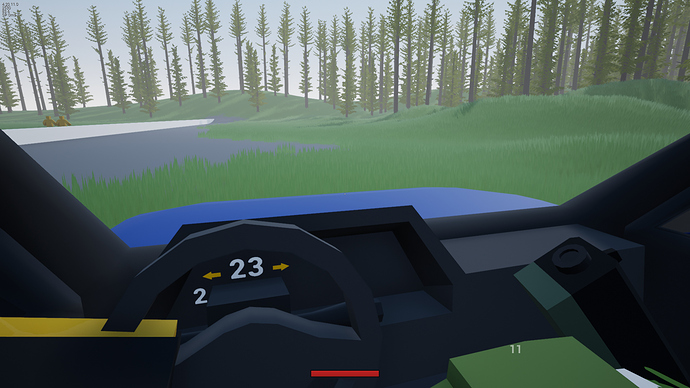 My man’s boutta commit suicide
He’s had enough of 4.0 development

I’d say the ghillie suit could partly be considered a bug since your character appears almost entirely covered in green when you are not wearing clothes. Although, if the ghillie suit implementation is more like 3.0, then you won’t be able to wear it along with normal clothing in the future. Currently there isn’t anything preventing you from stacking multiple types of clothing which would be the most likely cause of that issue.