A small theory about us Veterans, and why we leave Unturned 3.0 community :)

My Theory (if you can call it that): or slight truth at least for me
If you haven’t noticed, the veterans of the Unturned 3.0 community have been leaving. I think their has been a bit of confusion on why, and I have a “theory” per-say. A lot of the veterans have been playing the game for years, and are simply burned from Unturned. After 2400 hours or maybe less, the game can be quite repetitive. Not saying the game isn’t good its just that we have explored practically every avenue in the game. We don’t entirely hate the game or else we wouldn’t be playing it for years. It’s just that their isn’t good content either on the workshop, or new content in the game in general (this includes community maps.). The community maps, although partially unique are very simillar in a lot of aspects. Sir Addy represents this extremely well with his Carpat Map Review: https://www.youtube.com/watch?v=85Gup9qhqJo
It has gotten stale, and Unturned II is still unplayable for a long period of time (unless you want to chop some trees like this lad xD: I did it lads (TREES BE GONE)). As much as it seems like we severely dislike the game, I doubt many of us do.

Side Note:
I include me in this group because I got Unturned in 2015, and have played as of writing this for 2567 hours. I have really enjoyed the game, and have done approxametly everything (execpt RP. Its definitely not for me). I also consider I am a veteran because I got all 46 achievements done.

Sider Note:
A lot of Unturned content creators are trapped, because their subscribers specifically come for Unturned, except for a few who come for the personality. I used to do Unturned Map Editor Speed builds then I sliced my channel, and now I do other stuff. I lost all of my Unturned views which were 90% of my viewers. If they do it as a job it hurts their lively hood greatly, so they half to play Unturned even though they may not want to.

Honestly when I reached 2400 hours, I almost left Unturned for good. I only waited because Unturned II was the promise land, and I went dark for many moons. When I discovered this fourm, I decided to be a lurker for a long time, and its really the only reason why I still watch Unturned II as closely as I do.

Also Hot Take:
Another reason why Vetrans are leaving is because a lot of new maps are kinda Sh**. People don’t put a large amount of quality into building the maps as they did. I worked on a map called Winter (its still on the workshop but its unfinished). It would have done significantly better if it finished, and would have been of high quality, eventhough it shouldn’t have been. Even now, the few finished locations are better than most towns and cities.
Also Hot Take:
Devkit is best especially if you learn how to use it.

After 2400 hours or maybe less, the game can be quite repetitive.

Well yes but actually no. You see, Unturned can be heavily modded, which opens a lot of new gamplay avenues. This is what’s made me stick around for about 4500 hours. Things is, right now, the modding community is practically dead, and the Unturned steam workshop is just a place where russians and server owners go to reupload old mods to put on their servers. There are still a couple of original ones being uploaded, but they don’t even reach the 5% mark. Either way.

Another reason why Vetrans are leaving is because a lot of new maps are kinda Sh**.

Veterans* - and Yes. Yes they bloody are.

EDIT: did not notice that your comment included the word “new”, when referring to maps. Gotta disagree there, as most of the problems I have with the game’s map are rarely present on ones such as Cali or France.

Devkit is best especially if you learn how to use it.

how the fuck is this a “hot take”

all the opinions here (just like with all the recent rant posts) are opinions held by most members of the community. literally nobody cares that you also have these opinions. making rant posts that are quite the opposite of “hot takes” literally adds nothing to anything and benefits nobody.

it just seems like you and a bunch of others just make posts like this to call themselves “veterans” and brag about how many hours they have in the game. 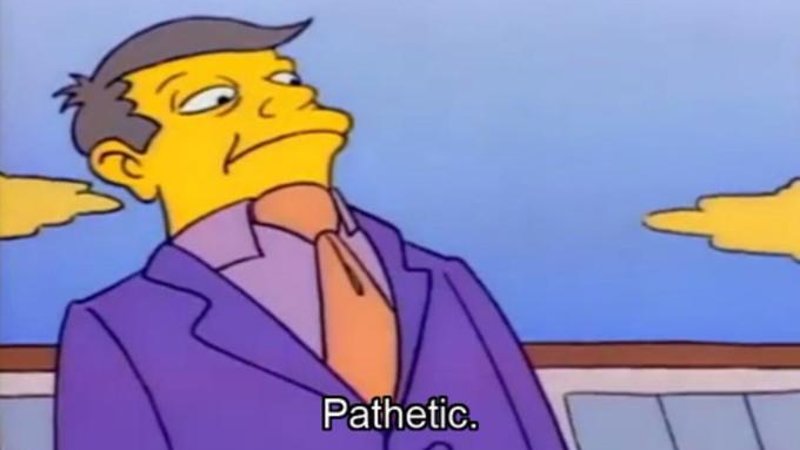 threads like this are just as boring and repetitive as ones made by people begging to have their BattlEye bans revoked.

bruh vets leave because the game gets boring

why write such a large post with a simple explanation

Just because you reached 2.4k hours doesn’t mean your a vet, it just means you have a lot of free time. A vet would be somebody whose been with the game since unturned 2.0 or older, like MLBB or PSJ

a lot of new maps are kinda Sh**

some constructive criticism would be appreciated

My reasons for leaving the game were because I didn’t have a group to play with like I did before. I instead focused on school and working on 3D models when I had time.

I just noticed that Kir’s comment on new maps included the word “new”. Welp, in that case, I’ll have to disagree, since most problems game-play and survival wise are, for the most part, found almost exclusively on the official maps

I quit because Nelson defiled PEI’s boulder colours and made the pirate cave ugly.

3.0 is getting kind of repetitive. I only do Unturned because of friends and to RDM on shitty RP serb.

A lot of the older maps were not built for modern Unturned so I can see your point.

Another reason why Vetrans are leaving is because a lot of new maps are kinda Sh**. People don’t put a large amount of quality into building the maps as they did. I worked on a map called Winter (its still on the workshop but its unfinished). It would have done significantly better if it finished, and would have been of high quality, eventhough it shouldn’t have been. Even now, the few finished locations are better than most towns and cities.

I don’t know if this is meant to talk about workshop maps or curated maps making their way into the game, it’s too loose to make any sense from it to be honest. you talking about your unfinished map and how epic it is for the half of that paragraph doesn’t help either.

Also Hot Take:
Devkit is best especially if you learn how to use it.

not particularly a hot take as it is something everybody who used devkit, or at the very least watched Nelson’s basic introduction’s to it, can agree on. it’s just that lotta people are used to legacy and it’s more convienient to just pick up and work in that even though devkit is miles better with its terrain tools.

i don’t play much because all decent vanilla servers died and now you either have to play on servers with ten million commands including /kit /home and /tpa which ruins the feel of the game, or play on some modded server with laser guns light sabers and nukes, or, most commonly, both. i think most feel the same one way or another. we don’t need 50 “im a vet and this is my opinion” threads when it all boils down to that.

3.0 is getting kind of repetitive. I only do Unturned because of friends and to RDM on shitty RP serb.

My reason for not playing Unturned is actually quite mundane. I simply started playing other games more and more often after getting burnt out due to playing for so long without really taking a breather. Never really cared for the /kits, RP and PvP arguments since I always managed to find decent servers that didn’t have shitty abusive admins or Pay to Win mechanics.

I still love 3.0 and I’d probably be playing it right now but my PC has been dead for a while now and I don’t feel like playing it on my laptop again. There’s a pretty large content drought that’s hard to not notice but seeing as the game is mostly community driven now it’s easy to find good mods still in development and a lot of care still being put into the game, either by Nelson or third party individuals.

Yes I don’t play as often as I used to and I feel slightly guilty of that fact considering I’m a C-Mod and I’ve been around since late 2.0 and for those reasons I should be a bit more invested and active than I currently am, PC fuckery aside. But it’s still far from a dead game and while I’m certainly relatively inactive, I’d never say that I’ve left the 3.0 community. 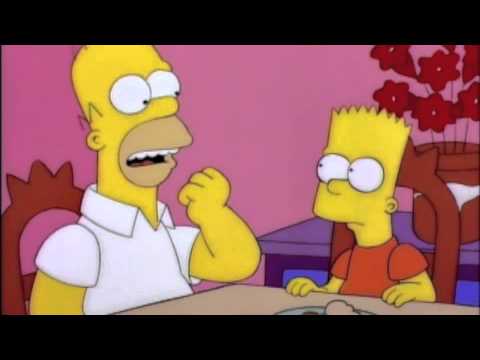 You didn’t have to write a full book about it

This is pretty accurate. This is almost exactly what ZOOM B said. (Minus the hot takes)

although I’m not sure how this is helpful considering. 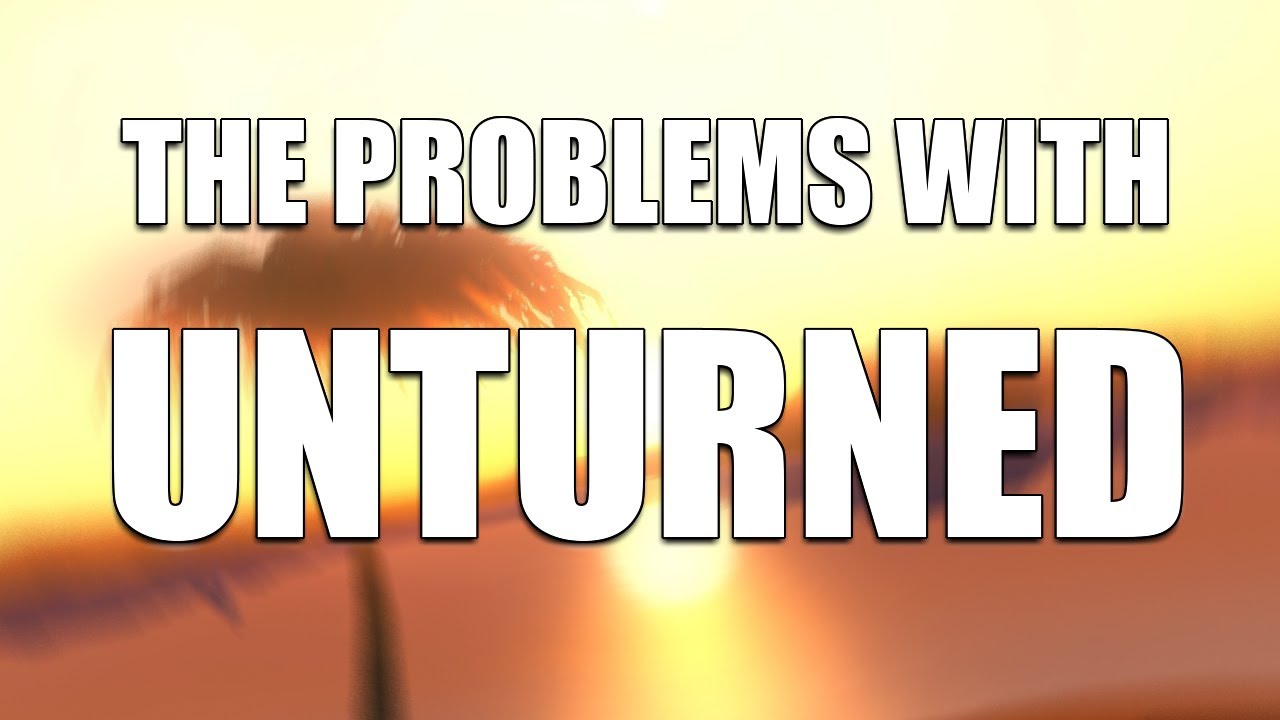 although I’m not sure how this is helpful considering 10 people of already said this.