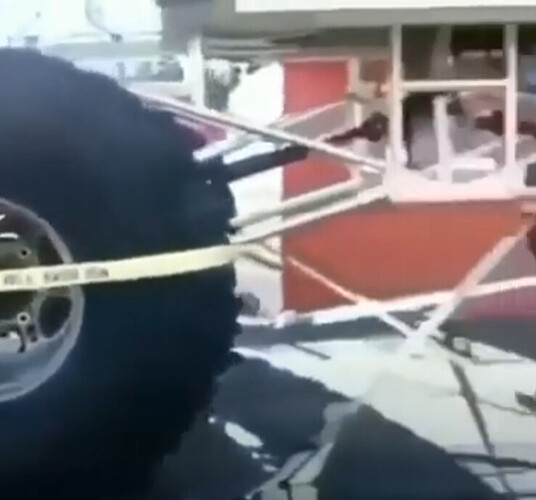 image739×689 64.9 KB
There so happens to be humorous context for this image, a black male (the same one who made a video about wanted a n-bomb sandwich rather than a cuban sandwich) walks up to this car recording a video, the man proceeds to narrate the footage in a humorous voice saying “god motherfuckin’ damn!” You would think he is criticizing the cars racist nature considering the color of his skin and tone of his voice, yet he proceeds to drop the n-bomb, reading off the car, naming it the n-bomb racer, this was quite unexpected considering the serious nature this situation would normally invoke, this causes some to laugh, the man has successfully pulled off shock humor correctly. He then gets into the smaller details pointing out the home depot, or “home dp” as the man calls it, this is strange as it makes it seem like home depot is sponsoring the n-bomb racer. Jokingly, the man goes on about how he would like to buy the n-bomb racer and how cool it is, this is where the video ends. As a final analysis the man pulls off shock humor very early in the clip, making some people wary, then goes on to make it subtle enough that it makes those who figure out he is poking fun at the ridiculous nature of the n-bomb racer, relieving tension and providing a humorous escape from the serious nature of the situation and environment.
3 Likes
system closed May 5, 2021, 2:44pm #2