Bandit NPCs territories around the map

Like in GTA:SA,there should be territories occupied by bandit NPCs,where obviously Bandits will spawn randomly,when a player kill a bandit in it’s territory,more bandits will spawn and a event will start,which could be called Territory Fight,if the player (or group of players) defeat like 3-5 bandit waves the territory will be safe and bandits won’t spawn there,but,occasionally,there’ll be bandit convoys moving to other safe territories.

I mean bandits wouldnt rly be able to get a lot of territory since they will need to worry about having to defend it from zombies , let alone humans and i dont rly know if we will have hostile NPCs in unturned 2 but it would be interesting to see bandits but i dont rly want territory wars 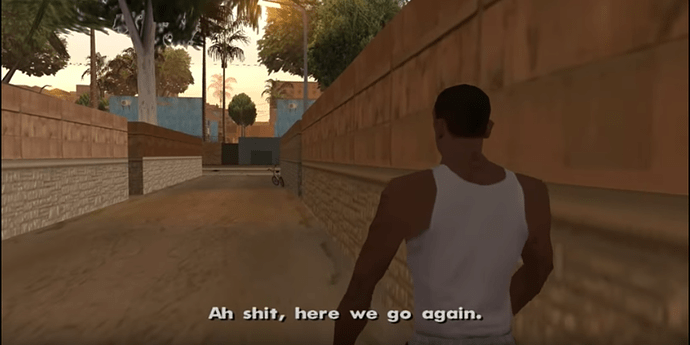 bandit npcs at this point are comfirmed, so dont even get started boi.

Some hostile NPC’s would be good. Maybe just some bandit-type dudes that roam around certain areas, with small arms/shotguns/hunting rifles. I mean, I know a lot of you are going to try and turn this down, but honestly. There are zombies, so why not? It would give the game a better feel, rather than be all about killing zombies, getting loot, and repeating. Also, I kinda believe teaming up with friends and messing around with hostile NPCs would kinda be quite fun, better than angry children run…

I have seen suggestions like this, but not in great detail, and it would be something quite useful to have in the game, and make it more fun for people playing solo. Pretty much, NPC camps can spawn at random in certain areas, and you can find a wide array of NPCs there, which will give random quests in exchange for money, but some NPCs will do more, such as follow the player and defend them/fight alongside them in exchange for payment. When you enter the NPC’s dialogue window, it will give a …

Not related other than to shame you more

I was responding to stuttgart being an ass of sorts about you making a suggestion. (as well as sorta teasing him for his older suggestions)

so essentially, I was defending you, but if you’re gonna be rude yourself then I might as well delete that post and you can deal with everything yourself.

It’s ok you dont need to be sorry

Another thing that could be cool is to have random encounters like in Fallout 4, and to have certain base camps like in Rust (Bandit Camp, Outpost, etc). We sort of already have this in the form of the Liberator, for example, but having more including some enemy factions you can fight/join would be a cool idea.

I’m not sure if I’d want such a detailed NPC system in a multiplayer survival game. I like the old style, NPCs that you can buy from and such. But here’s what I want:

That’s what I’m talking about!,I would love to see it in the game and also events like this would happen irl as well.