LOVE IS IN THE AIR

“Love is in the air” (also known as the “Flower Thrower”) is perhaps one of the most famous works by #Banksy. Some art dealers and auctions conduct different public surveys. One of them, conducted in 2017, showed that more than half of the surveyed recognise this work by Banksy without any hints.
On this one the artist depicted a participant of a street #protest, whose face is hidden by a bandana. At first glance it seems that he is throwing a Molotov cocktail. But take a closer look and you will see that in fact he is holding flowers.
Banksy created the first image like this in 2003 during his first trip to #Palestine

His guide told him that no one is watching from behind the wall. And when the artist finished his work, he laughed at him – surely the wall is being watched constantly, it is at snipers gunpoint.
When we do not like something, we protest, sometimes we go out on the street to express our protest, to make the #authorities listen to us.
But often this protest gets out of control and escalates into a real war, in which, like in any other, there are neither right ones nor winners. A #bouquet instead of a “Molotov cocktail” in the hands of the Thrower, means that any changes must be achieved through #peaceful means, otherwise it provokes even greater violence.
The image of a guy is meant to remind you of the rebellious #activists of the 1960s, who brought opposition slogans onto the streets of Paris and became the forefathers of street art.
Or maybe the artist meant that protesting against the #capitalist or #military #regimes is as useful as throwing flowers during riots. The artist is often being told that his works are cynical and sarcastic. Maybe so, but there is one thing for which he can’t be blamed – that he doesn’t give people an opportunity to think, to try to understand the meaning of what they see. 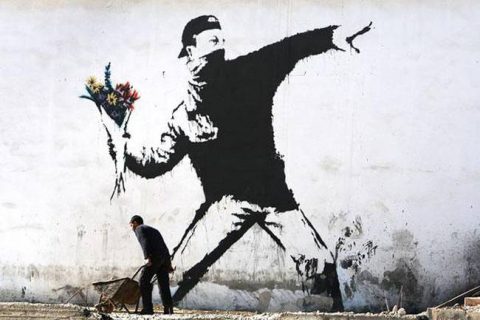 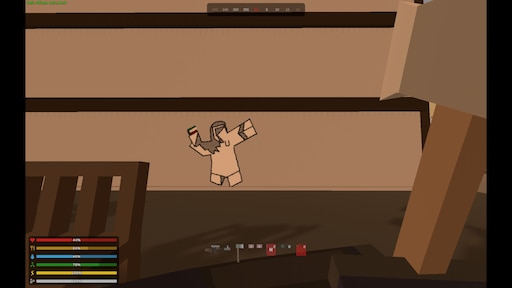 Nice, touching bit of art history there. Didn’t know about Banksy before