i just want to see maps that are big enough to feel like you have to actually make a journey to get around and also that you could eventually have actual faction warfare. unturned maps feel very limited in space imo. how about a way for a server to host all maps at once and having npcs be able to transport you around via quests

Bigger maps are a given, both due to advances in optimization and in Nelson’s new design philosophies of Unturned II, having learned from U3. It’s safe to say this has long been confirmed.

Being able to travel between maps is a somewhat controversial topic since it’s mildly counterintuitive for maps that are nowhere near each other. 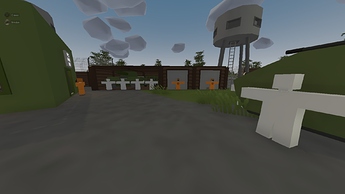 Larger maps would definitely be a thing I’d love. A few people I’ve talked to have also thought about figuring out ways to mod in transporting players between different maps in a way that could make a massive map without the performance issues you would get from something like an insane sized map in 3.0. Factions in Unturned II would also be interesting so I’m considering looking into ways I could possibly make a special gamemode to support it.

mfw p.riso drugs me and ships me to hawaii in a shoebox since I gave him a loonie

Larger maps will be good if they have a large enough player count to populate them. If a server still only has a max of 24 players, but a significantly larger map, the game will feel boring because people are too far apart.

I personally believe that this would only leave the game boring if it is the case of Unturned 3.0, which turned out to be a pvp-only game, but as Unturned II is more survival-oriented, maybe this does not disturb gameplay much, since players will be more interested in building their bases and surviving than looking for other players to get involved in a shootout.

However, I think we will have servers with higher capacities as well.

I had idea for travelling between maps where the map is surrounded by procedurally generated ocean.

So as you travel out to sea the map you just left would start to despawn/render (just render distance basically) then the game would procedurally generate ocean until the map you are travelling to has loaded.

With the large focus on gun play throughout development, I feel like pvp is going to be a major aspect of the game. I think that the pve aspect will be improved, but pvp will still dominate.

Focus on gunplay != focus on PvP.
Survival is the stated focus of II, that icludes gunplay.

With the large focus on gun play throughout development, I feel like pvp is going to be a major aspect of the game. I think that the pve aspect will be improved, but pvp will still dominate.

I did not say that the game will not have PvP, but it’s going to be a lot smaller than in Unturned 3.0, where all you do is jump inside a house, find an eaglefire (in Washington’s case) and go to the shooting. In unturned II, probably the spawn of weapons will be reduced with this, pvp will be a much scarcer thing, especially at the beginning of the game where people will not have as many guns, and after so much effort to get them players will not risk lose them so easily, with this the pvp decreases.

Not to dogpile, but the point of multiplayer non-coop survival games is usually to incentivise high stakes player interactions, and it’s what makes the genre so incredibly satisfying for me. I love the feeling of loot fear, the fact that hours (or minutes in 3.0s case) of progression are on the line, that I have zero way to gauge the skill level of the opponent, and that all dirty backstabbing tricks are available.

Having bad gunplay ruins this, as your hours of progression can be erased by complete BS. (In 3.0s case, usually third person or the games weird delays with random things) In my opinion having fun and fair PvP mechanics is the most important part of a multiplayer survival game.

Precisely. In short, the focus shift away from PvP is not to decrease its frequency necessarily, but to make combat across the board higher stakes and better quality. Of course, naturally a good non-coop survival game needs good PvP mechanics, which is why Nelson hasn’t spared any attention on gunplay regardless.

That being said the more obvious upside to the focus shift is that the non-PvP aspects of the game get substantially improved as well, so in reality, it’s a holistic improvement that cannot be summarized on just a single front of gameplay.

npcs be able to transport you around 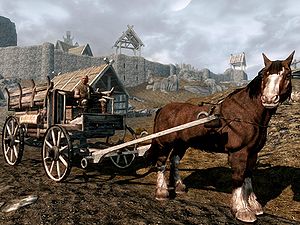