Hey everyone, I was wanting to talk about making animations for player melee attacks, as I’ve been working on a spear stabbing animation but am running into problems. I’ve used the player model and rig that is available in the unturned animations file, and set up a small set of animations in blender for equipping, stabbing, heavy stabbing, and inspecting my spear.

Importing the animation into Unity looks fine as well, as the preview window (while small) shows the correct model with the correct animations. The problem seems to happen in-game, as when I actually try to use the weapon, the animation either doesn’t show at all or shows a warped version of it that looks like the weapon has been moved a meter to the left of the character (depending on my settings in unity).

I appreciate any insight that anyone may have into this strange problem, and I hope it’s just a matter of incorrect settings or minor oversights.

Screenshots below of everything: 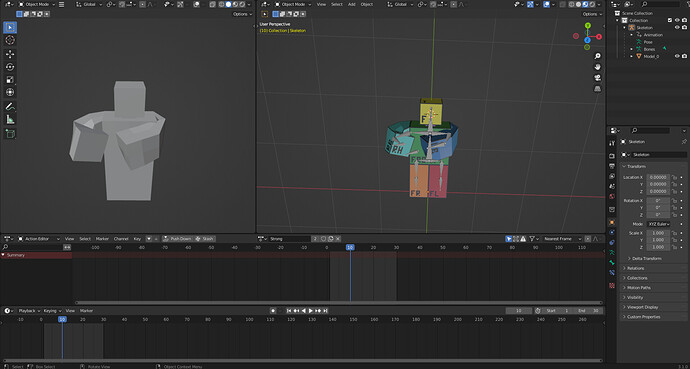 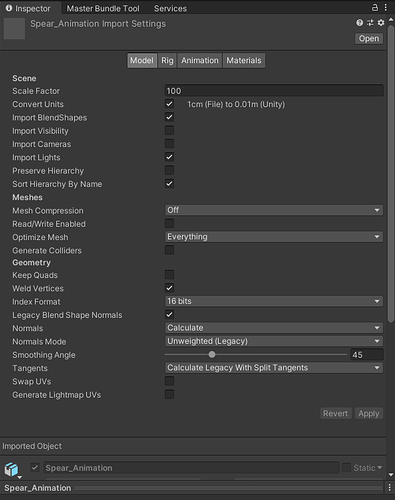 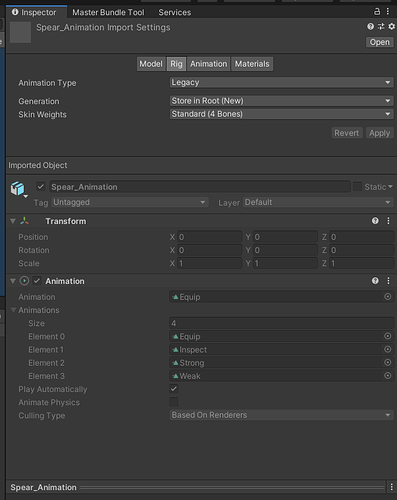 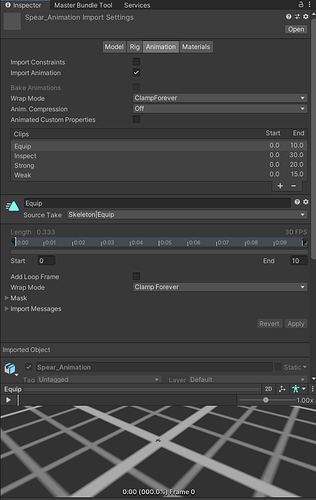 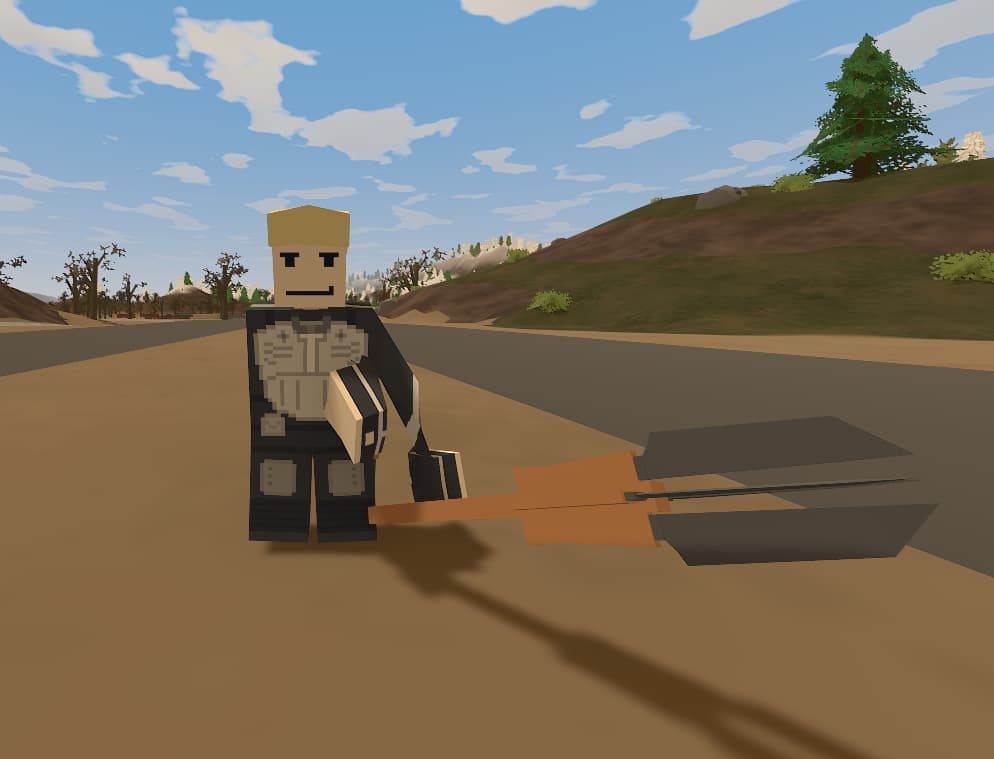 After a reading through a related thread that popped up while I was writing this (I promise I looked before), it seems to be an issue related to scaling. Blender automatically scales animations down from 1m = 1cm. Scaling them up in unity then breaks the animation for some reason.

The fix is to change blenders scaling to 1m = 1m either by scaling up in blender or changing Units in blender, and keeping the animation scale as 1 in Unity.

Thanks to anyone who has looked at this and I’m leaving it up as advice for others who do the same.