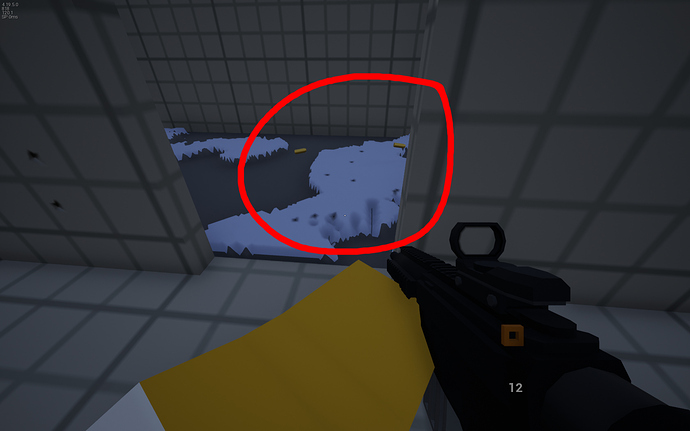 When firing the Eaglefire near a doorway, sometimes the casings will get stuck floating in the air rather than drop to the ground. I haven’t been able to consistently replicate it. 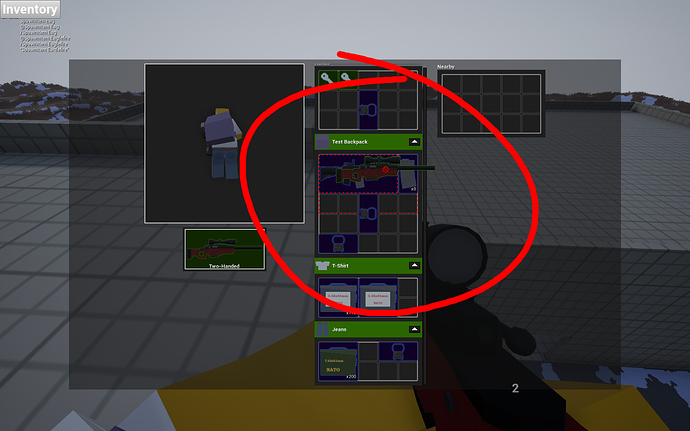 The bug that occurs is that the game is generating a highlight for both open space and overlapping space at the same time. The empty space is only un-highlighted when your selection is moving into similarly non-overlapped space.

If you move it into an overlapping space, it will attempt to show a highlight based on the empty space and then stop updating.

Foliage Rustling when Inside 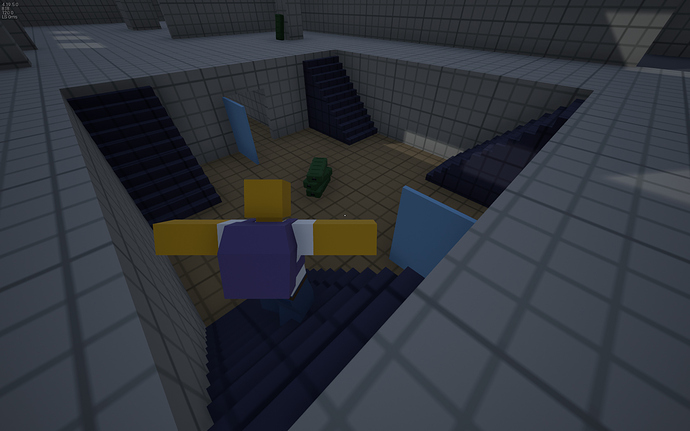 This part of the tunnel causes the player to, on occasion, make snowy/grassy footstep sounds. This even occurs while moving on the stairs. 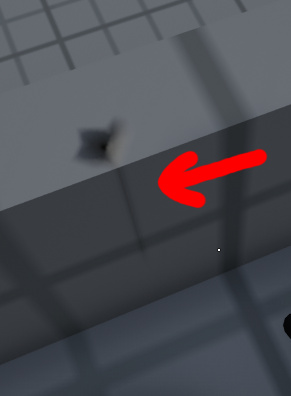 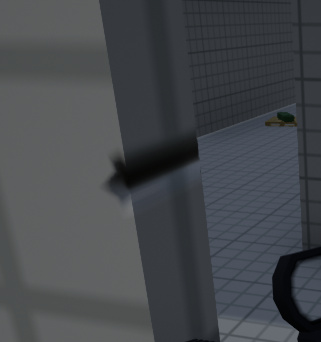 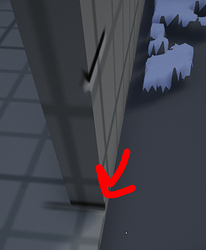 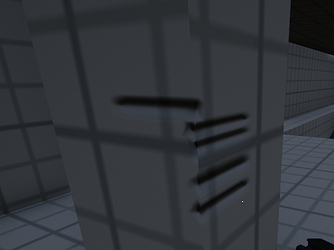 Not a huge issue, just derpy. 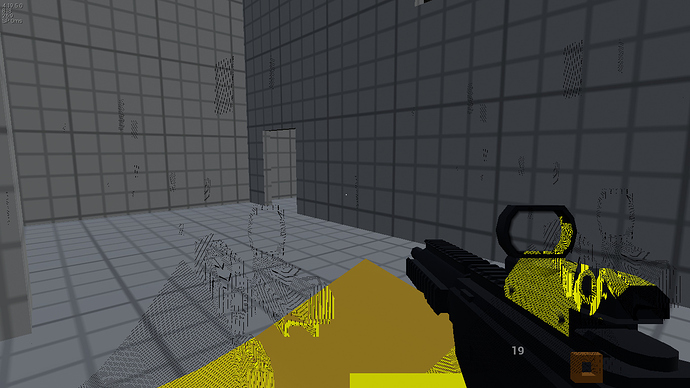 @MoltonMontro this is better 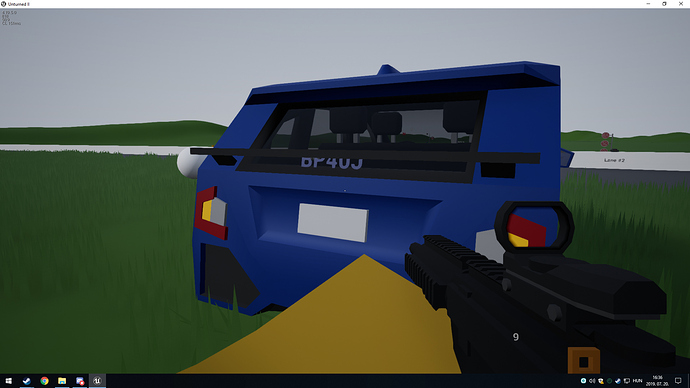 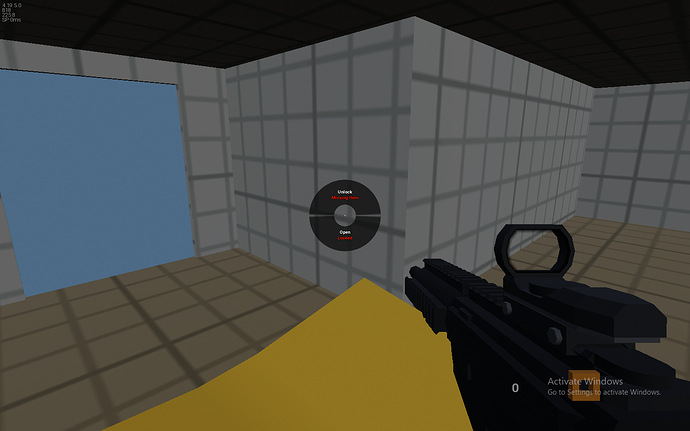 Interact radial menu stuck on screen when spamming F on a door.

Adding on to the “interior foliage” bug, it seems to always happen when the floor you’re walking on is exposed to the sky. An easy way to replicate this is to go onto the roof, where you’ll occasionally hear snow crunching sounds while walking around, even though there isn’t any snow. 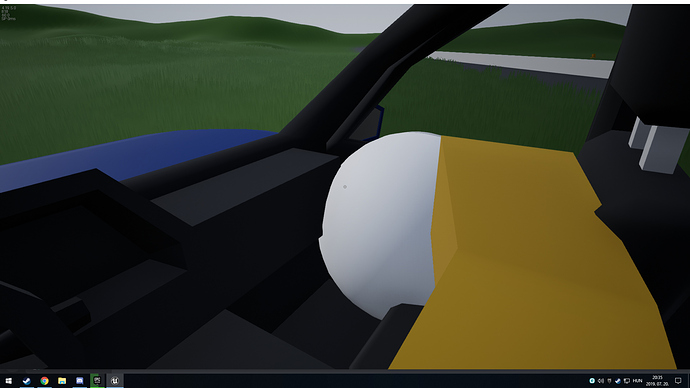 Bullets do not come from the gun, like what was said. Well, they might. But the “crosshair” first person and third person don’t line up. Also, you can shoot behind you os you third person into a wall. Freelooking and shooting line up with first person i think.

A fix might be making the crosshair point where the gun is pointing, and not the center of the camera. A good example is the cw 2.0 mod for gmod (customisable weaponry 2.0). If you place down a camera and look around, you see the crosshair pointing where the gun is. (I’ll make a video woth uII and cw 2.0 when i get home from my grandparents house to explain my point better. It may be up today, it maybe be up tommorow)

To clarify, the T-posing is due to you equipping the gun in your left-hand, which doesn’t have the proper animations anymore. To replicate it, all a player has to do is manually equip a gun in the left-handed slot.

Thanks for the reports guys!

I thought the T-pose with Eaglefire in left hand was fixed, time to re-investigate.

To clarify on the snow noises: when there’s snow on the ground the game considers anywhere exposed to the sky as potentially snowy, but those surfaces didn’t have a snow shader yet.

changing sights. I know scopes was like that scene from the beginning we were not able to see the reflection in it but i still wanted to share it 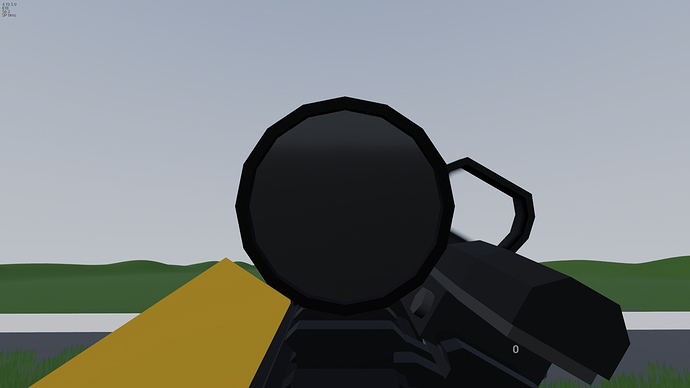 Dual wielding by putting a weapon into Left Hand then Right Click Equipping another weapon. 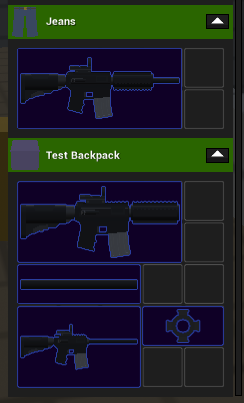 Not a bug - despite the barrel being longer than the handguard, the handguard turns the Eaglefire slots from 3x2 to 4x2.

Not sure if this is a bug or just an oversight, but at the moment you can shoot at any point during the reload animation, ending it and effectively making reloads instant.

Has using the detach option on ammo crates been mentioned anywhere? It deletes some of the ammo when you do it from what I’ve noticed.