Changes and updates I would love to see in future updates

Seeing how Nelson is focusing on Unturned 3 again and plans to rework some core features like animals and vehicles, I’ve decided to compile some ideas I have for Unturned here, hope y’all don’t mind!

Disclaimer: I know game development takes a lot of time and effort, so I understand that many of these suggestions might not make it in future updates. I still hope they can happen one day however, and that’s why I’m making this post

Nelson has mentioned he’d like to merge animals and zombies into one base enemy type, so I’ll try to make my suggestions be for a “Base enemy” that can then become an animal or zombie type.

At the moment animals only make sounds when attacking you, or when running away, staying completely silent when doing neither of those. Zombies however do have idle sounds! If the merge does happen, I hope it gives us the ability to change idle sounds n stuff.

Basically an enemy that doesn’t try to melee you, but keeps their distance and tries to kill you with a weapon/ranged attack. Think skeletons or ghasts from Minecraft, or I.O. guards in Fortnite: AFAIK the closest we can get to this at the moment are acid zombies or reskinned sentries.

ok but for real, I think it’s possible to make them work:

Sea animals: I can only think of making them detect when they’re in a water volume or in land to make the swimming work, and when on land they’d start losing health while trying to go back on water. As for AI, they would act pretty much like the current animal AI, except instead of running away they swim away. Think the fish in Minecraft for example. 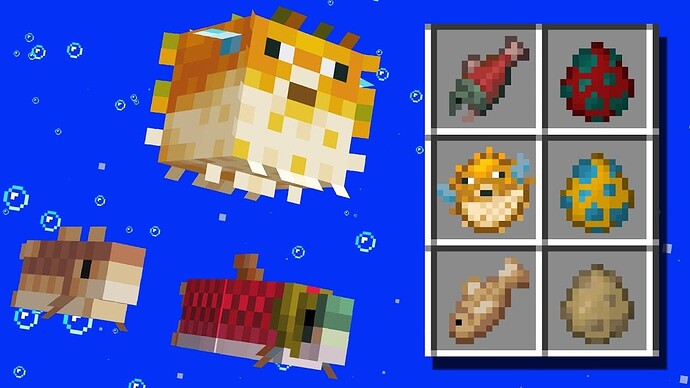 Air animals: Can probably work like Phantoms in Minecraft or crows in Fortnite: they spawn in random intervals in the sky, they attack you (if hostile) or land on something, then fly away after a couple of seconds and despawn (if neutral/defensive). 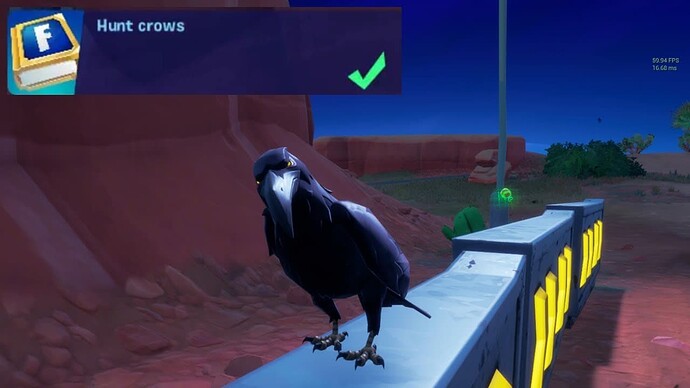 This one is more of a “I’d like to see this, but it doesn’t have to happen” suggestion, but I’ll still write it down.

I only have one idea for the existing megas:

Groundpounder: Give it an attack where it locks into the player’s direction and rushes at them, stopping after a few meters or after it hits something.

As far as I know Flankers and Acid zombies are the only types of special zombies without a mega counterpart, so I thought of possible attack behaviours for them if they were to happen:

Flanker: Creates up to two fake clones of itself that have less health, but still deal the same amount of damage, and disappear when the real zombie dies. Could also have an attack where it disappears briefly, then teleports behind the player (nothin personnel, kid).

Acid: Attack #1 could be essentially just a reskin of the Flamethrower attack, except it leaves a trail of acid as a result. Attack #2 could just be the basic spit attack but it makes a bigger acid puddle idk

Also fun fact: When making Rio we wanted to have a special mega zombie that spawned red eyed zombies as an attack, but that didn’t happen and it got scrapped; Here’s concept art made by L2 way back in 2018: 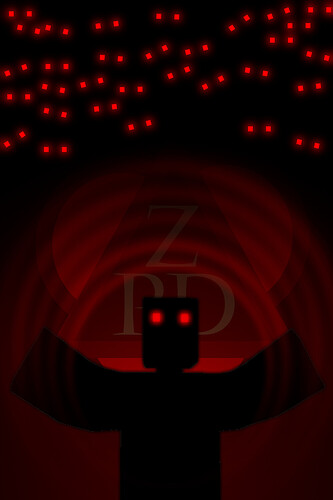 I think that’s all I have for enemies. On to…

Stealing this one from F-Zero but also Fortnite: But basically just making it so on the press of a button, certain cars get a speed boost, at the cost of your vehicle’s gas… The % of gas used can be configured in the vehicle .dat. Acts pretty much the same as a normal animal, except it can be tamed and used as a vehicle you can use them to travel around the map! It uses energy instead of gas/batteries, and when it gets tired it goes into a “resting” stance where it regenerates some stamina before letting you ride it again (can be sped up by feeding it a “preferred food”). Will wander around the area when not in use, unless tied to something (i.e. a fence). You can also “boost” while riding them, but just like the vehicle boost idea, it’s at the cost of the animal’s energy. 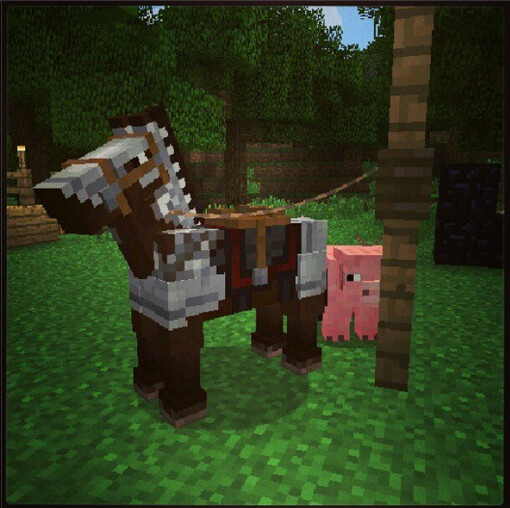 I think that’s it for vehicles, time for…

I did ask Nelson about this a while ago, but this was his response:

I decided to think about how it can be achieved, and I thought of some possibilities:

For ambient/atmospheric music that can play at any time, similarly to Minecraft’s, having a radius where the music volume is lowered/muted when players are nearby could work, as well as having the server disable map music by default. Music/sounds attributed to an object could also be configured in it’s .dats to be server muted and/or lowered when certain criterias are met. Probably can have an option to not be lowered in i.e. safezones.

“why do I hear boss music?”

So I’m gonna use Fortnite as an example again for two reasons: first, because it’s also a PvP game with PvE aspects, and second because it implements it well, IMO: But explained in text: Basically, it could be possible for certain animals/zombies to have custom music play when you fight them. Notice how the music fades in and out based on the combat situation, and the boss’s music overrides the basic enemy music. And just like I proposed for the ambient music, it can be muted by the server and/or lowered when real players are around.

I think these are all of the suggestions I had in mind, at least for these three topics; I’ll probably come back with suggestions for other features (i.e. gamemodes, maps) in the future, but we’ll see. Do let me know if I got something wrong by the way!

These are all great ideas, However it is gonna take some time to actually implement them as Nelson will have to improve some of his code

i dont really agree with the idea of ambient music. One of my favorite parts of unturned is (when paired with the right atmosphere) there being a lack of music. it makes the apocalyptic feel of the game be more realistic feeling. as in you are alone. nobody except for you, zombies, and stuff thats all trying to kill you.

This is something I would like to see added or updated.

While playing on Kuwait, I noticed that the navigation could use an update. So recently, broken environment objects by players such as fences could make for new paths for zombies to use to reach the player more quickly. 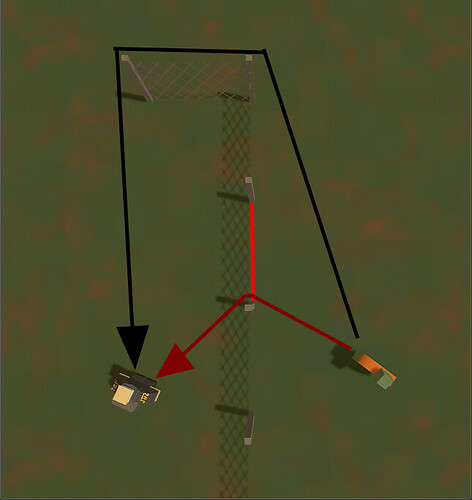 Another thing I would like to see is the ability for zombies to break environment objects if it is necessary to reach the player or make for a shorter path to the player instead of walking the long way around.

I will eat your flesh!!!

Ambient music?
-Absolutely not, especially giving how competitive it sometimes gets in this game.

Vehicle boost?
-All-in on that one, even though the vehicle physics are still not great.

More special attacks and zombie types?
-No. I still consider flanker and burner zombies one of the worst additions to the game. I know how to deal with them but they are way too annoying (especially for new players). Not even mentioning the “bulletproof ghost” zombie, which, luckily, is disabled by default.