I’ve recently started a character model for a game I want to start doing with a friend but I have no clue on how to approach clothing without clipping through the body bellow it.
I want our character to be able to change gear separately (body, hat, gloves, shoes). 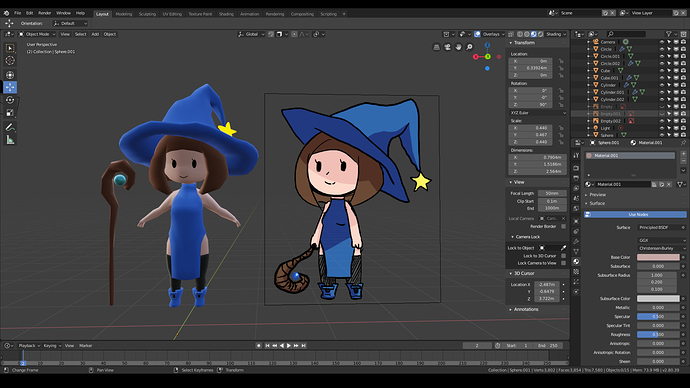 How is it handled currently? Clothing will, usually, have some sort of clipping issue.

So I’m curious on how you currently plan to go about animation. I’d say to do meshed clothing when possible, and then have cloth physics on any drapery bits. Definitely just let the game fogure it out based on however you set the physics up.

I dont have it set in any way yet, I didn’t think of using physics, maybe it’s not a bad idea, although I’d have to learn how to go about it.

I have no idea what you mean. XP
Is programing involved in this?

Yeah pretty much, with inventory management and shit like that

Was hoping for something more concrete, this is all very vague.

Was hoping for something more concrete, this is all very vague.

I can clarify a bit on the two suggestions.

how to approach clothing without clipping

It didn’t seem like you had an idea for how you planned to animate the clothing (and other assets) as character’s moved, which was what would be causing clipping issues to begin with. My suggestion was to use [1] cloth physics and [2] proper meshed clothing that’s attached to the skeletal mesh.

I want our character to be able to change gear separately

He was talking about the system that would be required (in some form) to store the various types of alternative gear. In most games, an [1] inventory system is used (as opposed to just some toggles for each clothing option), so that’s what he was talking about.

TophatPesky was concerned that, when you designed the above character, you did not [2] separate the clothing assets from her body. The easiest way for your to handle switching individual pieces of gear would be to make each piece independent from the actual character model, so that they can be swapped in and out. If you are using the Unreal Engine, I would suggest looking into [3] the Master Pose Component. If you’re using a different engine, it may still be helpful to look up the MPC just so you have an idea of what to look for, and so you better understand TophatPesky’s advice.

The clothes and the character’s body are separate objects. 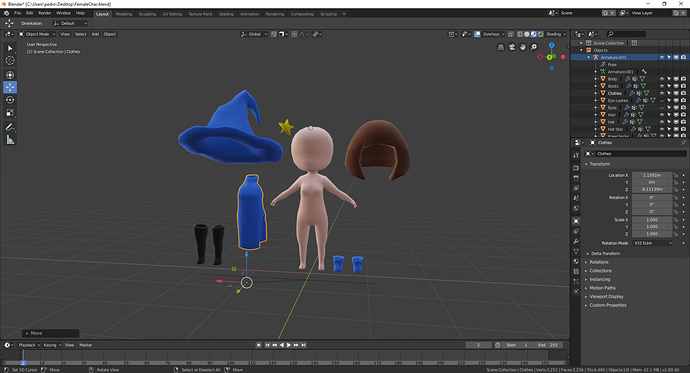 All of these items are attached to the skeleton but they don’t deform equally as the body underneath so there’s clipping.
I’ve seen some videos of doing the legs and arms separated from the body and having a body for each piece of clothing with the skin that we don’t see deleted.

I’ve seen some videos of doing the legs and arms separated from the body and having a body for each piece of clothing with the skin that we don’t see deleted.

Unless theirs gonna be customization for hairstyles